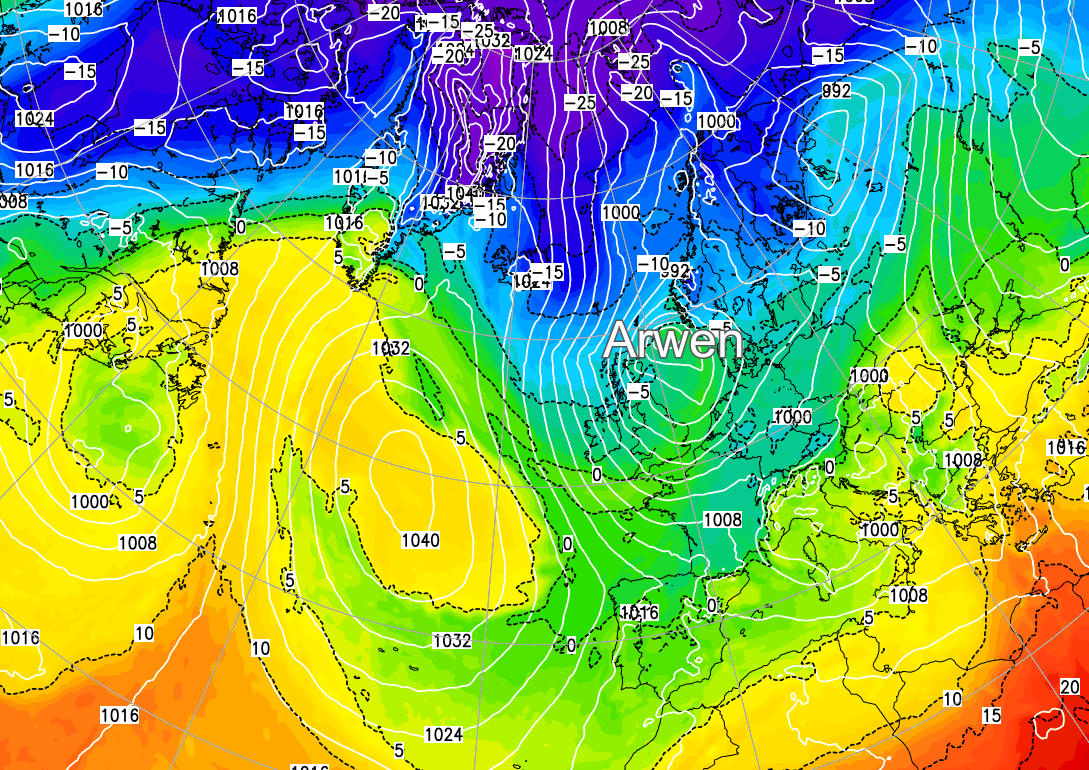 Storm Arwen inbound: Severe weather Friday and into the weekend

We're in a relatively cold spell at present with northerly winds, but today the weather is set to be quiet, clear and sunny for most of the country. This will change towards the weekend as Storm Arwen will be on the scene. The focus will be on a spell of very windy weather on Friday night into Saturday, with the potential for snow for some, particularly but not exclusively on higher ground.

Today's weather looks set to stay cold and sunny for most, but there will be some scattered showers near north-facing coasts, mostly in northern Scotland, Northern Ireland, north and west Wales and along some eastern coastal fringes of England. These will be mostly rain at low levels and snow on high ground, but sleet and snow to low levels is likely in parts of northern Scotland. Across low-lying areas, temperatures will reach 6 to 8C in Wales and central and southern parts of England, but further north, highs of 4 to 6C will be typical.

Much of England and the east of Wales will see a frost this evening with temperatures close to or just below freezing. Still, it will turn milder from the north-west with some rain spreading into Scotland and Northern Ireland and heading south into central and northern England towards dawn tomorrow. There will be further snow from this over the Scottish Highlands, but most parts of Scotland and Northern Ireland can expect lows of 3 to 5C.

Tomorrow will be another mostly cold and sunny day once the rain belt clears from the southern half of England and south Wales. However, with the winds blowing from a north-westerly direction, showers, falling as rain at low levels, but snow on high ground will spread from Wales into most southern parts of England from around midday onwards. There will be wintry showers to low levels in Northern Ireland and snow in central and northern parts of Scotland, especially higher ground. Temperatures will generally be similar to today's, reaching 6 to 8C in central and southern parts of England and Wales, 4 to 6C further north.

The main event of interest for most of us will be on Friday night when troughs will move down from the north associated with named storm Arwen - the first named storm of the 2021/22 season. Bringing with them some very strong northerly winds. The Met Office has issued an amber weather warning for these over eastern Scotland and north-east England. North Sea coastal areas will be especially prone to seeing damaging gusts, with disruption to transport, localised flooding, power cuts, and risk to life from falling debris.

The strong winds will also be northerly, and with colder air digging in, there will be sleet and snow to low levels associated with this system. However, significant accumulations of snow look likely to be reserved just for high ground. In counties bordering the North Sea, precipitation may well start as sleet and snow but will turn to rain as the strong wind picks up off the comparatively warm North Sea. Further inland, precipitation is more likely to stay as sleet or (mainly wet) snow at low levels. 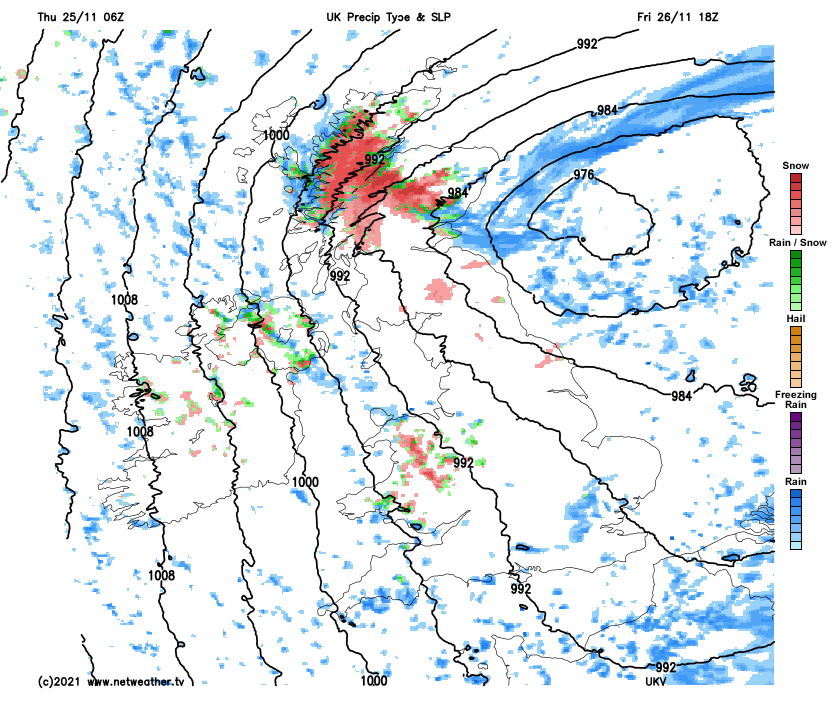 Under all of the wind and cloud, minimum temperatures will mainly be around 1 or 2C, but after the system moves through, skies will clear in Scotland, resulting in an air frost inland. There will also be sleet and snow showers heading off the North Sea into eastern Scotland. Many eastern parts of England will probably see the temperature rise temporarily to 4 to 6C as the strong winds come in off the North Sea.

Into the weekend and beyond

For most, Saturday will be a cold, bright and windy day with frequent showers heading in off the North Sea into eastern areas and a few scattered showers for north Wales and Northern Ireland. These will mostly be of rain from Lincolnshire southwards. Still, in eastern Scotland and north-east England, and in Northern Ireland and north Wales, there will be sleet and snow to low levels from these. Temperatures will be lower, with highs of 4 to 6C in southern and eastern England and mostly between 2 and 4C in other areas of the country. A widespread frost will follow on Saturday night into Sunday as winds ease.

Sunday will be another cold sunny day for most with some wintry showers near North Sea coasts, but it looks set to turn milder into early next week with winds blowing mainly from a west to north-westerly direction. 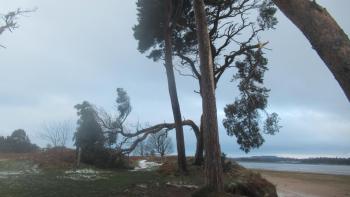