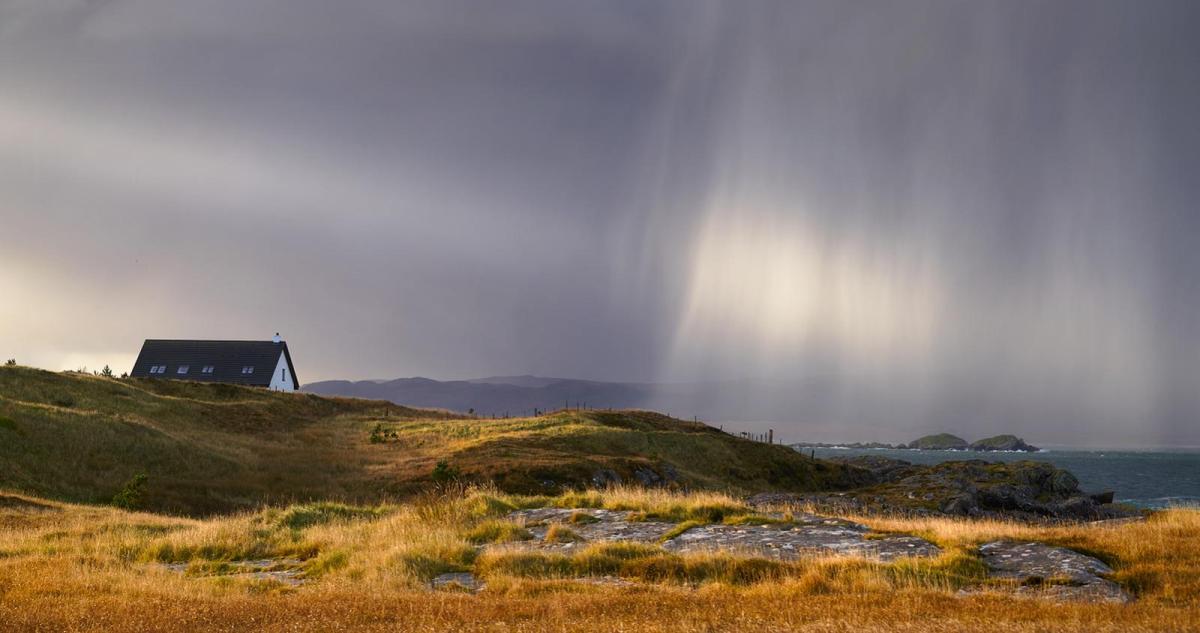 Although very mild, even quite warm for some over the next few days, it'll be unsettled, with the brightest weather mostly towards the East and South East. By Wednesday, most parts will begin to turn somewhat chillier ahead of colder weather from the North by Thursday.

Showers may then turn wintry for a while on northern hills, with much of England and Wales perhaps seeing their first ground frost of the coming winter later in the week. So growers and gardeners beware, but the cold snap will be brief, with milder showery weather returning into next weekend.

Monday has begun bright in some eastern areas, but with patchy fog, that'll clear through the morning. It's a mild start to the working week, albeit with a lot of cloud. We also have a band of rain in the West, which is heavy in places, that'll clear from Northern Ireland through the morning. As it works its way eastwards across the country, however, the rain will fragment, bringing mist and some hill and coastal fog. Some parts seeing nothing more than a little light rain or drizzle, while others have bursts of heavy rain. But wherever you are, go prepared for some rain if you are venturing out. 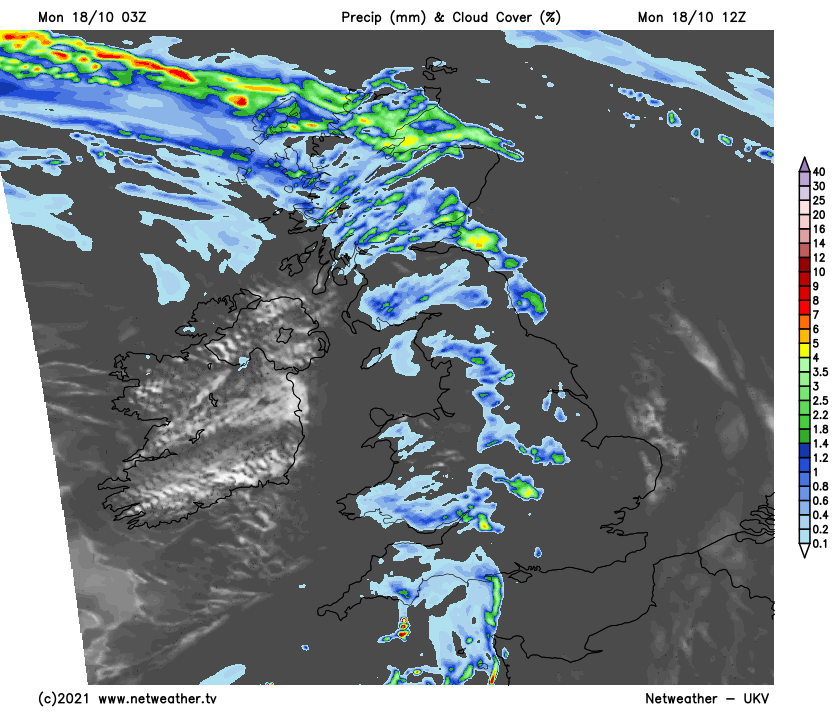 Where you see any brightness or a glimpse or two of the sun, temperatures could get as high as 17 or maybe 18C across parts of the South and East. Apart from the far North, 13 to 16C will be a more general maximum in a southerly wind that'll be strongest in the West.

It remains mostly cloudy into the evening, but with most parts having a drier interval. Scotland, Northern Ireland and the South see further bursts of rain overnight, though, with mist and some hill and coastal fog returning to some parts. But it remains very mild in a  southerly wind that'll but fresh or strong in the West, with minimum temperatures of 10 to 15C more like those you would expect during the day for mid=October.

Tuesday remains unsettled and mainly cloudy, with most seeing further rain at times or showers that'll be heaviest in the North and West. But in the East and South, after a wet start in places, you could see skies brightening a little into the afternoon. Should this be the case, and as tropical maritime air continues to flood across the country, it could become exceptionally mild even warm, with temperatures perhaps reaching 18, 19 or even 20C in the brightest spots across Norfolk, around London and perhaps along the North Kent coast. Even elsewhere, temperatures will reach 14 to 16C in a mostly moderate or fresh southerly wind that'll be strong at times in the West, giving gales in exposed areas. 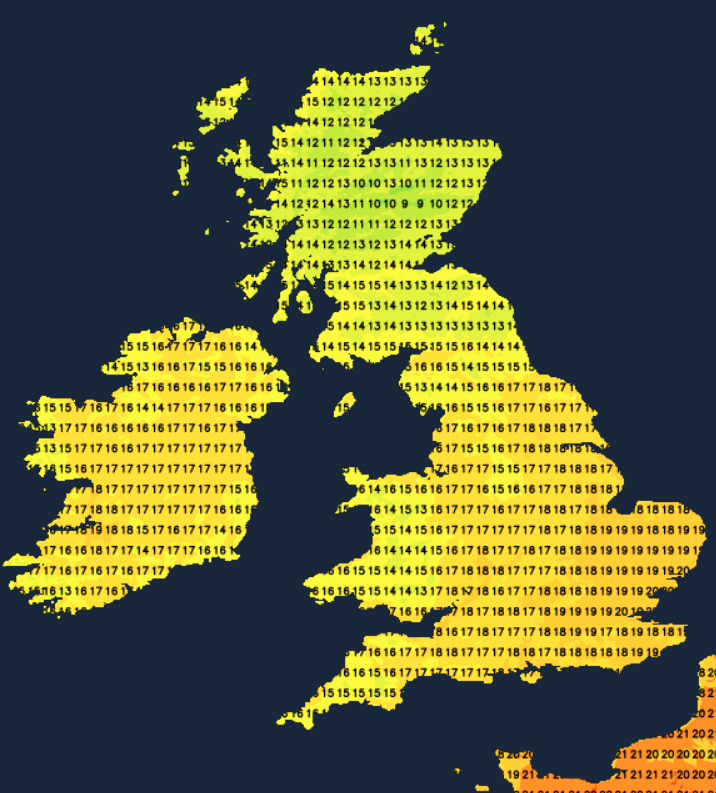 The unsettled conditions continue after dark, with most parts seeing further rain at times or passing showers in a moderate or fresh South Westerly wind. Later in the night, though, western regions, in particular, may see a change to somewhat clearer conditions with fewer showers, as somewhat colder air begins to move in off the Atlantic towards morning. But it'll remain mild in most parts for much of the night, with the lowest temperatures mostly between 8 and 12C.