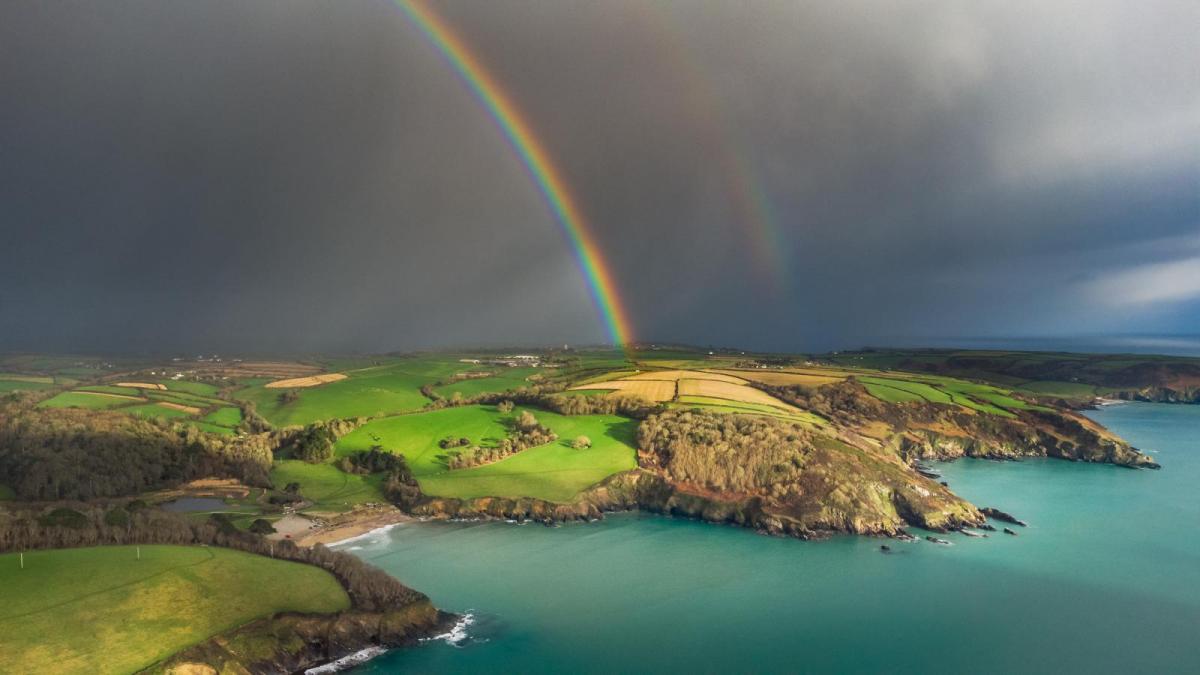 The recent quiet, anticyclonic spell has come to an end today, and we are moving into a somewhat more unsettled period of weather. It looks warmer from today until Tuesday, before the weather turns cooler later in the week.

Tonight will be generally cloudy and quite warm, but with some breaks in the cloud cover early on, especially over the southeast. Temperatures will mainly fall to between 8 and 11C, but in Northern Ireland and southwest England, lows of 13 or 14C will be widespread, which is unusually high for mid-October.

A belt of rain is set to spread across the country from the southwest during Monday, heaviest in Northern Ireland and western Scotland, but extending to most parts of Scotland during the day. There will also be some quite heavy orographic falls of rain over the high ground of Cumbria, and rain will be quite persistent for a time over west and south Wales and near the English Channel coast of southwest England. Many parts of central and eastern England will see very little or no rain from it, but it will remain generally cloudy everywhere. 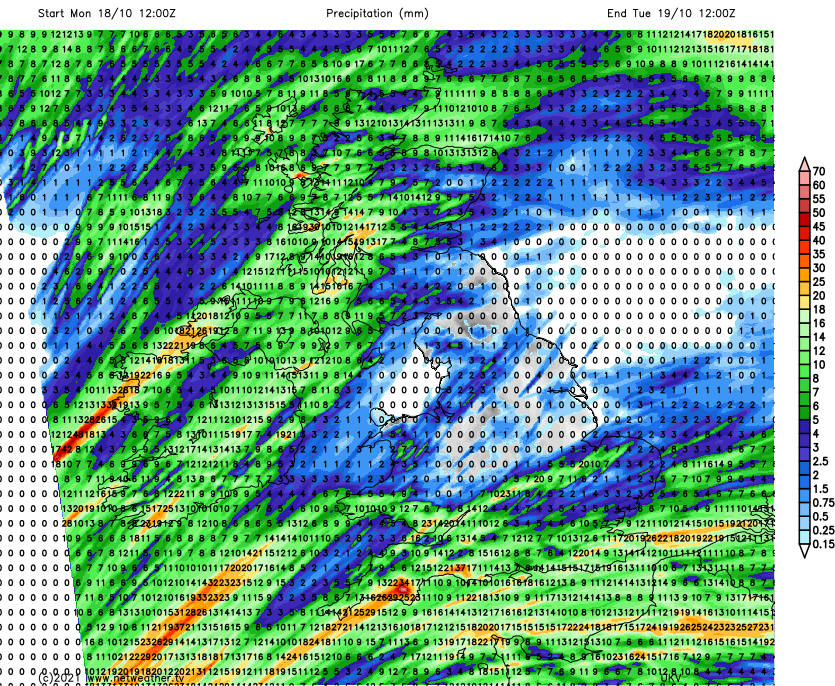 Monday night into Tuesday will be an unusually warm one for much of the country, with some parts of southern England not falling below 15C. During Tuesday, it will remain generally cloudy and humid for most, with outbreaks of rain spreading north-eastwards through much of the country. However, there is potential for some sunshine to come through in southeast England in particular, and where the sun does breakthrough in the south, temperatures may reach 20 or 21C. 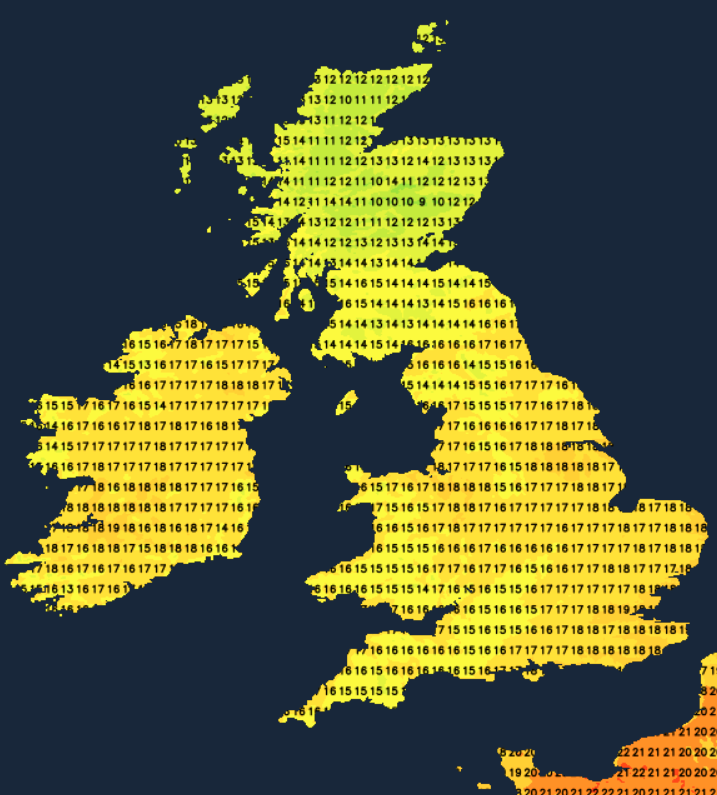 The weather looks set to turn progressively cooler from Wednesday to Friday, with brighter weather mixed with some showers and longer spells of rain on Wednesday and Thursday. A ridge of high pressure will move in from the west on Friday and into the early part of next weekend, bringing dry, sunny weather, though it will probably be short-lived.

Towards the end of the week, some snow is likely over the Scottish Highlands (but with rain at lower levels), and there is potential for some areas having the first frost of the season, but this is a long way off.