With Tuesday's deluge over parts of eastern England now into the North Sea, we have a drier day in prospect for these parts. But the wet weather was certainly welcome for some, after almost a month without a decent dollop of rain across parts of the North and East Midlands in particular. 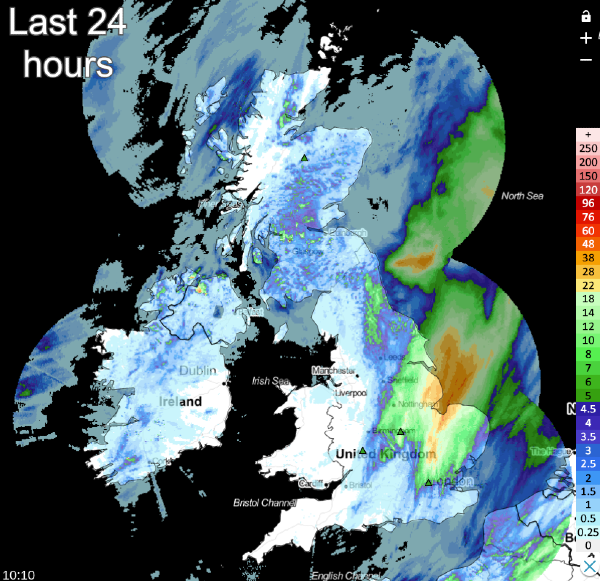 We still have the remnants of yesterdays wet weather in a grey, misty, even foggy, damp start, especially in the East This is giving some light rain or drizzle mostly over Yorkshire, Lincolnshire and the North and East Midlands, but this'll clear through the morning, For most though, it'll be fine with sunny spells and mainly dry. Still, across Northern Ireland and western Scotland, cloud will give some showers. East Scotland may also see the odd perhaps sharp shower developing later.

A mostly light North West wind becomes West or South Westerly, but with a chilly breeze along some North Sea coasts, particularly of Norfolk, for a while. For most parts, though, temperatures will be slightly above the September norm, reaching 14 to 17C in the North and 19 to 21 or 22C further South. 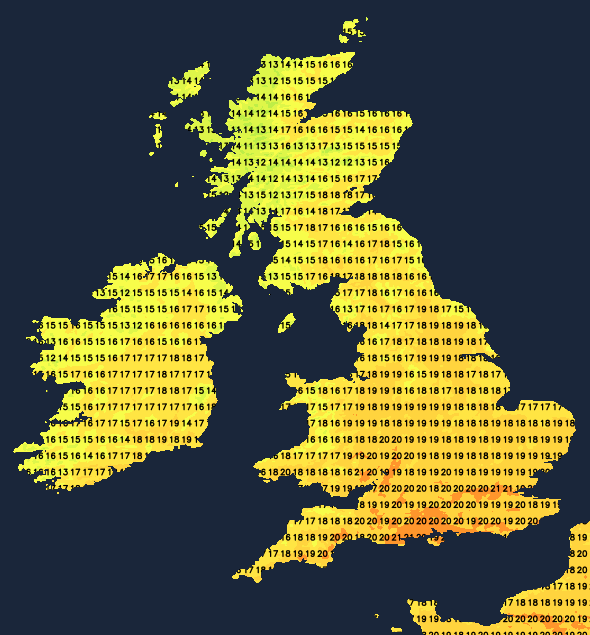 A weak ridge builds across the country after dark, with patchy rain over the North and West of Scotland fading. Any showers in the East into the evening will also disappear, leading to a dry night with clear spells developing. Light winds allow mist, patchy fog and a few areas of low cloud to form again, but it's not expected to be a cold night, with the lowest temperatures across the country mostly in the range of 8 to 12C.

The mostly fine weather with light winds continues into Thursday once mist, patchy fog and any areas of low cloud have cleared. There'll be sunny spells, and while some cloud will develop, it'll be mainly dry apart from the odd shower. But across Northern Ireland, cloud will increase bringing patchy rain that could spread to the Western Isles through the afternoon. Here a southerly breeze will freshen a little in a slightly warmer day, as temperatures reach 15 to 18C in the North and West and 20 to 22C in the South.

A Southerly wind brings bursts of rain to Northern Ireland, West Scotland and perhaps to parts of the South West after dark, while most of England and Wales remain dry and fine. Lighter breezes in the East could allow mist and patchy fog to form again where skies stay clear on a relatively mild night when temperatures are unlikely to fall below 8 to 13C.

'Blocked or partially 'blocked' situations are never easy to predict, with a cold front bringing rain to the West on Friday. But as this comes East over the weekend, it'll slow and weaken, leaving a lot of grey, misty, damp weather. On either side of the front, it'll be drier and brighter with some sunshine, but the timing of the front is tough to determine at the moment.