Warm air, a good deal of cloud and heavy downpours this weekend

This week has seen a good deal of cloud across the UK which brought patchy drizzle for some and temperatures in the high teens/low 20sC by day and mild nights. With a brisk west wind parts of NE England and eastern Scotland saw warm sunshine, to the lee of high ground and Bridlington reached 24.8C yesterday.

Low pressures kept influencing the UK weather for the end of this week. Frontal rain and more cloud from the west and as a low centre moves right over Britain by Sunday there will be heavy, even thundery downpours. Next week high pressure tries to build in and settle the weather down which might last for the late August Bank holiday. That would bring something fine and drier, but it does not mean that there is a heatwave on the way. 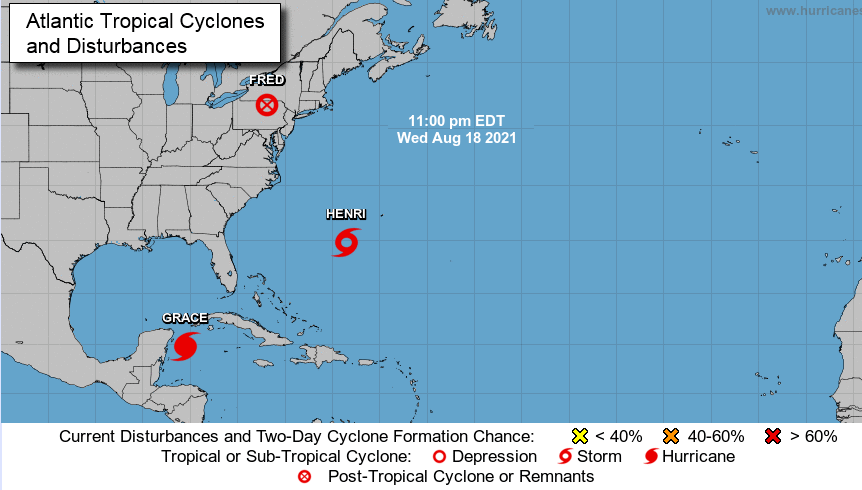 The Atlantic hurricane season has moved up a gear. Fred is now a post-tropical cyclone inland bringing a lot of rain. There are warnings from Pennsylvania up to New England including New York state. Grace is heading westwards towards the Yucatan peninsula of Mexico where there is a hurricane warning today. There are concerns about the damaging winds, torrential rain and a dangerous storm surge. Tropical Storm Henri is forecast to strengthen to a hurricane and move northwards through the weekend. The cone of its possible track is very wide with

“...the risks of storm surge, wind, and rain impacts in portions of the north-eastern U.S.and Atlantic Canada remains a distinct possibility.” NHC

It is battling with wind shear but still over warmer than average seas for the time of year. The computer models vary greatly with how Henri will fair. 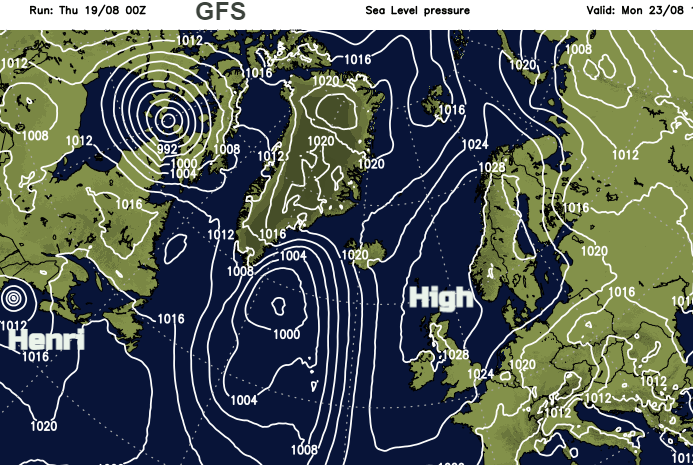 And the computer models are struggling this side of the Atlantic, with our UK weather. Around the detail of where the heaviest rain will be this coming weekend and where the high pressure for the Bank Holiday weekend will park itself (and so the direction of airflow).

There is still a fair amount of cloud across the UK today with a few breaks for eastern England with glimpses of sunshine. One or two showers will drift eastwards over southwest Britain as a weak frontal system edges in. This looks to bring clusters of heavier showers over North Wales and which then move eastwards towards the Humber through the day. The Convective Forecast for Aug 19th identifies the risk of " a few thunderstorms breaking out in these areas." A weak cold front has already edged down over northern Scotland, and this still brings more cloud and a little patchy rain, but it will feel cooler behind this. 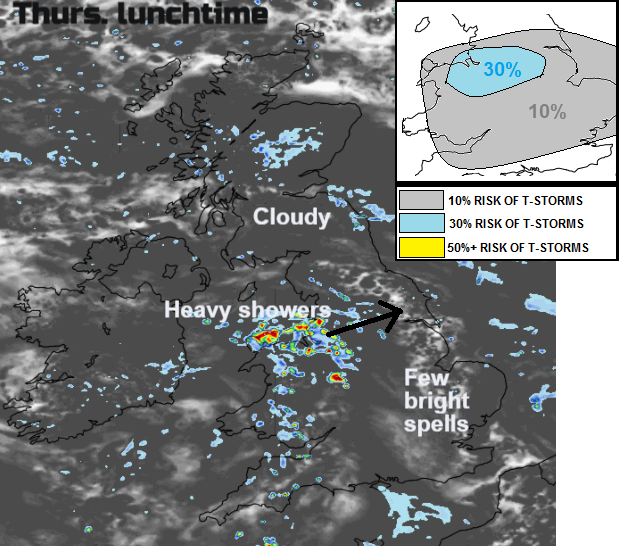 In the brighter spells for East Anglia, Kent and up through Lincolnshire temperatures will tip into the low 20sC with a light westerly breeze. Temperatures will fall down into single figures for inland Scotland tonight, so a coolness for the start of Friday here.

The next low pressure begins to throw its weather fronts over Ireland during Friday morning with some heavier bursts. The southerly wind picks up and ahead of the frontal rain and cloud it will feel warmer through Britain. More areas in the high teens and low 20sC. 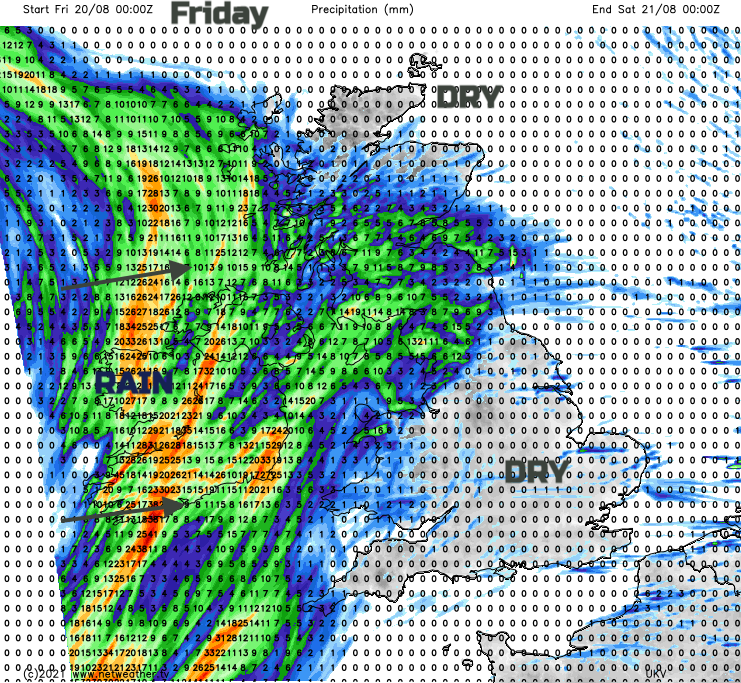 This rain spreads over Northern Ireland and up over Scotland during Friday afternoon and night. 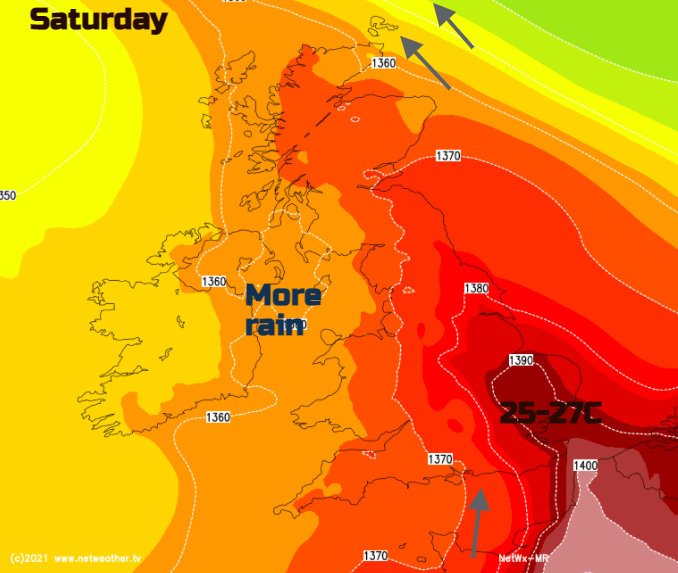 This weekend there will be warm and humid air pulled up from the south. However, bands of heavy frontal rain will swirl over the UK with heavy, thundery showers developing. It won’t rain the whole time and there will be longer, dry and sunny times but when it does rain you will know about it. 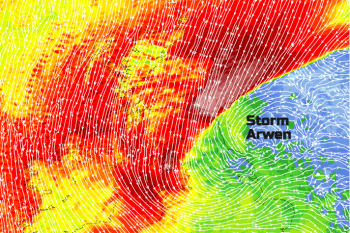 Storm Arwen - Where and When