In contrast to the high pressure which brought the hot, dry, sunny weather that characterised much of last week, today we have a low pressure system on top of the British Isles. This is currently bringing plenty of cloud over much of England and Wales. There have even been some scattered thunderstorms first thing, especially over the south, including a localised one over parts of the East Midlands during the early hours of this morning. Skies are generally clearer over Scotland and the far north of England. 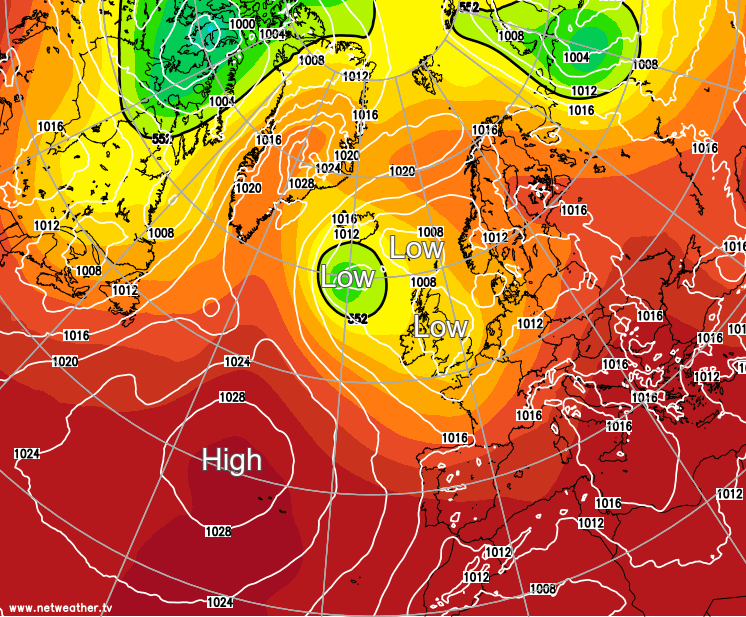 The cloudier skies will push further north as the day progresses, but the cloud will tend to break up, allowing some sunny intervals through. Showers will break out widely, some of these heavy and thundery, particularly in south-west England around midday, and also in central and eastern Scotland, north-east England and through the Midlands, East Anglia and Lincolnshire later in the day. Maximum temperatures will be highest in eastern England, reaching 22 to 24C in many areas and reaching 20 or 21C over much of eastern Scotland. In the west of Britain, highs of 18 to 20C will be more typical.

A storm forecast has been issued for today: 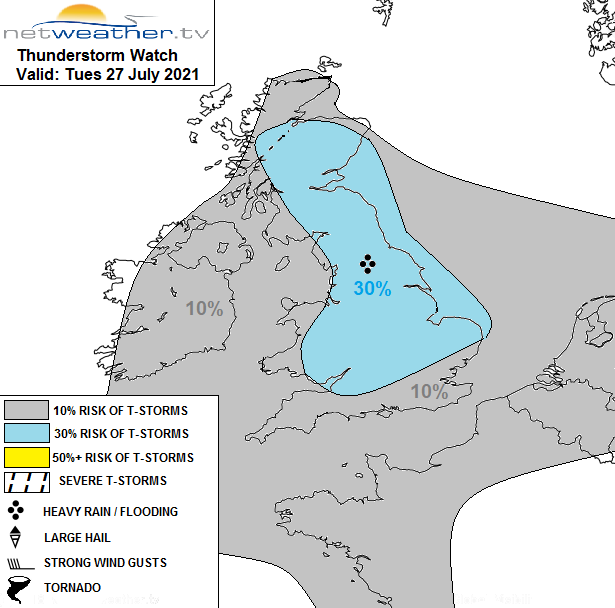 Showers will generally fade during the evening and overnight, but some scattered heavy thundery showers could persist into the evening. An area of persistent rain will move into central and northern Scotland overnight. Overnight temperatures will typically fall to 8 to 10C in Northern Ireland, 10 to 12C in most other parts of western Britain, but holding up at 12 to 14C in many parts of eastern England. A strengthening westerly wind is expected over England and Wales.

Low pressure will continue to dominate, and it will become increasingly windy as the low pressure deepens and moves slowly away north-eastwards. Wednesday will be a dull wet day over western and central Scotland to the north of the Scottish Lowlands, with temperatures only reaching 11 to 13C in many places. Elsewhere, it will be windy and showery with a fair amount of cloud but some brighter spells, particularly in the east. Some heavy and thundery showers are expected to develop in central and eastern parts of England. Temperatures will reach 20 to 22C in the East of England but will be held back at 16 to 18C in most western areas.

It will remain windy on Thursday, especially in England and Wales, with plenty of cloud and some rain or showers, particularly in western areas. The cloud and wind will probably result in fewer showers developing in central and eastern England. However, in eastern Scotland and the far north-east of England, where winds will be lighter, some heavy thundery showers could develop. Temperatures will be highest in the east and south of England and eastern Scotland, where highs of 20 to 22C will be quite widespread. Still, elsewhere it will be on the cool side with highs of just 11 to 13C again in parts of western Scotland and 13 to 15C in some other western parts, especially north Wales.

Friday and the weekend

As the low pressure moves out into Scandinavia, we will pull in a cool north to north-westerly airflow over the British Isles. With a more stable air mass and higher pressure starting to build from the west, we can expect less showers, and some places will stay largely dry, but there will continue to be plenty of cloud for most of the country. Sheltered southern parts of England and Wales and parts of the west, especially western Scotland and Northern Ireland, will have clearer skies and sunny periods. Temperatures will tend to be highest in southern England, with highs of around 20 to 22C in many places, but it will be cooler further north, particularly in northern and eastern Scotland and north-east England.

The Greenland ice sheet melt season has been quite modest so far by recent standards, but the cool north to north-westerly regime that is forecast to develop will be associated with high pressure developing over Greenland. With a relatively warm air mass covering Greenland combined with the high pressure, there may be a substantial ice melt event in the region this week. 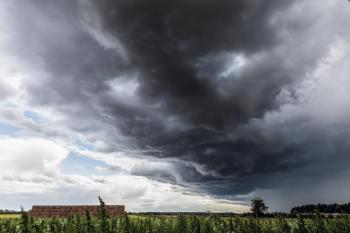 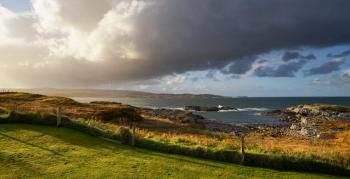