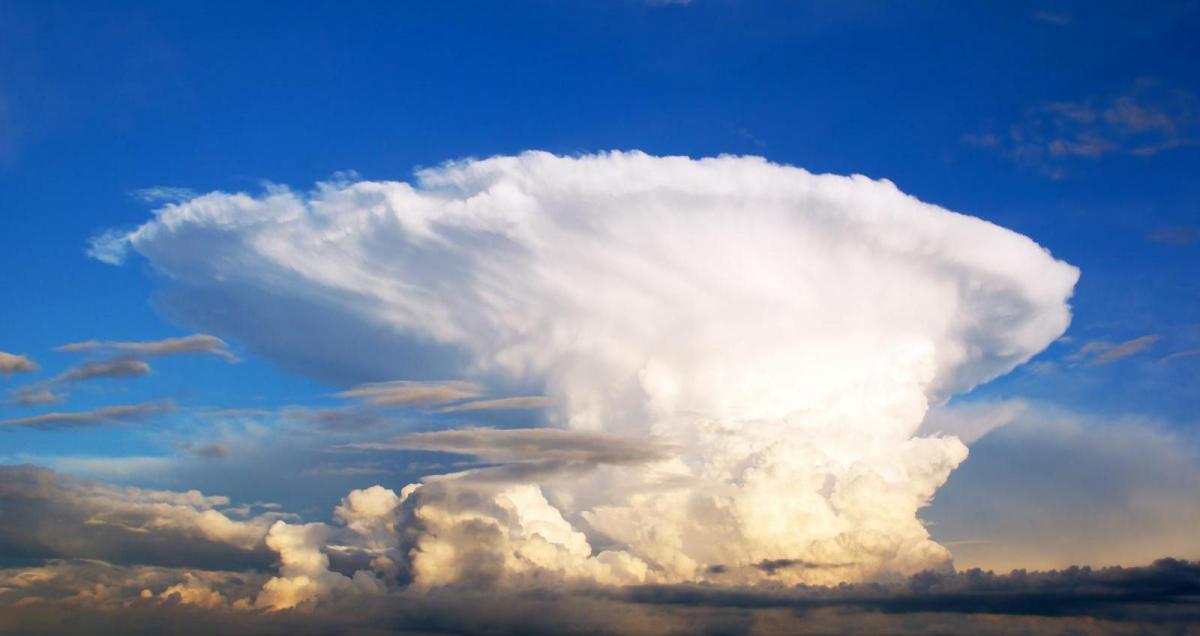 The heatwave is now behind us, with temperatures heading back to more average values for the time of year for many as we had into next week. There will still be some warm sunshine to be had though the next few days and it will feel humid too. Across SE England and East Anglia there will be a threat of thundery downpours today though, with showers likely in other places on Monday too. Tomorrow, if anything, will be warmer than Sunday, with temperatures reaching the mid-20s more widely in sunny spells, though there will also be some showers breaking out, particularly in the north but also a few elsewhere.

But from Tuesday onwards and for the rest of the week it will turn increasingly unsettled and cooler across all parts, as an increasingly active jet stream over the Atlantic takes aim at the UK and keeps us locked under low pressure which will be sat over northern Britain for much of the week. So, it will become breezy and cool, with showers or longer spells of rain, showers locally heavy with thunder. 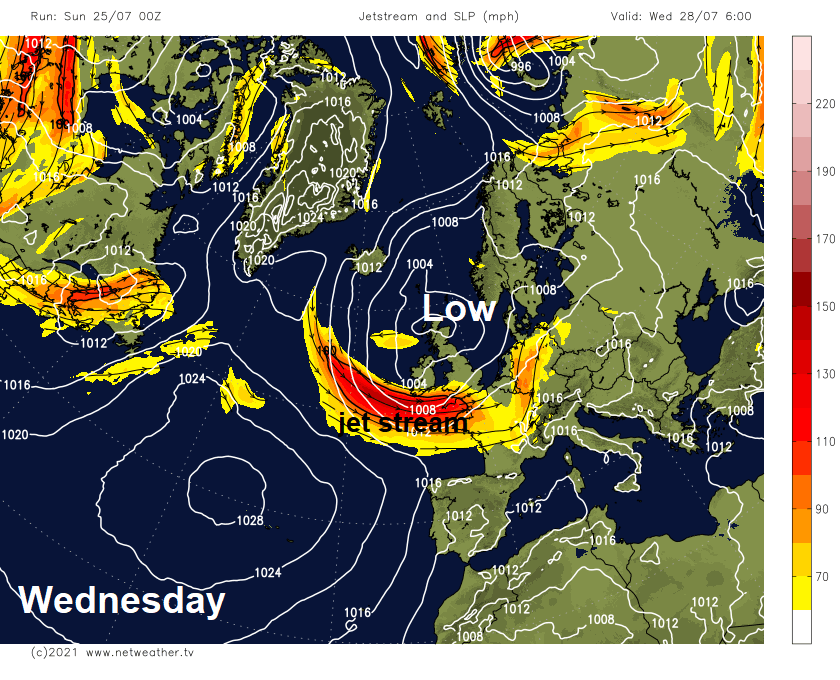 An area of low pressure close to the southeast is feeding in cloudy skies across much of southern, central and eastern England this morning, with further showery outbreaks of rain likely in places, particularly towards the southeast. Later this morning and into the afternoon, this cloud should break to allow some warm sunny spells, but with low pressure nearby this will trigger some heavy and thundery downpours in places, with a risk of localised flooding. A Thunderstorm Watch has been issued by Netweather for SE England and East Anglia. Elsewhere, mostly dry with plenty of warm sunshine. 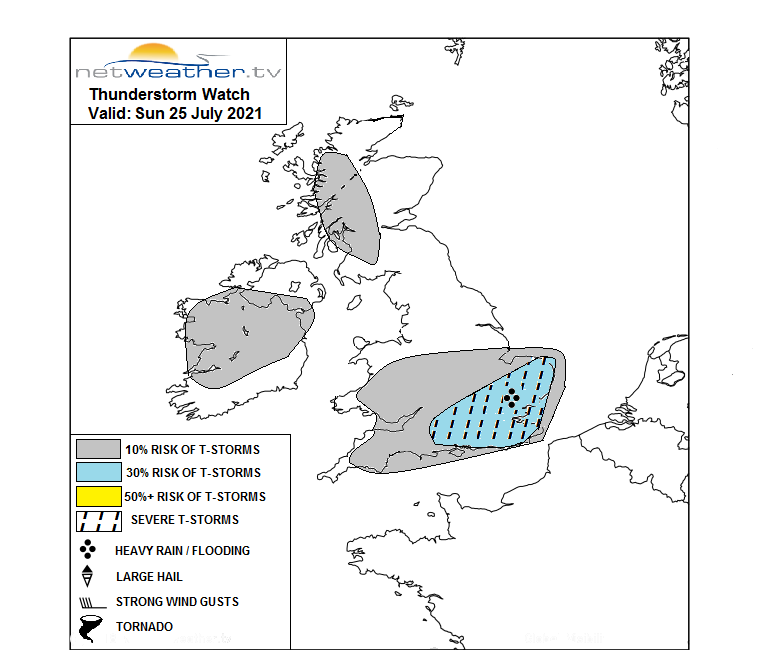 Elsewhere should be mostly dry with warm sunny spells, once early low cloud clears eastern areas, best of the sunshine in the north and west. Though a few showers popping up across higher ground can’t be ruled out. Temperatures today not as high as recently, but still warm or very warm. Highest temperatures will be towards the west this afternoon – reaching 21-25C, 19-21C in the east. 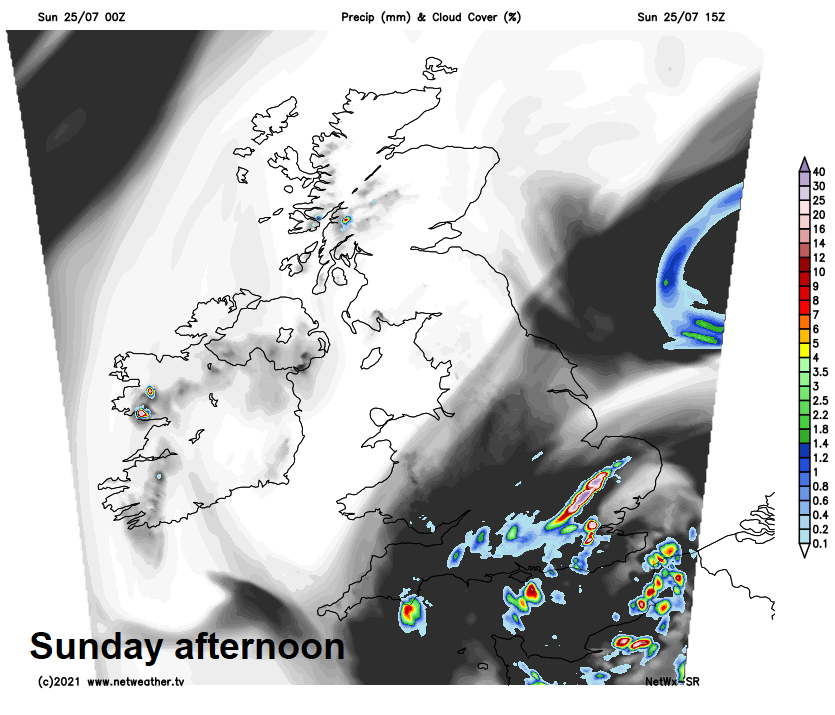 Thundery showers across SE England and East Anglia should slowly fade this evening to join most areas to a dry night with clear spells, though northern and eastern areas will likely see some low cloud move in.

The low pressure system close to the southeast today will slowly drift north over the North Sea to be close to eastern Scotland on Monday, this will feed in low cloud across northeastern areas to start Monday and later will support, with help of warm sunshine, the development of heavy thundery showers in the afternoon across Scotland and NE England. Some showers will also develop elsewhere across England and Wales too, but they’ll be more hit and miss, while for many it will stay dry with warm sunny spells. Warmer than today, temperatures reaching 21-25C, perhaps 26C in a few spots. 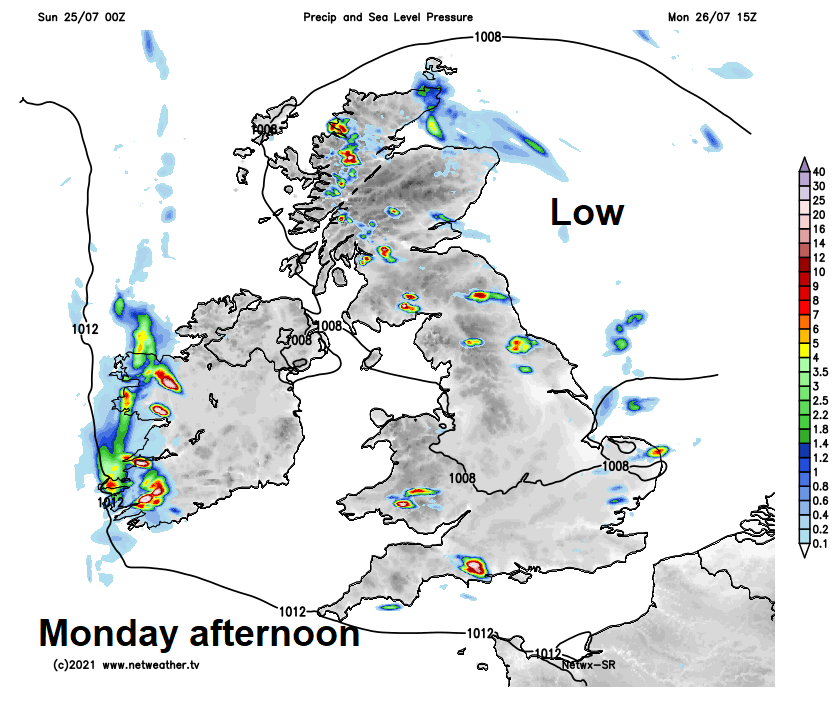 Then for the rest of the week, a fairly strong jet stream swinging in from the northwest then moving east just to the south of Britain will keep areas of low pressure locked in across northern Britain, so all of the UK will be in a cool westerly or northwesterly flow, which will feature sunny spells, showers or longer spells of rain. Where there is sufficient surface heating, showers will turn heavy with a risk of hail and thunder. It will be quite breezy across the south at times too.