The summer solstice passed with a beautiful sunset in the north and views of Noctilucent clouds, only seen in the summer twilight. Further south, it had been cold. #Heating was trending on Twitter as the rain continued with a north wind and it felt rather miserable. That rain is still lingering this morning for southern England. Some places were colder on the 21st June 2021 than they had been on the Winter Solstice, 21st December 2020. Last Monday it was 29.7C in London (hottest day of the year so far) and this Monday it was just 13.5C.

Low pressure over the Bay of Biscay provided the rainbands and pulled in the cool airflow off the North Sea. A nose of high pressure, linking back to the Azores allowed the fine weather. This high tries to keep the UK weather more settled and drier but low pressures to the north, which start off troubling Iceland and Norway, begin to drift south. 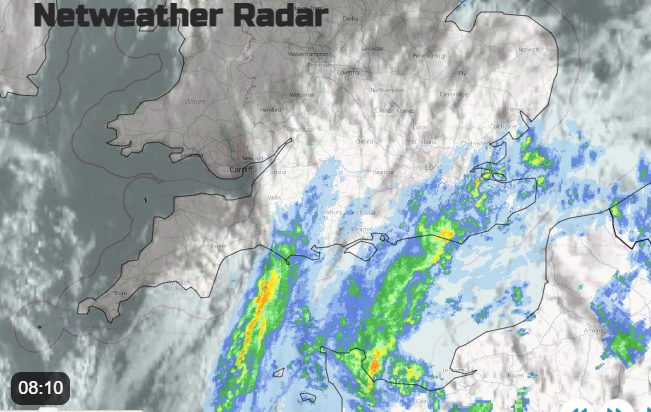 Today we see a reversal for the rain-affected areas. The southern rain, with its sharp showery bursts, will clear away over the English Channel after lunch. This afternoon, the first of the northern frontal bands will bring cloud and then patchy rain to the West coast of Scotland and later western counties of Northern Ireland. The brisk NE wind will continue to make eastern and SE England feel cool this morning. However, this afternoon, temperatures will reach the mid to high teens with London and Cardiff seeing around 20C. Glasgow and Belfast will reach 18C with sunshine and lighter winds by day, but the SW wind strengthens along the west coast. 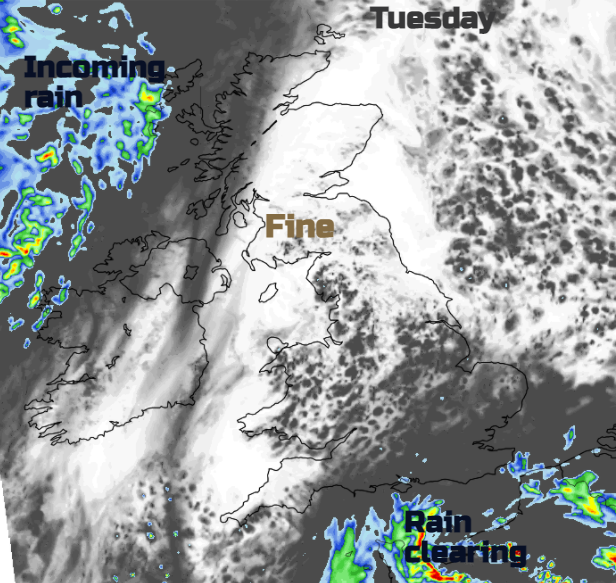 It will feel cool overnight where skies are clear, down into single figures as this mid-June nip continues. By day the air can be cool, but the sun’s rays are strong and so are able to heat you very well. That is why it can still feel warm in the bright sunshine (but nippy in the shade or evening) but you see a forecast temperature of only 15C. 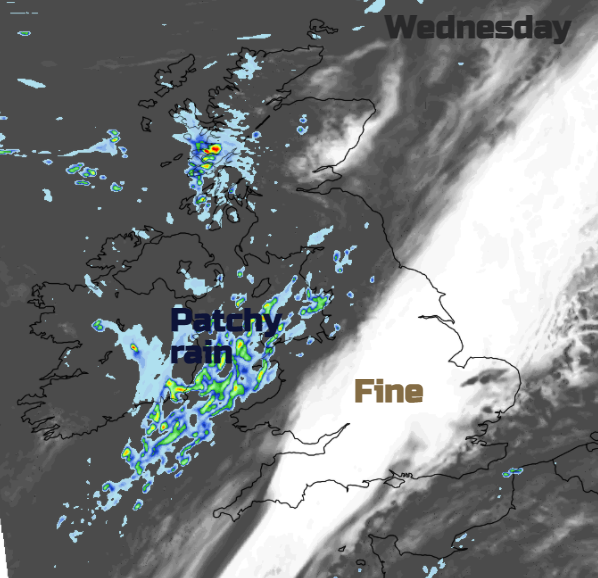 Wednesday sees more cloud and patchy rain for northern and western parts of the UK, but sunshine and temperatures tipping into the low 20s Celsius for SE Britain. By Thursday another rain band is edging down from the NW as temperatures sit in the high teens and low twenties. High pressure is building in again which should bring a fine, settled weekend for many. There will be areas of low cloud along with sunny spells and some coolness by night. However, showers in the far south of Britain could include thunderstorms on Friday and Saturday. For southern England and East Anglia on Saturday, although many places will miss them. There is the potential for temperatures to reach past 25C where there is sunshine and away from showers. Most of the showers will have gone by Sunday although the day looks more blustery.