Summer's certainly on pause at the moment, after heavy rain in the East and South yesterday. Over a months average rainfall fell in Kent, with more than 3” falling across parts of Hampshire. Today we're between weather systems bringing somewhat of an improvement before the South sees yet another continental depression bringing more heavy rain from France later today. This'll spread to central parts, along with East Anglia this evening and overnight, while further North and West you'll wonder what 'all the fuss is about' although expect a few showers here today. 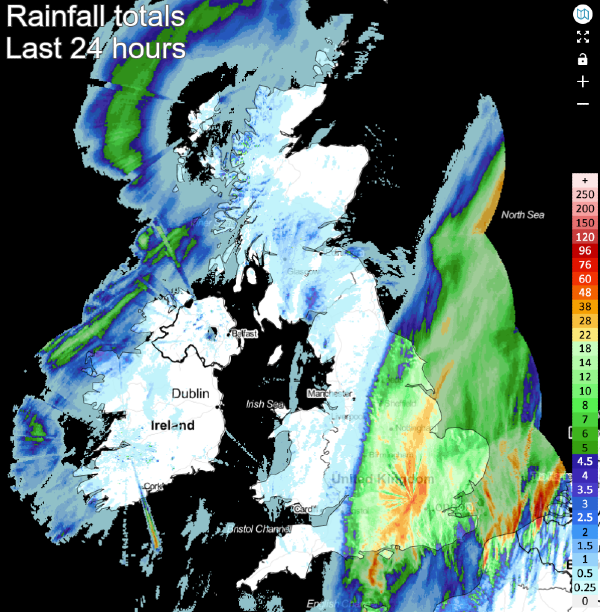 Yesterday's rain, which caused some flooding, has now cleared into the North Sea but has left a lot of cloud. Though mainly over northern England and in the West, there are some breaks, with just a few showers across central Scotland. The sun will appear more widely throughout the day, but the South, South East and much of East Anglia will probably remain quite dull. The emphasis will be on dry weather, but a few showers locally, perhaps heavy and thundery, will develop. These'll be mostly over Scotland, Northern Ireland, and the South, but you'll be unlucky if you catch one elsewhere. Top temperatures mostly between 17 and 21C but only 13C along some North Sea coasts, where a northerly breeze will feel slightly chilly.

Thundery showers in the south will continue to move north into central England and Wales during the evening, although many northern areas of Britain will be dry with clear intervals. It'll turn chilly in places, with temperatures down to single figures in the coldest spots. In the East, a North East wind will bring more cloud and further showers, with some heavy rain over the South East spreading to East Anglia overnight, bringing the risk of further flooding. Lowest temperatures here mostly in the range of 11 to 14C.

After a dull, wet start on Sunday over parts of eastern England and in the South East, things will improve through the morning. The rain will fragment into scattered showers which could still be heavy locally, but the afternoon should at least see a few sunny intervals. In most other parts, you're more likely to see sunny intervals, and some places will stay dry, but there will be a scattering of showers in a mixed day, mostly over Scotland. It'll be noticeably cooler and fresher towards the South East in a northerly wind that'll continue to keep the East coast to a chilly 13C, while most other parts reach 15 to 19C.

Closer to a ridge of high pressure, Northern Ireland and the West of Scotland should see fewer showers during the evening and after dark, allowing clear intervals to develop. Elsewhere, with low pressure near to the Bay of Biscay more influential, you're more likely to catch a shower, especially in South and South-East, a few of which could still be quite sharp locally. 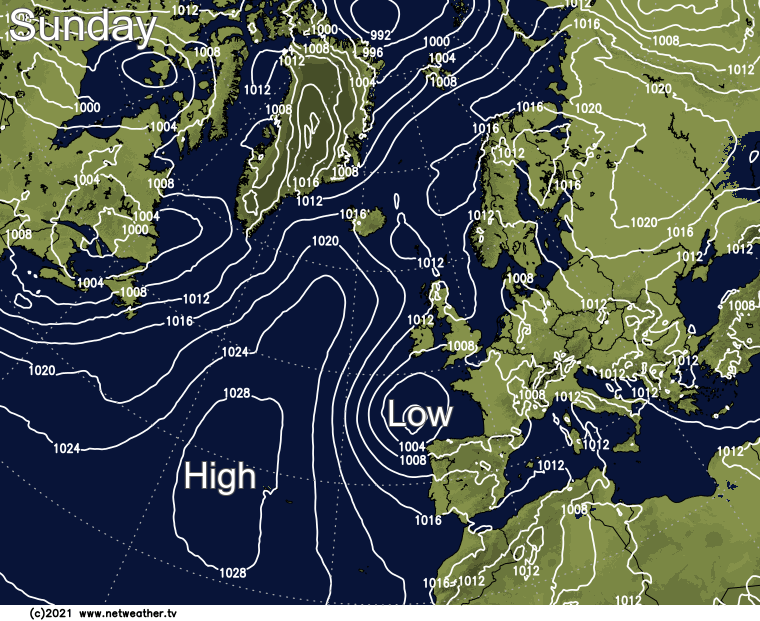 A northerly wind will be fresh along exposed coasts, with minimum temperatures mostly between 9 and 13C.

Taking an extended look into the remainder of June, we see a really mixed bag of weather. The period has a thundery look about it at times giving further locally heavy downpours. Still, there'll also be a few very warm or hot summery days, although temperatures will vary. With a trend for a meridional rather than a zonal flow this summer, bouts of Westerly winds that tend to be more common in the second half of June are likely to be somewhat limited.