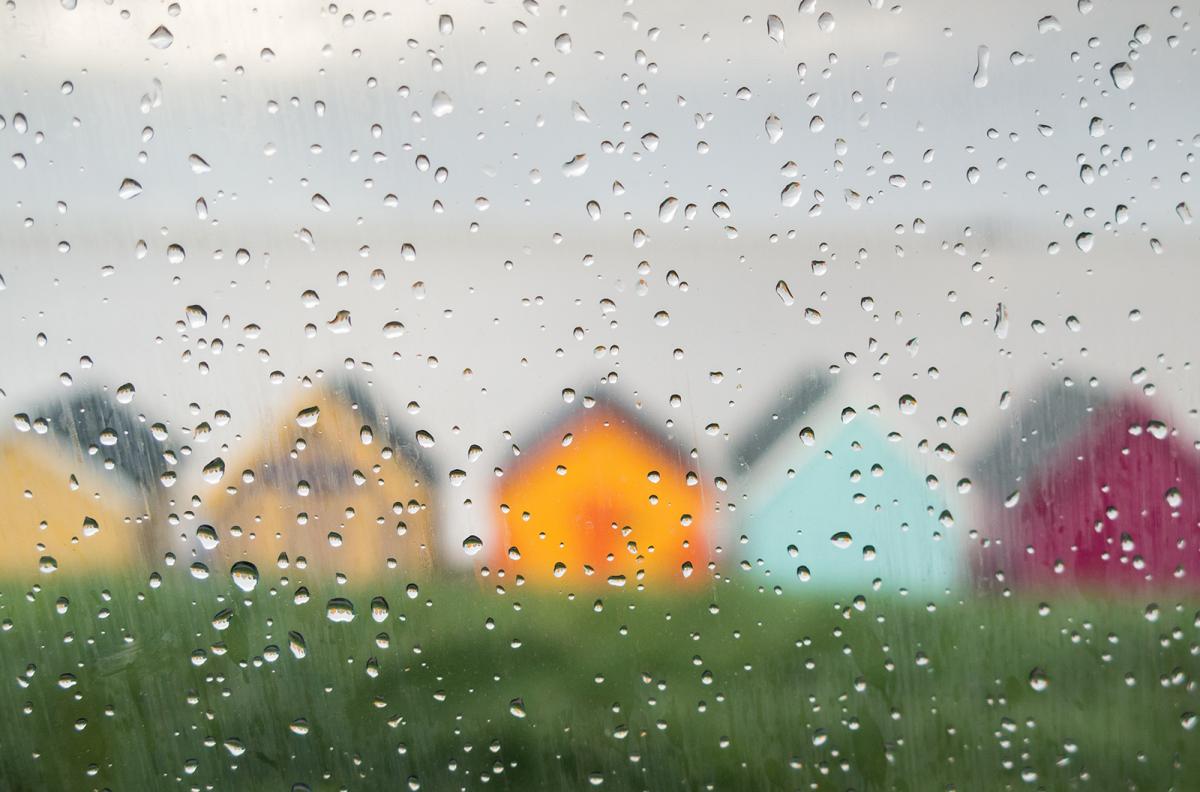 Todays charts more resemble those of autumn or winter rather than a May Day Bank Holiday, as a quite deep depression for the time of year crosses the country from the West. All very disappointing for those looking to get out and about but for the farmers and gardeners, the rain will come as great news after weeks of drought culminating in one of the driest Aprils for at least 83 years for some. 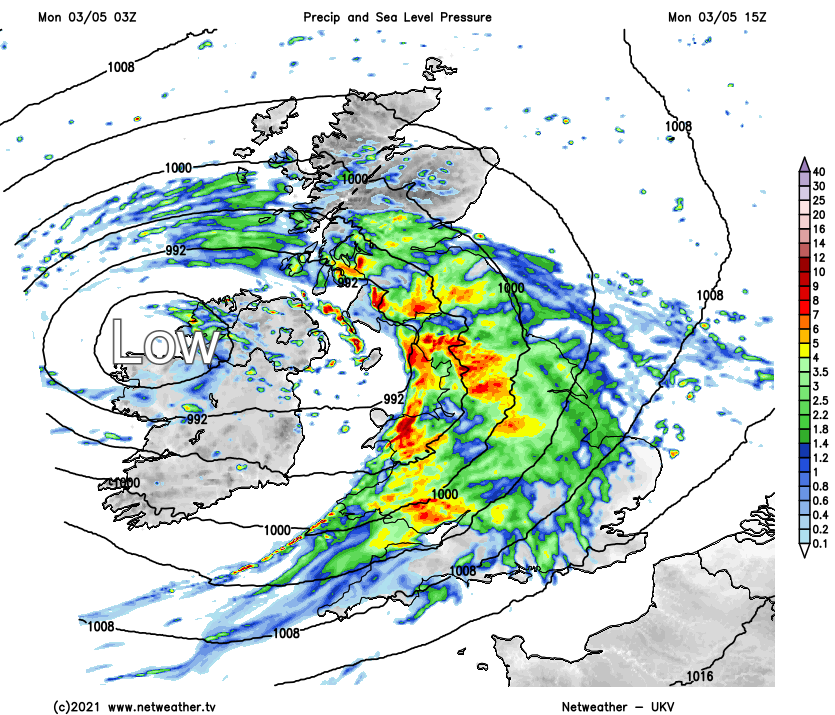 Rain, which is heavy in places has already reached Northern Ireland and the West and will spread to all parts through the day, but it’ll probably be towards evening before this reaches the South East. After a bright start in the East, there'll be at least a couple of hours of steady rain for most, followed across Northern Ireland by a change to blustery showers into the afternoon. After a frosty start over Scotland and the far North East of England, some snow is likely over the higher peaks of the northern Pennines, Southern Uplands and later the Grampians, while northern Scotland remains mostly dry and bright.

Winds freshen from the South or South West with gales in the West and along the South coast, where gusts of up to 55 to 60mph seem likely in exposed areas. Across Northern Ireland, winds veer West or North Westerly later, with much of Scotland in a cold East or North Easterly that’ll feel quite raw. No surprise, therefore, that it'll be very cool for early May, with top temperatures only 7 to 9C across Scotland and just 10 to 12C further South.

After dark, a depression crossing northern England will ensure a very unsettled and windy evening and night across the country. England and Wales see further rain heavy in places into the evening followed by broken skies and blustery showers overnight, while Scotland sees outbreaks of rain giving hill snow, with the far North also seeing showers that'll be wintry in places mostly on hills.

Winds from the South West at first over the southern half of England and Wales remain fresh or strong, becoming North or North Westerly in most parts overnight. Gales continue especially over exposed coasts and hills, where further gusts between 55 and 60mph are expected. It’ll also feel cold in the very blustery conditions, even quite raw in the North, but at least this’ll prevent a frost in all but a few sheltered Highland glens, with minimum temperatures mostly in the range 3 to 7C.

By tomorrow our depression will have moved into the North Sea but will continue to bring cold and gusty North West or Northerly winds to all parts. After perhaps residual rain along some North Sea coasts, the return to work Tuesday will be a story of sunny intervals and blustery showers. Some will be heavy giving hail, perhaps sleet and maybe a crack of thunder, with the showers falling as snow on higher hills from the Pennine and North Wales mountains northward. 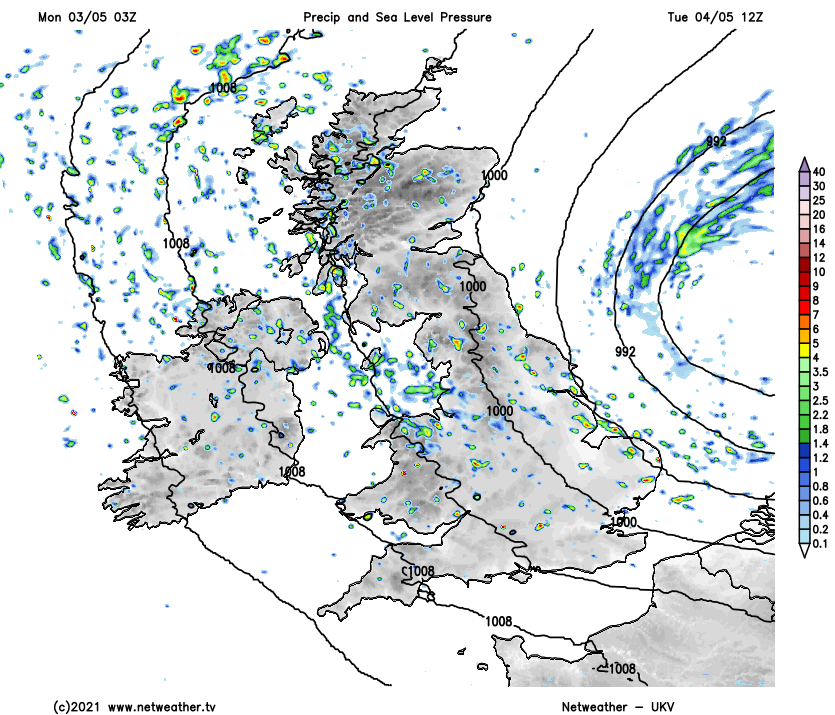 Gusts of wind in excess of gale force are still likely in exposed areas and in the heavier, more squally showers that could be quite lengthy in places in a raw day, with top temperatures only 7 to 9C in the North and 10 to 12C again across much of England and Wales.

The showers continue into the evening but begin to fade from most parts towards dusk, becoming mostly confined after dark to parts of Northern Ireland, northern Scotland and to coasts and hills exposed to a North or North Westerly wind that’ll decrease. This'll allow it to become cold overnight with a slight frost forming in sheltered rural hollows where skies clear, as temperatures mostly fall to between –1 and +3C. So gardeners and growers beware. 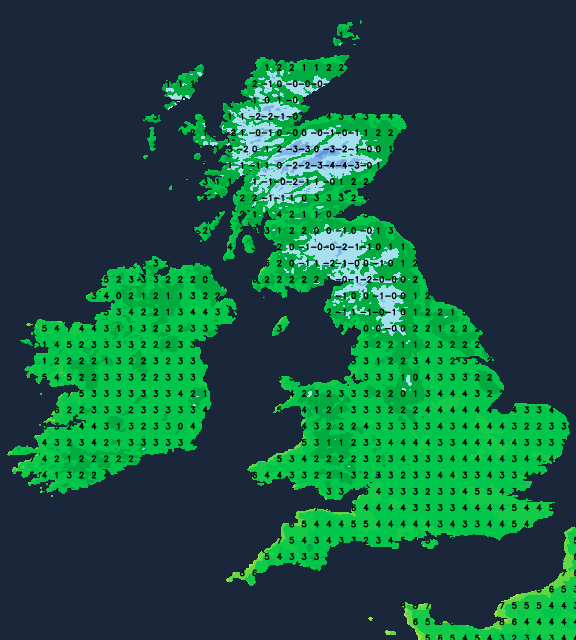 And there are more frosts to come through the remainder of this week that'll remain cold and showery, with further snow expected on northern hills. Later in the week, the South could see some longer spells of rain, and I wouldn't be surprised to see a little sleet or wet snow on hills such as the Chilterns and Cotswolds. Is it really May in a crazy spring so far! 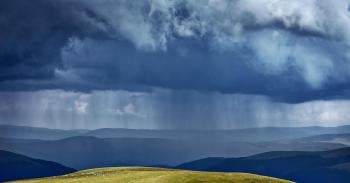