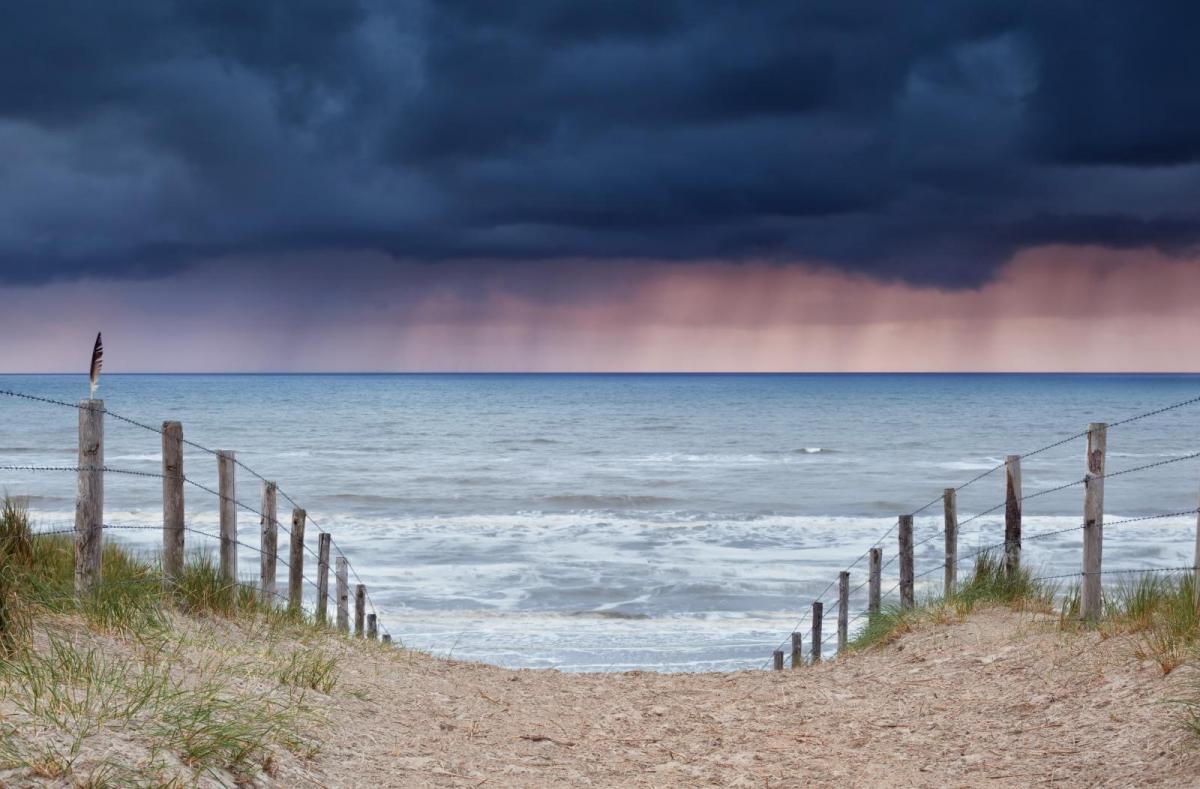 Keep an eye on the flood warnings and hold onto your hats!

Atlantic rain and blustery winds start Friday but it is now noticeably lighter in the mornings. A large low pressure dominates our UK weather into the new week but there are signs of a high pressure overhead by next weekend, so that will be a change to more settled conditions.

After a cooler Thursday, milder air returns for the weekend, particularly over England and Wales with temperatures once more into double figures, even up to the mid-teens. Northern Ireland and Scotland will also be mild, ranging from 10 or 11C although Sunday will feel cooler. 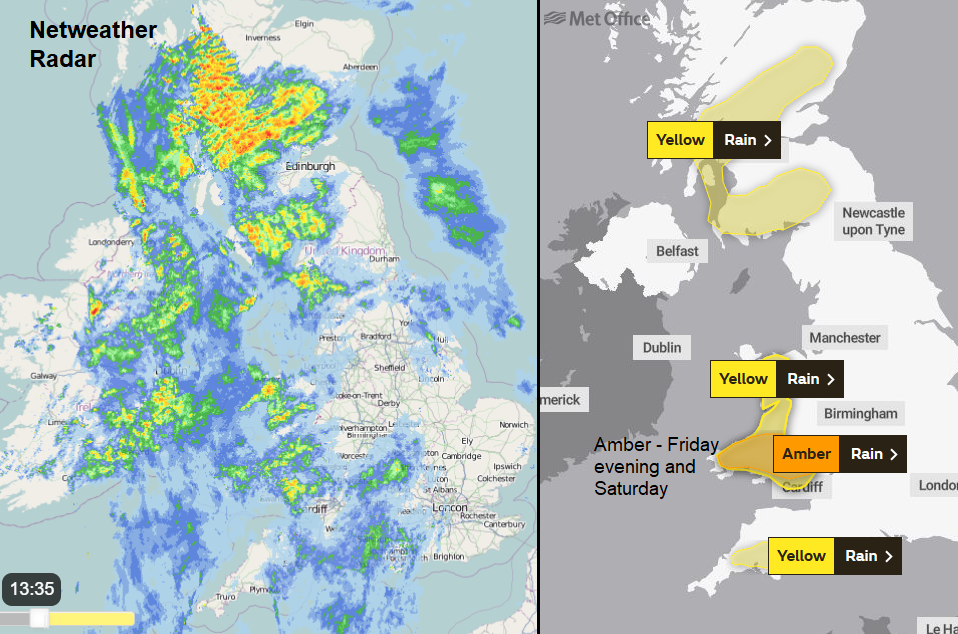 It is windy this morning, quite wild in places with gusts over 60mph. It’s a southerly bringing in the milder air but there is also a lot of frontal rain as bands spiral in around the large low way out in the Atlantic which stays south of Iceland. The bands often feed NE SW giving large totals for western Britain, and there are flooding concerns and rain warnings for southern Wales, SW England and parts of Scotland, from the SW extending into areas where snowmelt is an ongoing issue from last week. 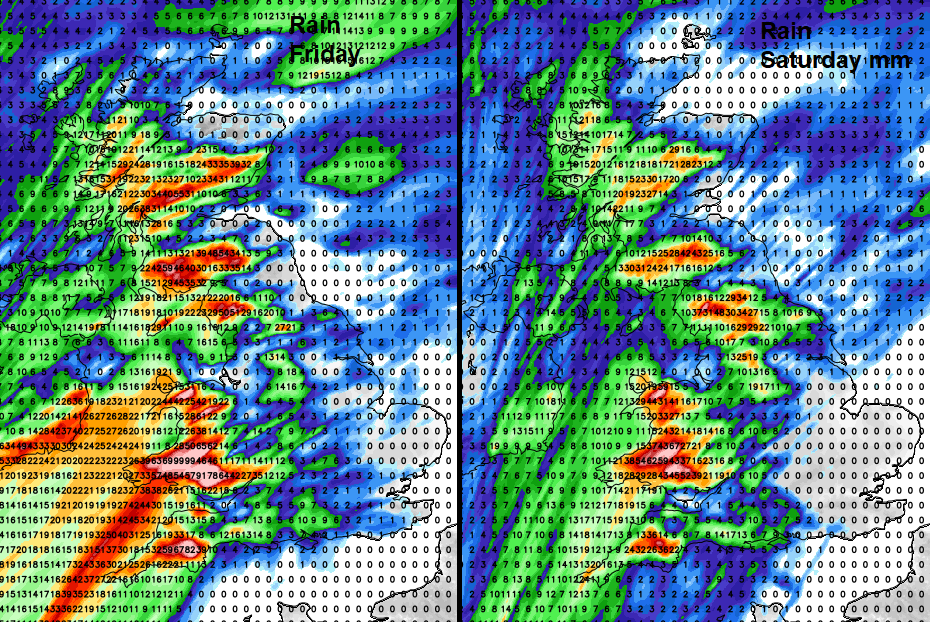 Dartmoor, the Brecon Beacons and Snowdonia, Cumbrian Fells and southern Uplands all look to receive a lot of rain into tomorrow. There are concerns about river and surface water flooding today and through the weekend in SW Britain. The Met Office has now issued an Amber warning for rain over southern Wales, highlighting more impacts from the ongoing heavy rain and risk of disruption and flooding. For central southern England, groundwater levels are high and there could be travel disruption. The low pressure has been named by AEMET, the Spanish Met. service, Storm Karim. The western Europe group is still only up to ‘D’ after Darcy.

Northern Ireland should see drier weather for a time today, although the frontal rain will brush back into Co. Down and heavier showers arrive from the west late afternoon. It remains windy. There will be good rain shadows today, NE and SE Scotland, eastern England down to the SE looking dry and even Merseyside into Cheshire avoiding the worst of the rain. 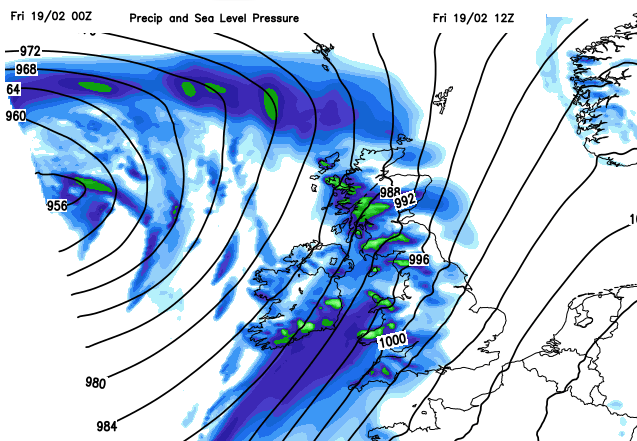 Clearer colder conditions will edge in from the far NW tonight with a band of heavy showers, snow over the mountains. But for most it stays cloudy and windy, with rain feeding up from the SW and by Saturday morning a developing wave pulses up with strong gusts, heavy rain over SW England and more of Wales, then over Northern Ireland and more of western Britain and the Pennines. Very windy through the Irish Sea with gales. Wild conditions by Saturday afternoon for Northern Ireland, the Isle of Man, SW Scotland and Snowdonia. Also, Cornwall, Devon particularly the Moors and Pembrokeshire. Care will be needed along the coasts. It will be windy everywhere.

Through Saturday night the main cold front moves eastwards with a distinct wind veer. The heavy showers move into western Scotland and overall, it becomes much drier across the UK but not as mild. Sunday won’t be as windy so will feel okay and respite before the next major Atlantic low heads in on Monday night. Keep an eye on the flood warnings and hold onto your hats! 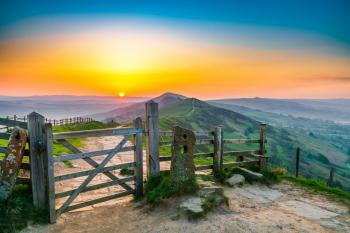