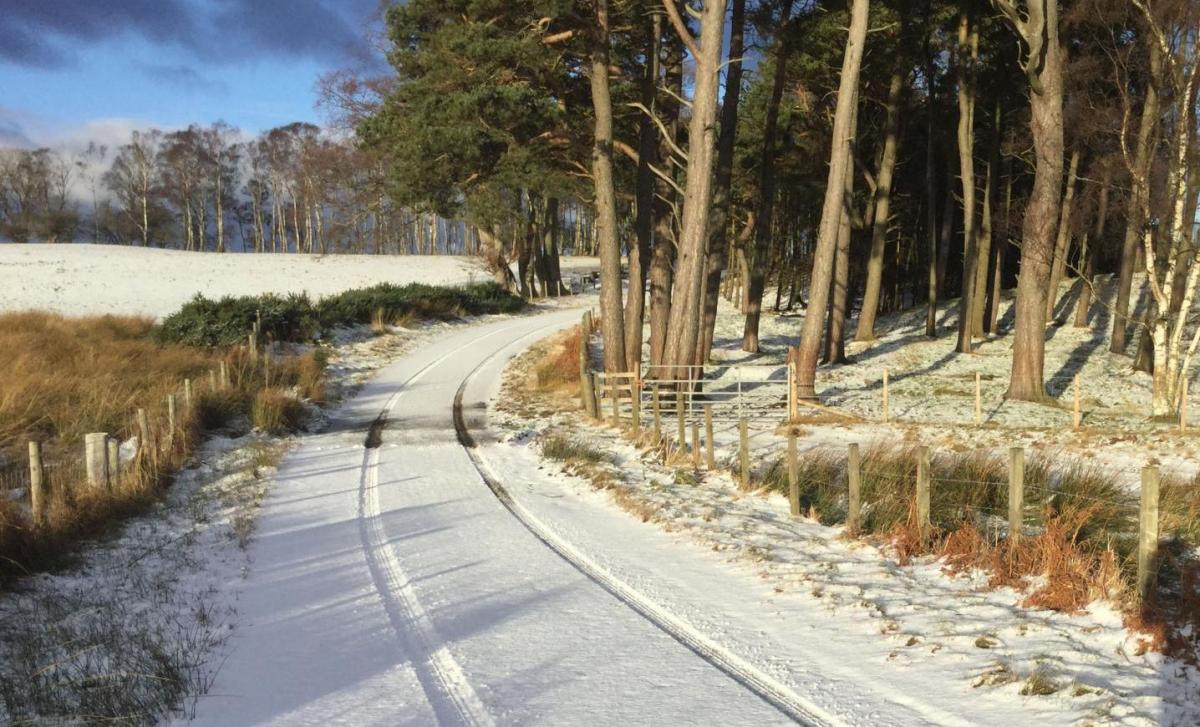 Snow moving east on Sunday with a harsh frost to follow

Many parts of Wales, southern and central England have woken to a fresh covering of snow this morning as a small low pressure system has moved in. That's going to keep edging southeast today, taking the snow (with some sleet close to coasts) further east with it, heading through the remainder of central England and into the southeast as well. 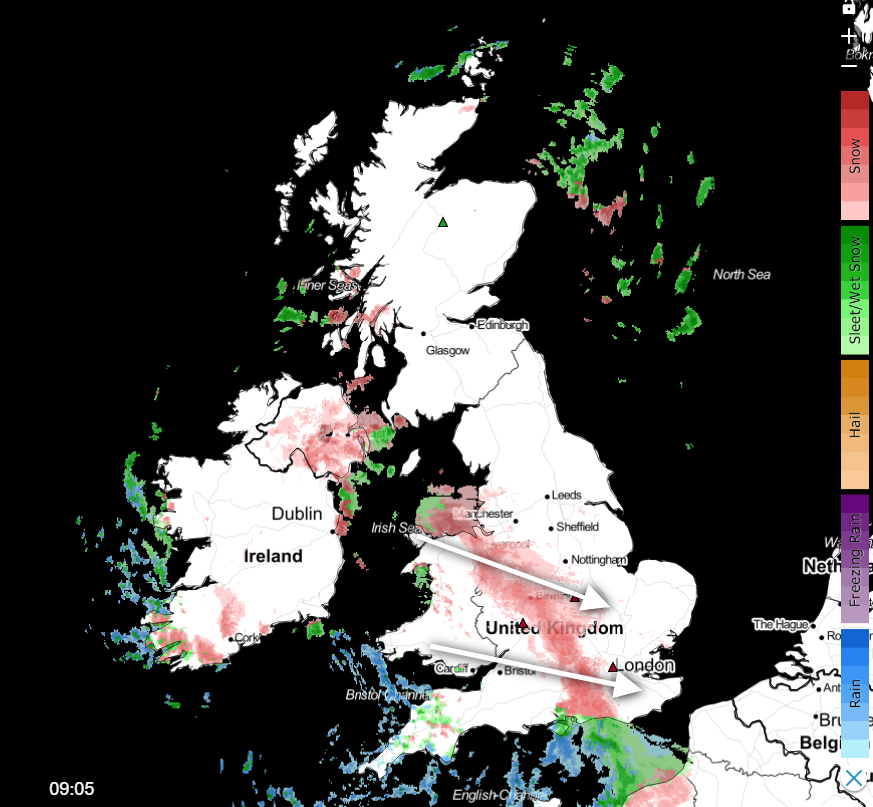 Check the latest snow situation on the live radar.

Accumulations of up to 5cm or so are possible as the snow moves through, even to lower levels, with some hillier parts seeing 10cm or more. The snow will keep its intensity during the first part of the day as it heads east but will tend to fade later as the final bits and pieces start to clear away from the Midlands, East Anglia and the southeast.

Away from central and southern England, Sunday brings sunny spells and a few wintry showers which will mostly affect western parts. Temperatures will struggle everywhere with maxes of -1 to 3c generally, which means an ice-day in places, particularly under the cloudier skies across a central band of England and Wales. 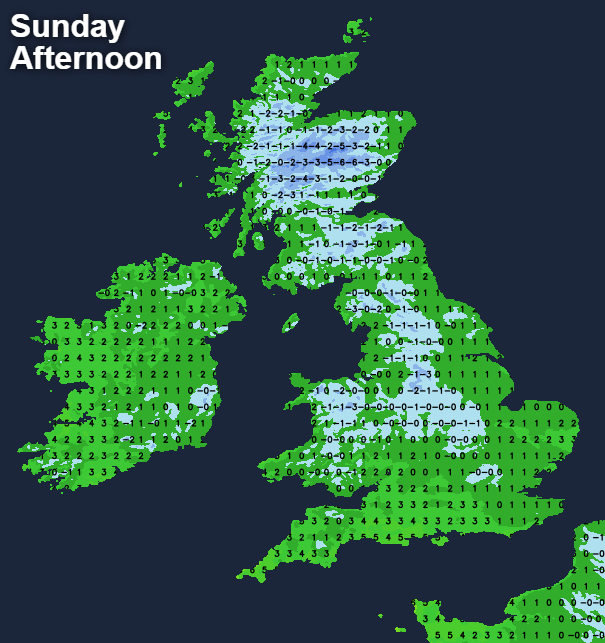 The wintry showers continue in the west this evening and overnight, whilst the last of the snow clears away from the southeast and skies begin to clear across central and southern England, along with Wales. With the snow cover and clearing skies, it's going to be a freezing night. We may see -10c or so in parts of the midlands, with much of the country well below freezing. That's going to mean plenty of ice around on pavements and roads. Today may be a good moment to make sure the car is well topped up with anti-freeze and that your outdoor taps are lagged with hoses empty. 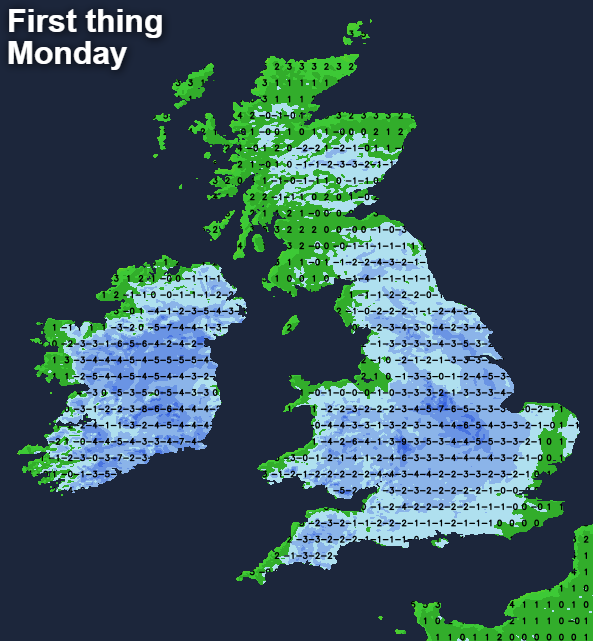 After the cold start, temperatures on Monday will struggle to get above freezing, but they'll make it in most parts of the country, particularly as the sun will be out. That'll mean the lying snow will be starting to melt before freezing again into the evening, which will add to the ice hazard. Inland, most places will stay dry, but there'll be further wintry showers in the north and west with northern Scotland, in particular, seeing a good number as low pressure moves east through the North Sea, not too far away.

Another cold, frosty and icy night follows, but temperatures will be beginning to lift from the southwest later in the night as cloud, and some outbreaks of rain (with hill snow) start to move in. The wet weather will then move northeast during the day on Tuesday. As it bumps into the colder air, it will fall as snow for a time, initially over the hills only. But we'll have to keep an eye on what happens across northern England, southern and central Scotland later in the day as it's possible the snow could fall to lower levels as well for a time, bringing some accumulations.

As the week moves on though, the milder air will win out with winds swinging into the southwest everywhere. With the mildness, we'll be back to seeing spells of wind and rain with snow by this point reserved for the peaks of northern Britain. The rain, along with snowmelt is going to mean flooding is back on the agenda again, unfortunately.