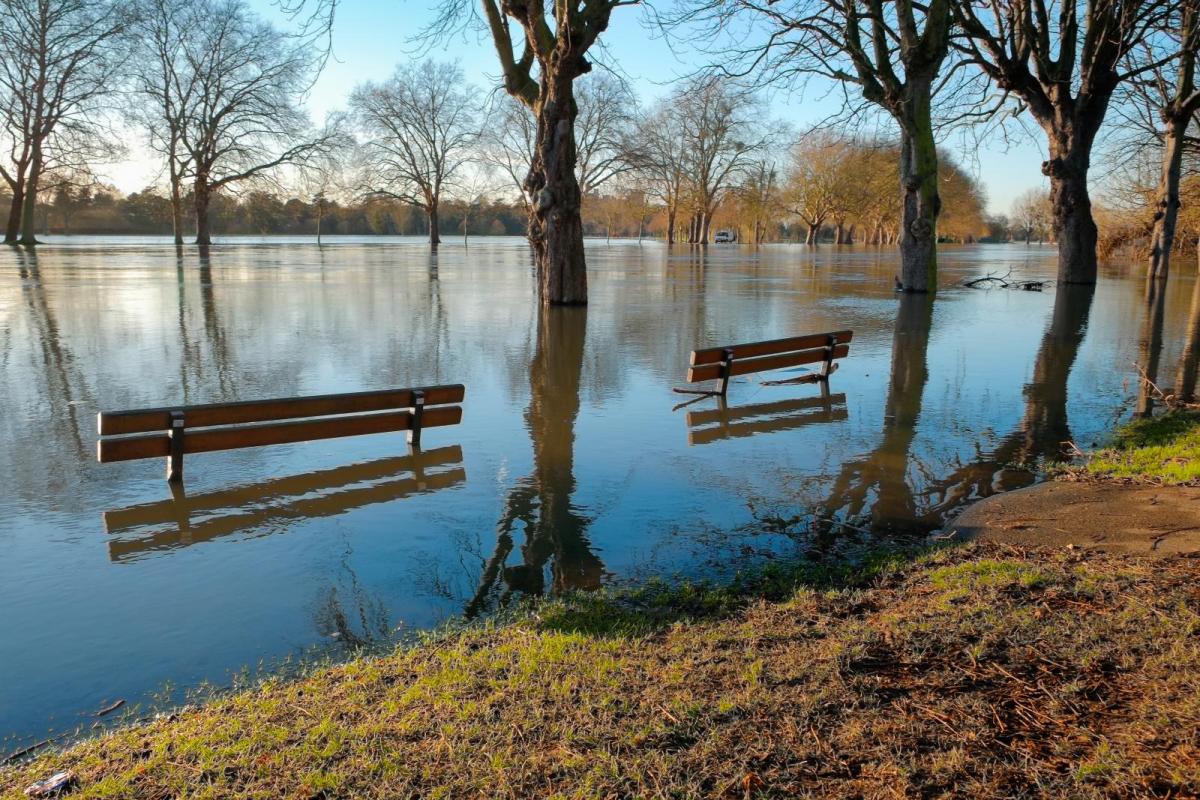 Although milder than of late until mid-week, snowmelt coupled with heavy rain and gales moving in later on Monday makes further flooding inevitable. With water tables already high and warnings already issued, it won't take much rain to prompt probably a further plethora of warnings appearing by Tuesday. 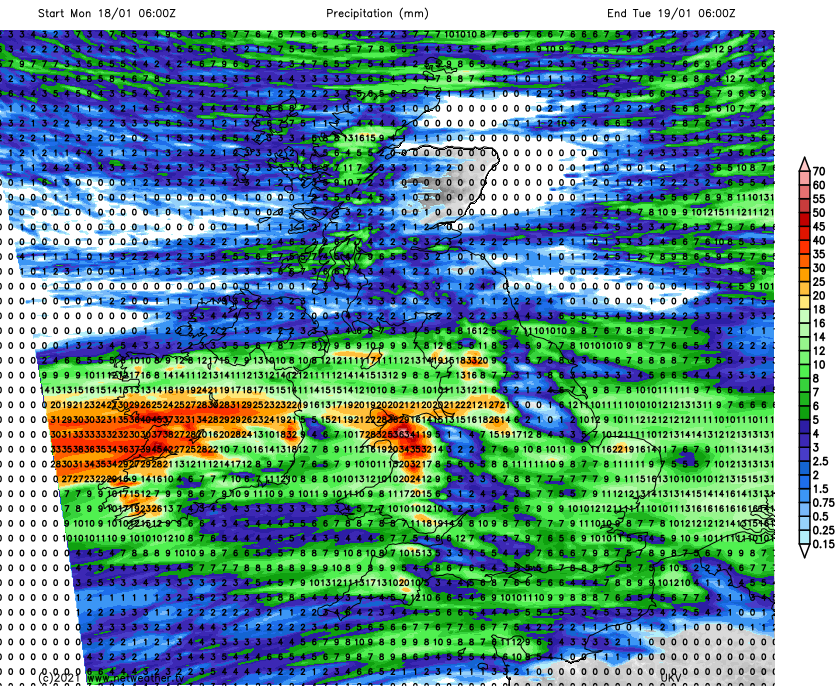 For today though, most places see some winter sunshine. Much of England and Wales will be dry, but there'll be a few showers mostly in the West with some coming through the Cheshire Gap into parts of the West Midlands for a while. The East and South of Scotland begin fine, but scattered showers in the North and West some heavy, become more widespread spreading to other parts of Scotland later. Across Northern Ireland, showers should be mostly towards Antrim and Derry. Although feeling chilly everywhere in a moderate or fresh Westerly wind, but top temperatures of 6 to 9C will be well up to normal for mid-January.

Over Scotland, the North and West continue to see a few showers after dark, with an area of showery rain becoming straddled over southern and central parts overnight. Derry and Antrim may also continue to see a few showers, but it should be dry with clear intervals across the remainder of Northern Ireland. Apart from the odd shower in the West, England and Wales see clear spells, and as winds decrease, sheltered central and eastern areas will be prone to a slight frost as temperatures fall to between -1 and +4C. Later in the night, the far South-West may begin to see cloud ahead of Atlantic systems, that could bring patchy rain to the Channel Islands by dawn.

A band of showery rain across southern and central Scotland on Monday should break up as it moves slowly North. The far North also sees a few showers, but for the remainder of Scotland and the North and East of England, it should be another dry day with spells of winter sunshine. After a fine but chilly start across much of the Midlands and the South East, cloud will increase. The South West soon turns wet, this spreading to Wales, much of the Midlands and Northern Ireland before the day is out. A South West to southerly wind will freshen, with top temperatures between 6 and 10C.

Apart from a few showers in the North, Scotland sees clear spells into the evening. But cloud will increase in the South bringing some rain and maybe hill snow later in the night. Lowest temperatures here 2 to 5C. Elsewhere there'll be rain, heaviest probably over North West England, Wales, and the South West, but the rain may be lighter and patchy towards the South East. It turns misty over coasts and hills exposed to a freshening South-West wind, with gales later along some English Channel shorelines and in the West. It'll be a mild night here though, with temperatures close to 9 or 10C.

After more rain and flooding on Wednesday, the colder weather returns. Showers turn increasingly wintry, with mostly hill snow at first falling at lower levels later in the week especially in the North. Night frosts leave ice on any untreated surfaces left wet by showers, with patchy freezing fog perhaps an additional hazard. 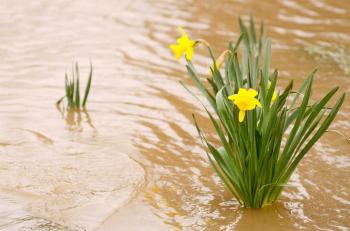