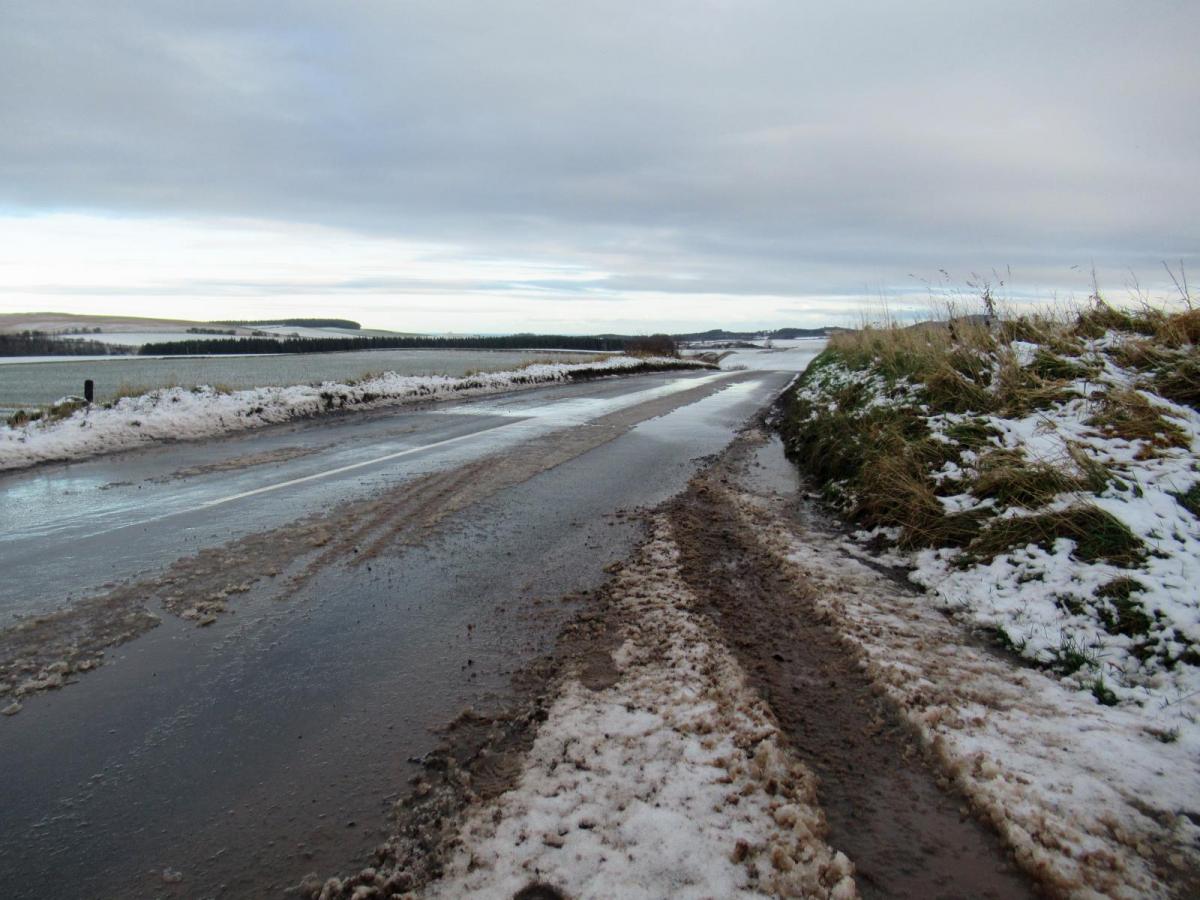 A tricky mix of midweek rain, sleet and snow. And again on Saturday

The next week’s forecast has to be a tale of overall themes and setting aside any excitement the symbols on a weather app may give if you are after snow. There will be a balance of cold (but not very cold) air over parts of the UK, usually the north and bands of rain with milder air to the SW or south moving in. The resulting clashes give plenty of rain but also sleet, snow and even the risk of freezing rain. Conditions will bring wet, slushy and icy but there could be significant snow in places and that stays as the tricky bit of the forecast. Over the higher ground of NE Britain looks most likely for any settling snow midweek.

This pattern of frontal bands dallying with colder air continues right through the weekend. It brings a wintry mix at times before next week which does look colder, particularly in the north compared to average. 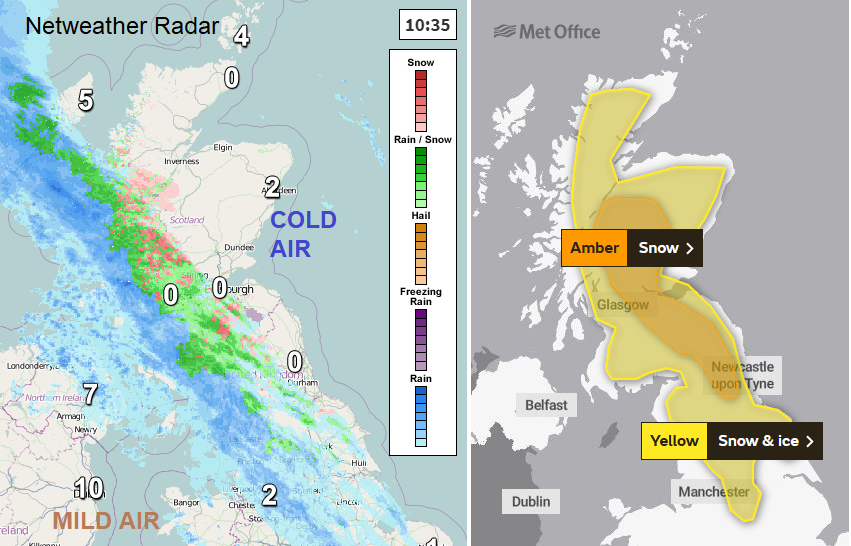 Today’s band is already edging north-eastwards with signs of snow in the mix. Its progress is slow with the cold air ahead and temperatures to start the day around or just below freezing. Behind the front, much milder air with 9 or 10C for SW England.

There is a heavy rain warning over Northern Ireland today and tonight and a warning for ‘Snow and Ice’ over much of mainland northern Britain. “Heavy snow MAY affect parts of the warning area, with possible significant travel disruption.” Met Office. This runs through today into Thursday. An Amber warning for Snow has just been issued for inland NE England and parts of inland Scotland - "Heavy snow causing disruption."

There is rain this morning for Wales with mild air and plenty of cloud. Flintshire and Wrexham have a colder start but as the westerly breeze takes hold temperatures across Wales will lift 8 to 10C. There could be some breaks in the cloud for Powys and with bright spells quite a pleasant afternoon. NW Wales will see plenty of rain in the next 24 hours, up to 40cm over the mountains. “Local river and surface water flooding impacts are possible across parts of north and central Wales on Weds & Thurs” Natural Resources Wales.

For the Midlands, southern England and East Anglia the rain moves eastwards becoming patchy at times but allowing the milder air in. Temperatures are already up to 10C in Devon and Somerset but zero for Norwich. By this afternoon the rainband will have reached eastern England down to Essex, but it will still feel cool here. 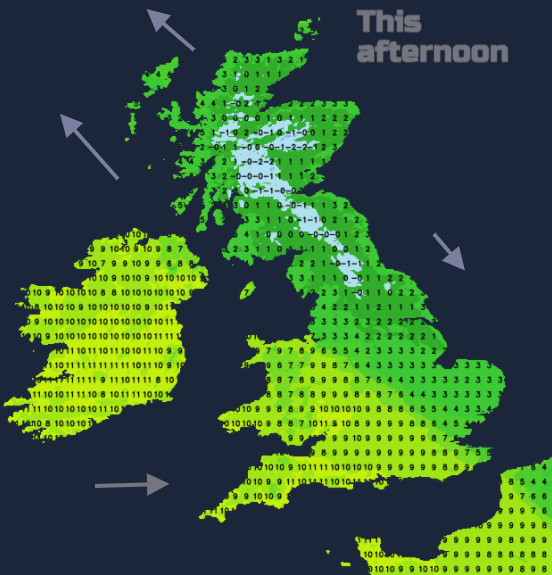 Northern Ireland has had a cold wet start. The rain will clear to into the North Channel at lunchtime leaving cloudy but much milder air, up to 10C as the SE wind veers to a westerly. More showery rain then moves in from the west, across all counties and the winds swing to the NW.

For northern England and Scotland, there is the band of rain from the west with the colder air ahead of it. A frosty start with ice in places. There will be snow today for the higher ground inland of Scotland, including the Central Belt, the higher parts of the M8. By this afternoon more from the Trossachs down into the Scottish Borders and north Pennines and more continuing to fall in the evening and overnight. 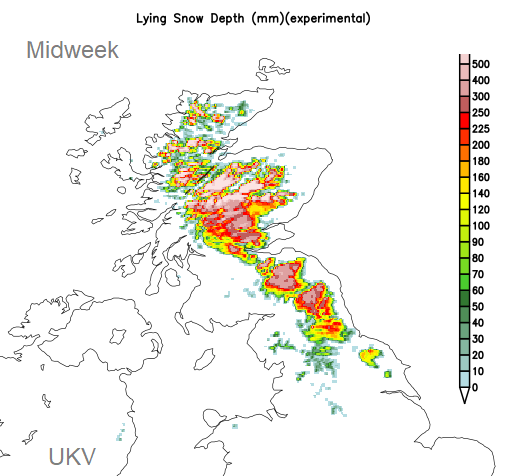 The image shows lying snow so the depths over northern Scotland include snow from earlier this week.

The colder air remains to the northeast with milder conditions to the SW and this band of rain, sleet and snow (mostly on the hills) continue overnight reaching down to the North York Moors. 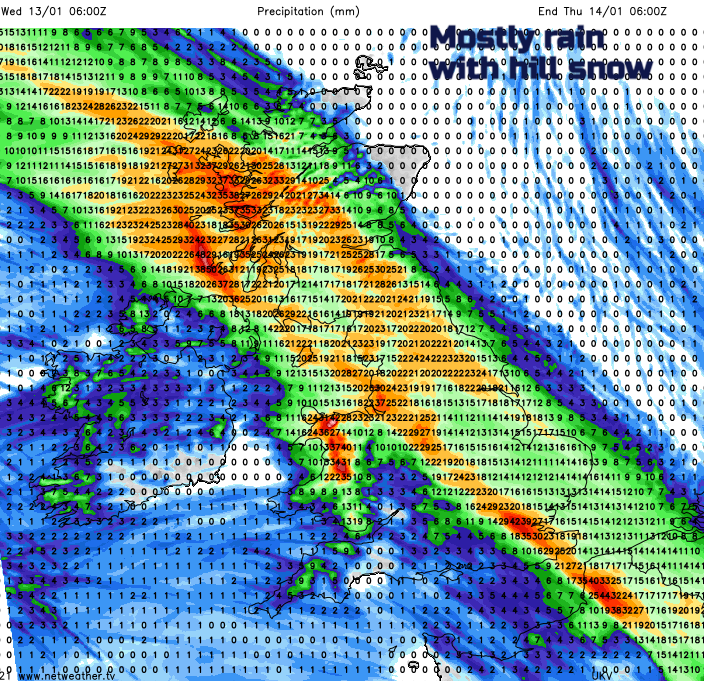 By Thursday, there could be a bit of snow over the Peak District and Cumbrian Fells and Yorkshire Dales but the main areas for lying snow look to be the hills and mountains of NE Britain inland. For most, it will be a slushy mix of rain, sleet and wet snow with ice as well. However, uncertainty remains so there could be snow to low levels.

SW Britain will have a mild start on Thursday with a fair amount of cloud. Drier and brighter for Northern Ireland but in a cooler NW wind. Colder damp weather over much of Britain with a wintry mix of icy rain, snow for the mountains and a general wet, chilly grey spell until it all fades for Thursday evening.

Another frontal band moving in on Friday night could bring weekend sleet and snow to more parts of Britain on Saturday.