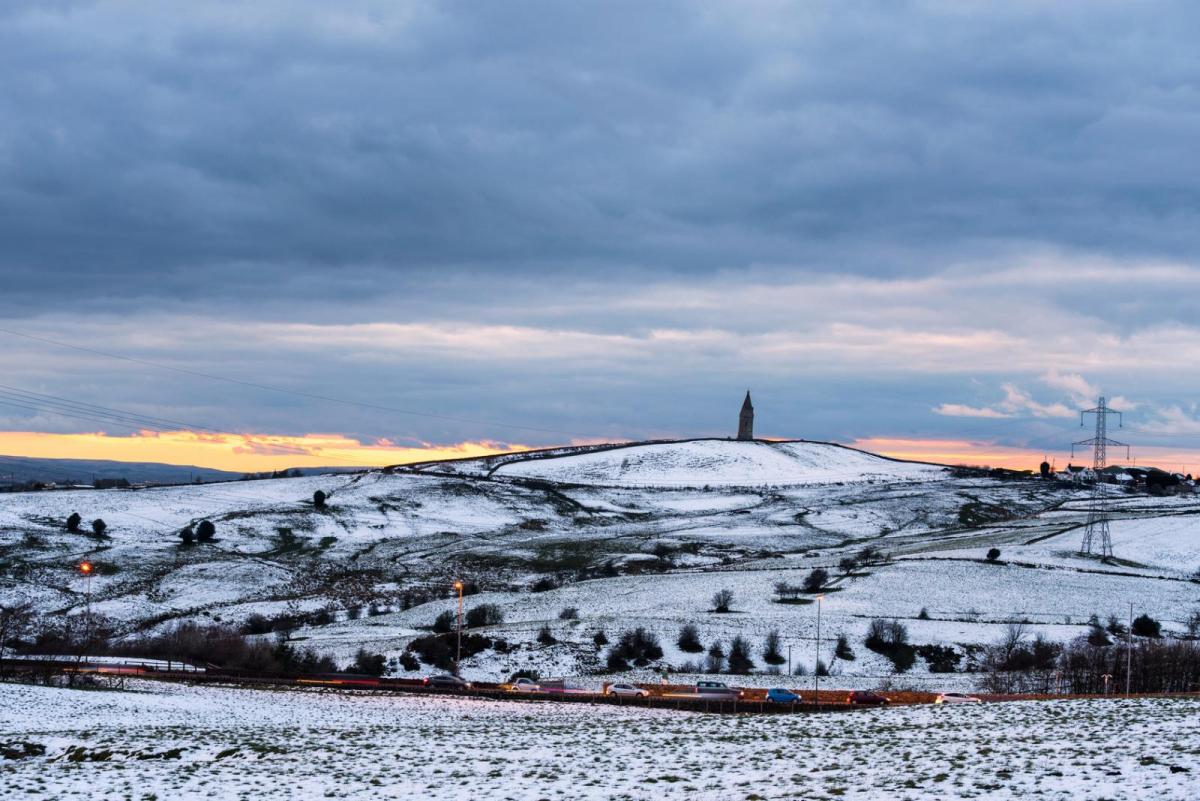 Wintry Friday with rain and snow, weekend drier for many

There is some wintry weather around to start Friday, with snow falling to lower levels overnight and giving a covering in places to start the day as far apart as Canterbury in Kent and Edinburgh. Snow will continue to fall through Friday, mainly across northern and eastern areas, mainly over higher ground, but temporarily to lower-levels through this morning, before turning back to rain. After the rain through much of yesterday, rain and snow in places today, the weekend is thankfully looking drier for most with some sunshine, but it will remain on the chilly side while showers will still affect coastal areas. Widespread frost is likely to develop at night under clear skies too.

Back to today, and lots going on across the UK. A cold and wet start across much of eastern England, northern and western Scotland. A curl of precipitation around low pressure centred just of the coast of East Anglia is bringing a mix of rain, sleet and snow affecting parts eastern England for the morning commute or school run, snow falling to lower levels across parts of East Anglia, giving a covering in places. There could be some slippery surfaces here where snow settles this morning before melting, Met Office issued a yellow warning for rain and snow earlier.

This curl of rain, sleet and snow will swing northwest across northern England, Midlands and north Wales through the day, snow becoming confined to higher ground through the day, rain at lower levels. The same system bringing rain and hill snow also spreading in across eastern Scotland following a separate area of sleet and snow pushed that west from the North Sea across Scotland and northern England overnight. This separate band of sleet and snow, now across northern and western Scotland, gave a covering of snow quite widely inland across the north overnight, with some significant accumulations over higher ground, which is affecting travel over some high routes this morning. The snow brought by a warm front, so turning back to rain from the east. Snow will become increasingly confined to higher ground while turning back to rain or sleet at lower levels as it continues to push west and southwest across northern and western Scotland and eventually Northern Ireland through the morning. Showers following across eastern Scotland, while turning drier and brighter for a time across southern Scotland, before rain and hills snow arrives from the southeast here by early afternoon. Met Office have a number of yellow warnings for snow and ice in force which expire at 9am.

Further south, it will turn drier and brighter across SE Midlands, SE England and East Anglia and staying mostly dry and bright or sunny. Sunshine and showers for SW England and parts of south Wales, wintry over higher ground.

A cold day, temperatures reaching 5-7C at best. Windy across the north, which will make it feel especially cold here.

Rain and hill snow overnight across northern areas easing and retreating to coasts Saturday morning, while outbreaks of rain across Wales and SW England clearing south. A few showers in the far southeast of England first thing easing too. Then most areas becoming drier and sunnier through the morning and into the afternoon, with winds easing. Though showers are likely to continue around coasts. Still on the cold side, temperatures reaching 5-7C generally, perhaps 9C in the far southwest.

Perhaps a cloudy start on Sunday away from the far west – where it maybe frosty to start, some mist and fog in places, with outbreaks of rain across northern England and eastern Scotland, this rain should peter out during the morning, but perhaps staying rather cloudy across eastern areas, brighter in the west, showers around some coasts though. Cold still, temperatures reaching 4-7C at best.

Rather cloudy and chilly for many to start early next week, dry for most on Monday, before rain moves in across the northeast – spreading across Scotland and turning showery on Tuesday, while further south drier if rather cloudy. The rest of the week will likely remain chilly, a lot of dry but cloudy weather around, but also some showers, perhaps merging into longer spells of rain moving in from the west later in the week.