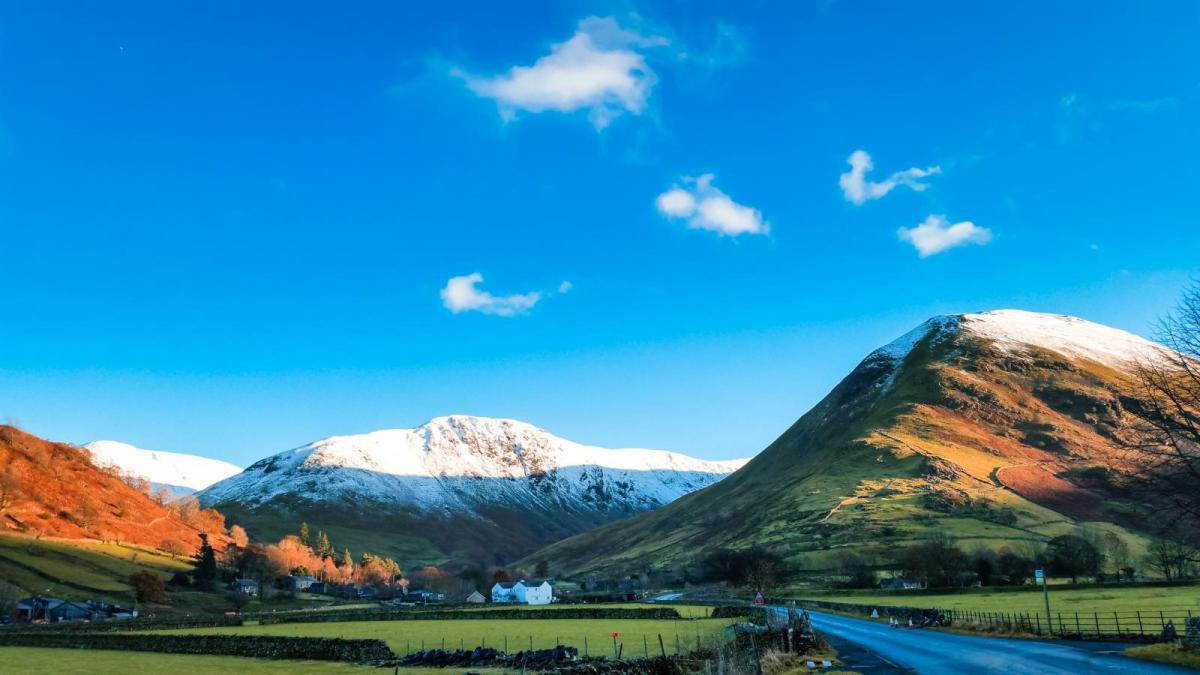 A new month, a new season and a change to colder weather

It's amazing how often a change of month brings a change of weather, as it turns colder, blustery and very unsettled over the next few days. We'll also be talking about snow (mostly on hills), with both today and tomorrow seeing the transition take place, just in time for the beginning of meteorological winter.

The Netweather Winter Forecast has been issued - read it here.

Much of England, Wales and East Scotland are waking to a fine morning but a cold one, with a slight frost in some rural areas. After several days of gloom, the sunshine will be no doubt be welcome, with East Anglia and the South East staying fine throughout. But in central and western areas cloud will increase as a warm front moves in, with showery rain over Northern Ireland and the North and West Scotland, spreading to much of Scotland and parts of North West England and Wales by dusk.

A raw North wind will bring the odd shower to Norfolk at first, but these'll fade as winds turn into the West or South West and decrease. Across Northern Ireland and Scotland however, a South Westerly wind will tend to freshen through the day. Top temperatures only 6 to 9C, but 10 locally 11C towards the South West.

A largely clear start to the evening over East Anglia and the South East may allow a ground frost to form for a while before cloud slowly increases overnight, but it should stay dry. Elsewhere cloud will give patchy rain or showers, but any rain in central and southern areas will be mostly light. Northern Ireland and most of Scotland should see skies clearing before the end of the night, but with a few blustery showers towards Highland and in the West that'll be turning wintry on hills.

A South West wind will become fresh or strong over North West Scotland, but with a lighter Westerly breeze over central and southern parts of England and Wales. Lowest temperatures about 1 or 2C across East Anglia and the South East, with the cloud preventing the thermometer from falling below 4 to 7C in most other parts. 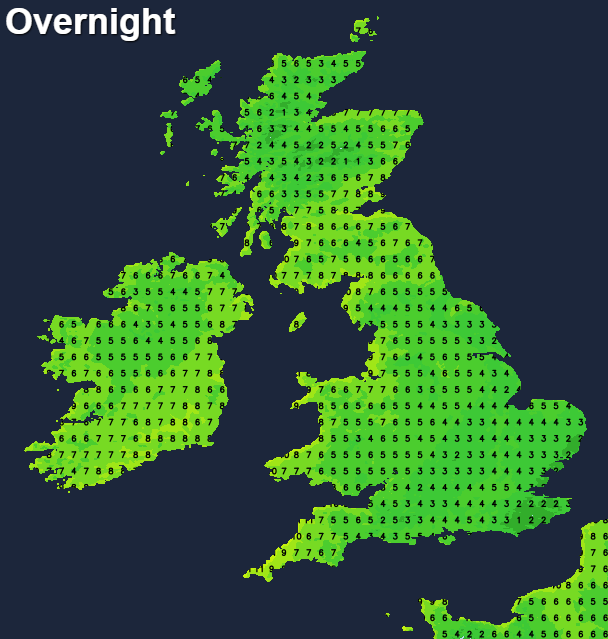 A band of mostly light rain crossing England and Wales tomorrow will eventually reach the South East. Following on will be sunny spells but a scattering of blustery showers that'll be most frequent over Scotland and Northern Ireland. These'll be heavy in places and as it becomes progressively colder will turn wintry, falling as snow on hills above about 300m. A West or South-West wind will be fresh or strong, with gales over North West Scotland giving gusts up to 50mph. It'll feel raw, with temperatures no higher than 4 to 6C in the North and 7 to 9C further South. 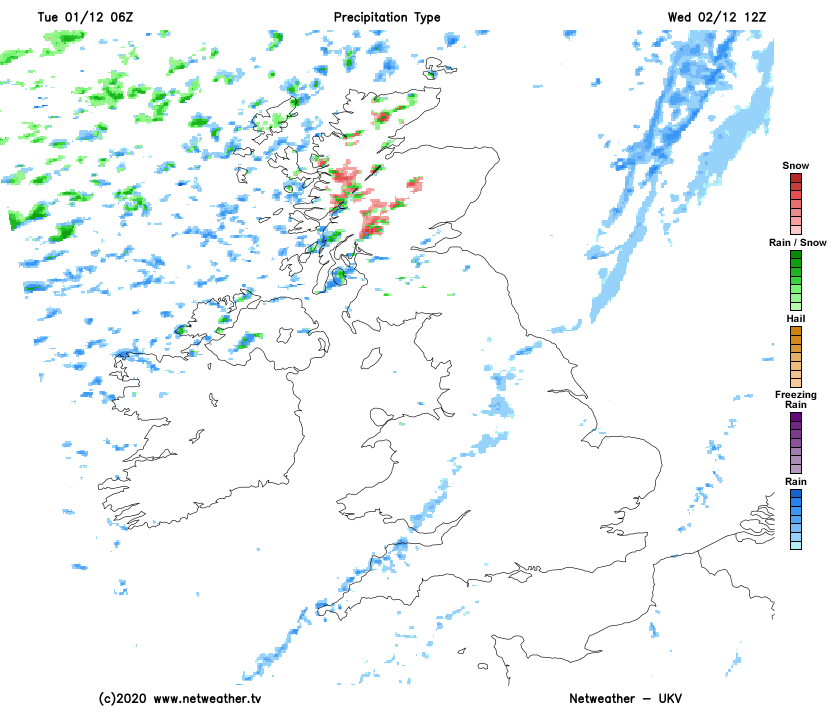 There'll be clear spells after dark mostly in sheltered eastern areas, but with a further scattering of blustery showers especially in the North and West where some will be heavy. These'll fall as rain, hail or sleet and as snow on hills, with the Scottish mountains, higher hills of Derry and Antrim, Cumbrian Fells and the North Pennines probably seeing a covering of snow by dawn. Later in the night, longer spells of rain will be moving into the South West. Sheltered northern areas see a touch of frost leading to icy surfaces, with lowest temperatures mostly between 0 to +4C. Winds remain fresh or strong West or South West but will be somewhat lighter in the South.