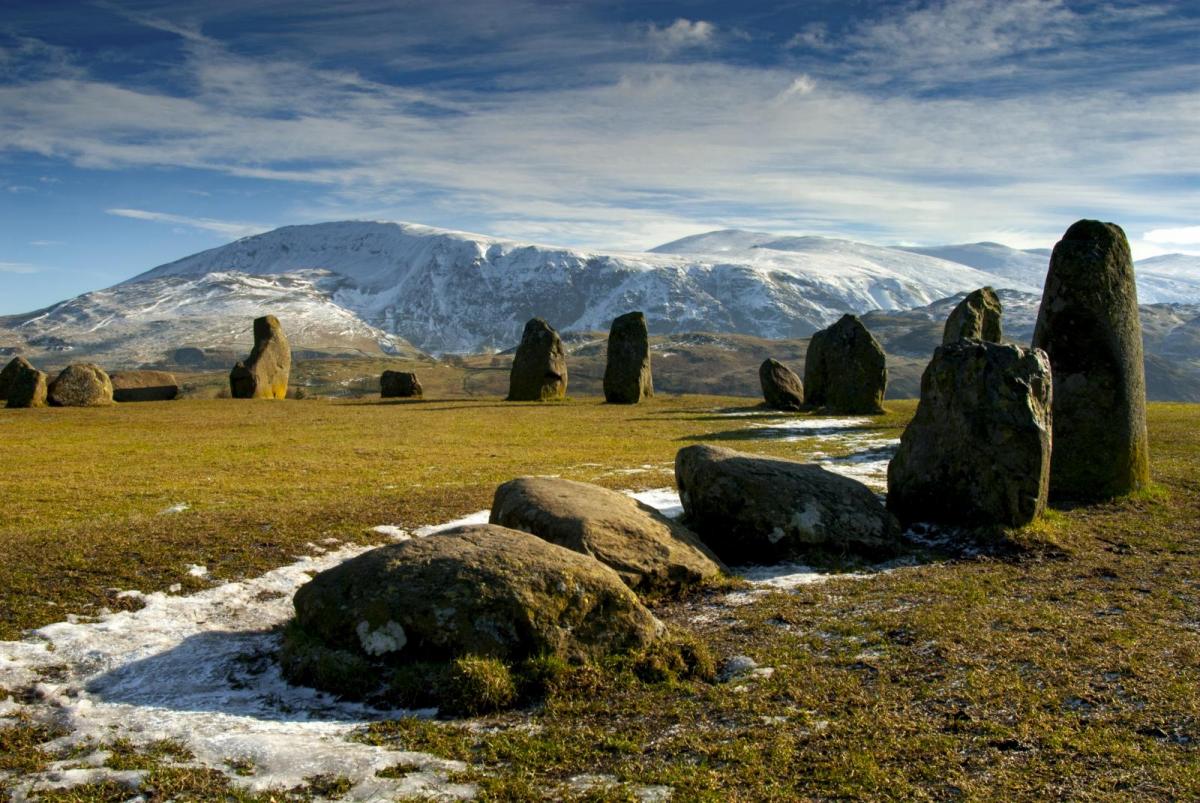 Colder weather on the way for the start of Winter

Meteorological Winter arrives tomorrow, and right on cue, the weather is going to be taking a colder turn this week. Don't expect the massive freeze you may have read about in some parts of the media, but temperatures will be heading below average, and there will be some snow - for the most part though, any lying snow will be reserved for higher ground.

For now, it's a mostly mild, murky start to the week with outbreaks of rain moving south across the country today. Behind all of that, there is colder, clearer air arriving from the north, which is going to mean a chilly night tonight with a widespread ground frost. 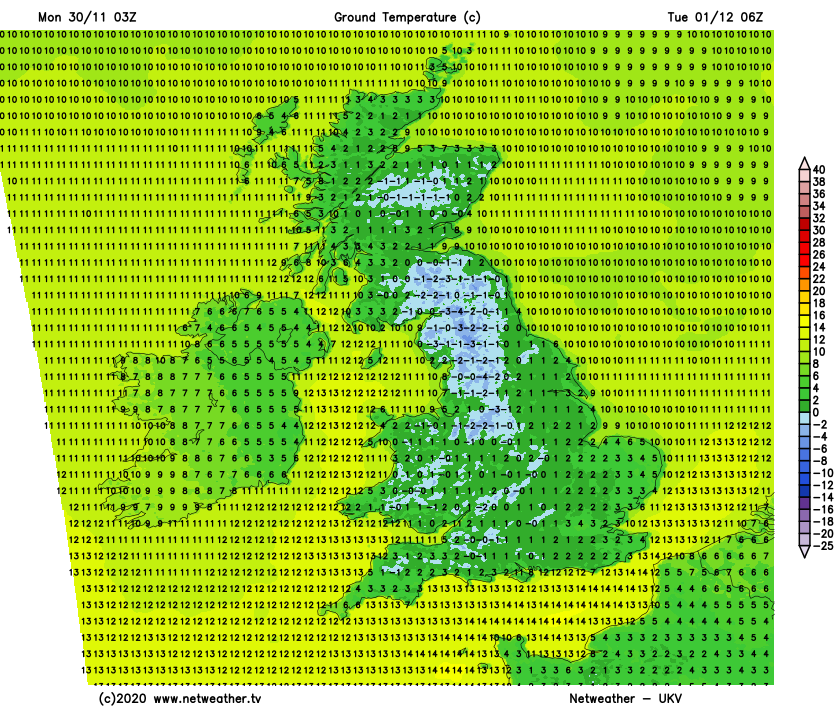 This first visit of colder air during this week will be a pretty brief one, with milder air pushing back in from the west later in the night and into Tuesday. With it, there'll be some mostly light, patchy outbreaks of rain affecting western parts of the UK, along with Ireland. Further east it'll stay drier, and particularly in the southeast and East Anglia, it'll be sunnier too but still feeling quite fresh. There is also just a risk of one or two showers clipping eastern coastal counties of England, especially in East Anglia during the day.

Temperatures on Tuesday will be mildest in western parts where 9-11c will be likely, elsewhere 6-9c will be about the max.

Later Tuesday, a band of rain along a cold front will arrive into the northwest of Scotland - it's this which will signal the start of a longer-lived spell of colder weather, as the cold air tucks in behind it. The rain along the front could be quite lively for a time as it moves through Scotland, Northern Ireland and into Northern England, but it'll fade as it heads further south and won't be a long-lasting affair.

Once it's moved through, there'll be a lot of showers packing in behind, and these are going to turn increasingly wintry, especially across the north of the country from late Wednesday and into Thursday.

From Thursday onwards things do start to become quite complex, as low pressure moves closeby and very likely right over the top of the UK. That's going to make for a very unsettled picture, with waves of showers moving through at times, along with blustery winds. With colder air in the mix, some of those showers are going to be wintry - with just about anywhere likely to see some hail, sleet or wet snow. Lying snow is likely over the hills, but not exclusively so, with some heavier bursts potentially seeing temporary coverings at lower levels as well. 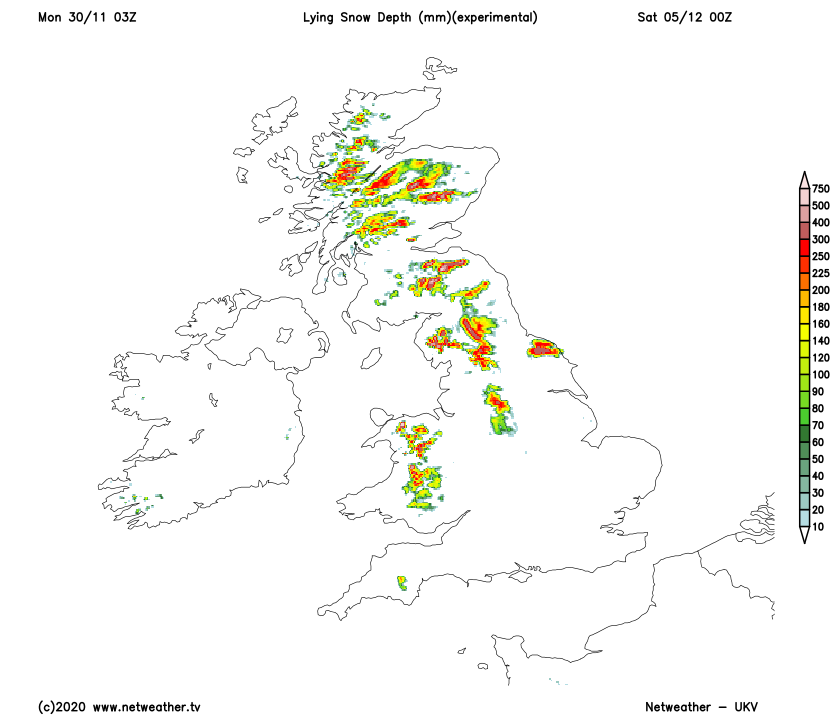 I wanted to show you the map above, as it shows the expected lying snow at the end of this week, but it does need a lot of caution, as it's a long way off in forecasting terms and subject to change. But, what it does highlight is that it's the higher ground which is expected to have ongoing lying snow cover at that point, with much of that further north.

So, plenty happening this week, with a first proper taste of winter likely. If you're wondering about the weather for the winter overall, make sure you drop in later as the Netweather Winter forecast will be published this evening.