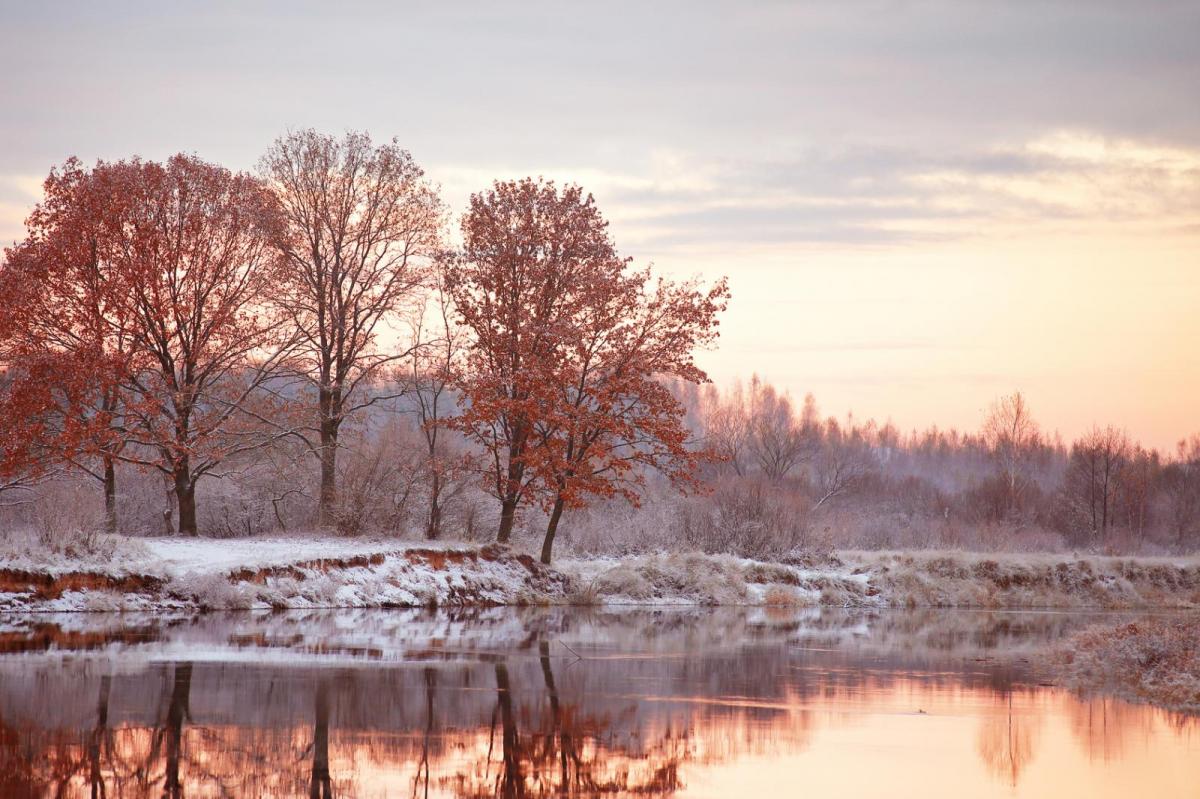 A slow-moving cold front brought a lot rain across parts of Scotland and N. Ireland yesterday. The same front has now got a move on and will clear England through today, with increasingly dry and sunny conditions following across northern and western areas while turning less mild too. A ridge of high pressure will build in for rest of the week settling the weather down with lighter winds and mostly dry conditions. But there will be an increasing risk of frost and fog forming overnight as a result. It will turn colder by day too, temperatures remaining in single figures for all on Friday. Dry and settled but chilly conditions continue through the weekend, with a risk of overnight frost where skies clear and also risk of mist and fog first thing in the mornings.

Milder air over England & Wales will be replaced by colder air for the rest of the week and over the weekend, while a ridge of high pressure builds in and settles the weather down.

It’s been a grey, mild and, in places, damp start across England and Wales, outbreaks of rain are affecting northern England the Midlands and central southern England as the morning commute or school run finishes.  A cold front bringing the rain will continue to edge east taking a band of rain with it across central, southern and eastern England through the morning. Clearer but chilly conditions with sunny spells across Scotland and Northern Ireland this morning, but with showers affecting western Scotland. These sunnier and cooler conditions arriving across northern England, Wales and SW England later this morning, as early cloud and rain clears here.

Cloud with patchy mainly light rain and mild conditions will become confined to East Anglia and SE England through the afternoon, perhaps lingering across the far southeast well into the evening. Bright or sunny but cooler conditions further north and west for most during the afternoon, though showers continuing for western Scotland and around northern coasts of N. Ireland.

A colder night tonight compared to last night under clear skies for most away from the far southeast – where cloud and patchy light rain will linger. Temperatures falling into low single figures widely, around freezing in rural northern and western areas – leading to a frost developing. There will also be mist and fog forming in places. 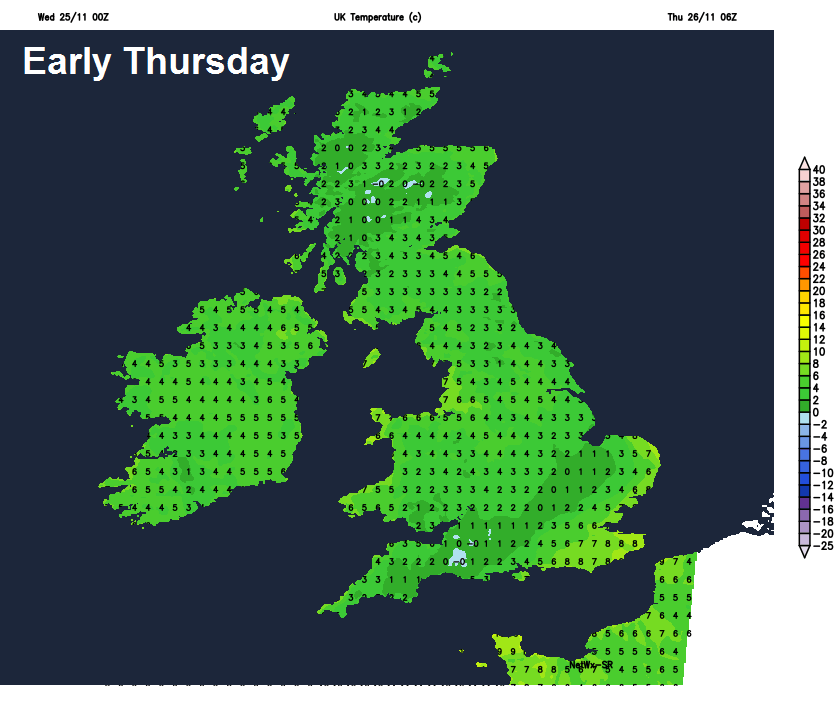 After a cold and frosty start, Thursday is looking like a decent day, with most places staying dry and with plenty of sunshine once early mist and fog in some spots clears. Cooler than of late though, temperatures reaching 5-7 across Scotland, N. Ireland and NE England. 8-11C elsewhere. 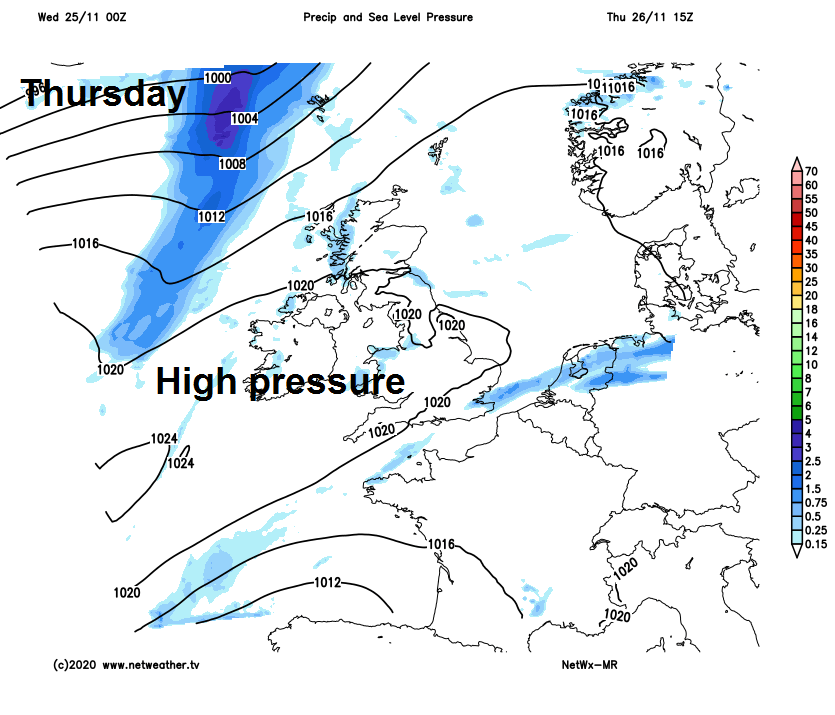 Mostly dry, but perhaps more in the way of cloud generally on Friday, frosty, misty or foggy start for some, but some brightness or sunny spells developing in the north and east, it will be colder still on Friday with temperatures reaching 5-7C at best, perhaps 8C in the far west, but fog may linger in places – keeping temperatures in low single figures.

The dry and settled but chilly conditions continue through the weekend, with high pressure firmly in control. Frost likely anywhere overnight where skies clear and, with light winds, mist and fog patches forming in places too. There will be some bright or sunny spells in places, but it won’t be wall-to-wall sunshine, with areas of cloud floating around, particularly where fog lifts into low cloud. And where fog lingers at the surface, it will stay rather cold – with temperatures staying in low single figures. Thicker cloud with a few showers possible across eastern England and NW Scotland on Sunday. Temperatures generally reaching 5-9C at best.