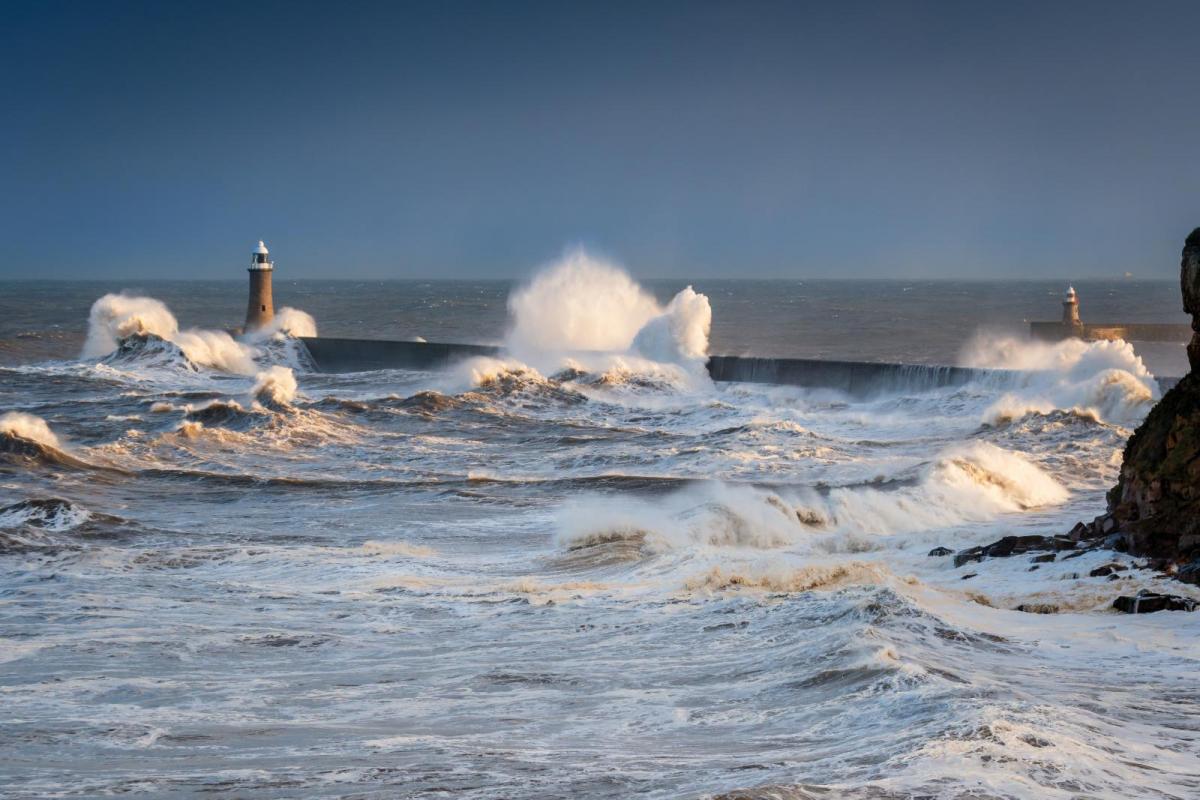 A very deep area of low pressure containing the extratropical remnants of Hurricane Epsilon will spin in to the south of Iceland over the next few days, driving a band of rain east across all parts today followed by windier conditions with sunshine and showers on Wednesday. Further smaller ‘secondary lows’ will ride a powerful jet stream to the south of the deep ‘parent’ low sat off Iceland, tracking close to the northwest, continuing the windy theme and bringing further spells of rain on Thursday and Friday, the rain persistent and heavy across northern and western areas, with yellow warnings from the Met Office for the rain in some parts of the west. However, with winds switching southwesterly later in the week and the flow coming all the way up from the Azores, it will turn milder than of late, with temperatures reaching the mid to high teens.

For now, it’s a chilly but mostly dry and bright start across much of Scotland and the far east of England, temperatures low enough across sheltered parts of northern Scotland for a touch of frost. However, a different picture to start across southern and western parts of England, Wales, N. Ireland and SW Scotland, with a frontal system edging in from the west since the early hours bringing outbreaks of rain for the morning commute. This broad swathe of rain will continue to edge eastwards through the morning, leading edge reaching eastern England, southern and western Scotland late morning, while at the same time tending to turn brighter but with showers across N. Ireland, Wales and SW England.

The rain eventually clearing east from eastern England out over the North Sea by late afternoon, while spreading northeast across Scotland. Brighter or sunnier conditions following across much of England, Wales, N. Ireland and SW Scotland, but with a scattering of showers in places. Increasingly windy through the afternoon, as that deep area of low pressure over the Atlantic moves ever closer to Scotland. Temperatures struggling to make for a chilly day, afternoon highs reaching 8-11C in the north, 11-14C in the south.

Rain lingering across NE Scotland through the evening before clearing in the early hours, otherwise many central and eastern areas of Britain a dry night with clear spells and turning chilly. Showers affecting western parts and also close to the English Channel, some of which will turn heavy, perhaps with the odd rumble of thunder.

As the deep low to the west gets closer to the northwest, some pretty big swells being whipped up over the Atlantic by Wednesday, waves could reach up to 10 metres on the west coast of Ireland, 6-8 metres along the western facing coasts of Scotland.

Otherwise, with low pressure close by the northwest, Wednesday will be windy with a mixture of sunshine and blustery showers, showers heaviest and most frequent along southern counties of England, Wales, NW England, N. Ireland and western Scotland, accompanied locally by hail and thunder. Eastern Scotland, central and eastern England escaping with a mostly dry and sunny day. Temperatures reaching 10-13C, so again, on the cool side. 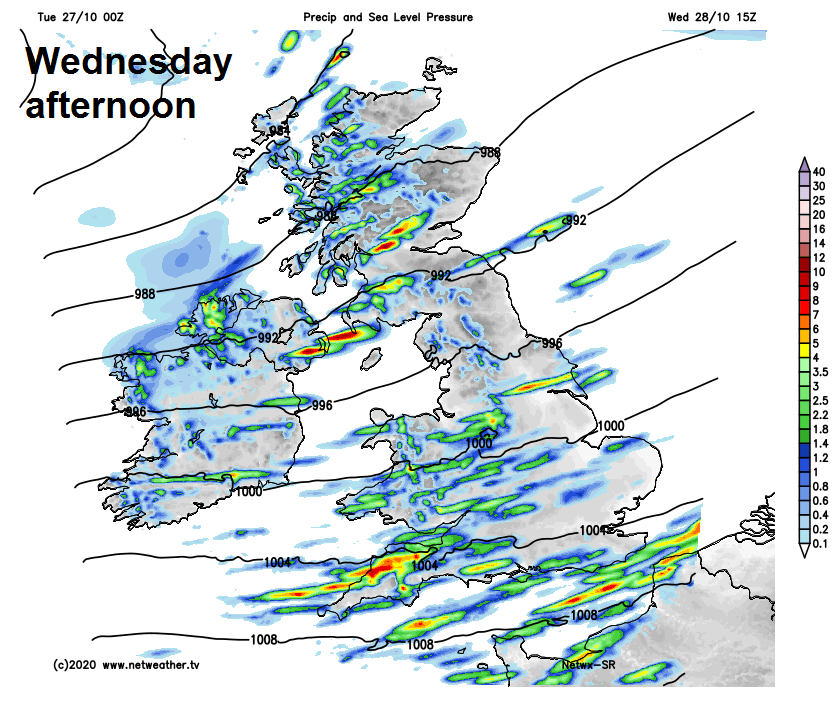 Spells of more persistent and locally heavy rain will spread northeast across most parts on Thursday, accompanied by an increasingly strong southwesterly wind, touching gale force in the west. Rain clearing Wales, southern and central England to sunny spells and a few showers in the afternoon, rain perhaps lingering across the north. Turning a little milder as winds switch southwesterly – reaching 12-15C.

Cloudy and windy on Friday, with further rain at times over northern and western areas, rain persistent over western hills, some patchy light rain or drizzle possible elsewhere, but also some brightness possible towards the southeast. However, winds easing and it will quite mild though in the south, temperatures here reaching 16-17C.

The Met Office have issued a yellow warning for heavy rain affecting parts of NW England and west Wales on Thursday and Friday – where up to 130mm (5 inches) of rain is possible on the hills, leading to a risk of flooding.

It looks like staying unsettled over the weekend, with further spells of wet and windy weather crossing Britain from the southwest, some drier and brighter interludes in between the rainy spells. Still quite mild though.