A large and deep Atlantic depression will dominate the weather this weekend, making its way slowly eastward to be over Scotland by Monday. This'll bring a band of rain followed by blustery, even squally showers in strong winds. Gales are likely especially in the North and West and over exposed coasts and hills, but it'll be on the mild side particularly towards the South East at first. 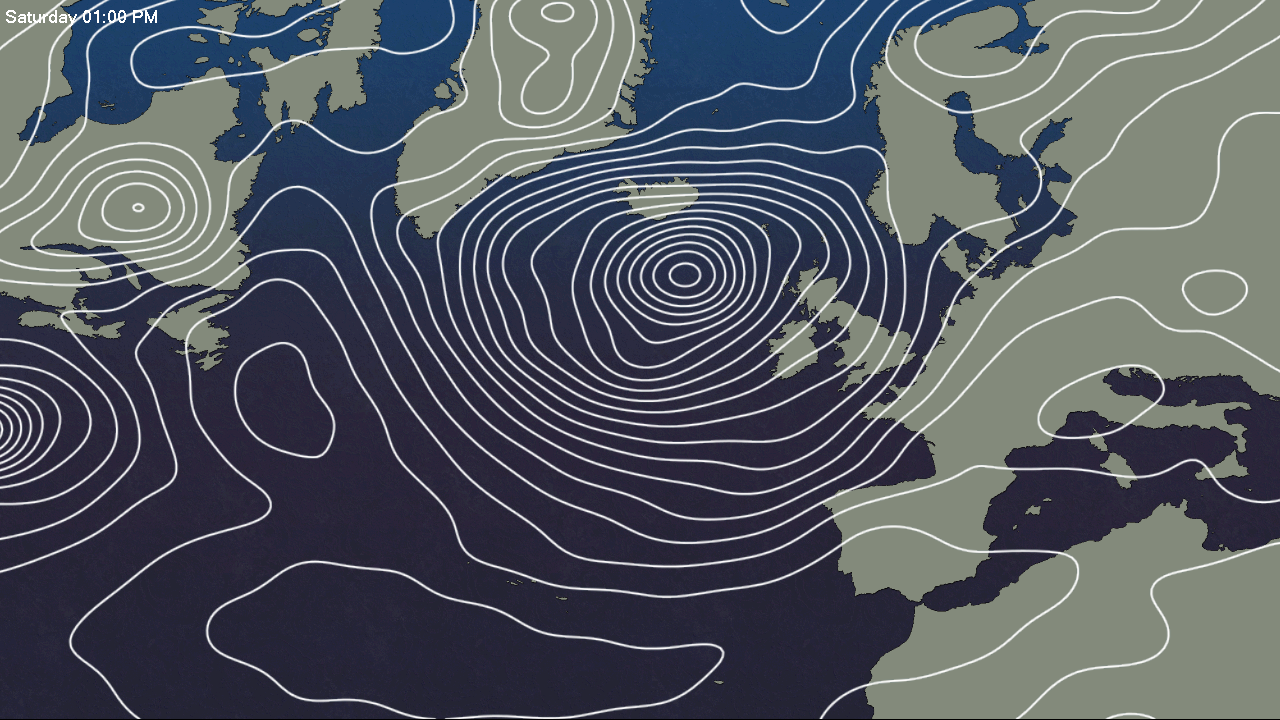 After a bright start to Saturday in some eastern areas, there'll be a band of rain crossing England and Wales through the day. Some of the rain, patchy at first, will be heavy and squally, followed in the North and over much of Wales by sunny intervals and a scattering of blustery showers. Much of Scotland currently has heavy rain, but this'll clear to the East and then you'll join Northern Ireland in a day of sunny intervals and blustery showers. These'll be heaviest and most frequent in the North and West where some will be squally with hail and maybe a crack of thunder.

In a blustery day everywhere, a southerly wind will be fresh or strong, giving gale-force gusts. Across the North and West and in the Irish Sea we already have winds of up to 60 mph, with further potentially damaging gusts likely in the heavier more squally showers and over exposed coasts and hills. Despite the conditions, it'll become very mild across East Anglia and the South East, where the thermometer could reach 16 or 17C before the rain arrives. Elsewhere 11 to 14C is more likely, with a somewhat chillier, fresher feel behind the band of rain.

Central southern England together with East Anglia and the South East see further locally heavy bursts of rain into the evening, that'll move away overnight. All parts will then be in 'the same boat' with a mixture of clear intervals and scattered blustery showers. These continue to be most frequent in the North and West, with some heavy and perhaps lengthy ones over Northern Ireland and West Scotland.

Winds remain fresh or strong from the South or South West with further gusts of 55 to 60mph likely in the North and West, although central and southern parts may see somewhat lighter breezes into the early hours once the rain has cleared. While feeling fresh, the wind will prevent temperatures from falling below 4 to 9C.

Sunday remains unsettled with further blustery showers. Some will be heavy and lengthy over Northern Ireland and Scotland, with showers in the West and towards the South coast moving inland through the day. These too will be heavy locally but with fewer showers in the East, where you should see the best of the sunny spells on offer. A South to South West wind remains blustery, with gusts in excess of gale force in the North and West and in the squallier showers. Top temperatures 10 to 14C. 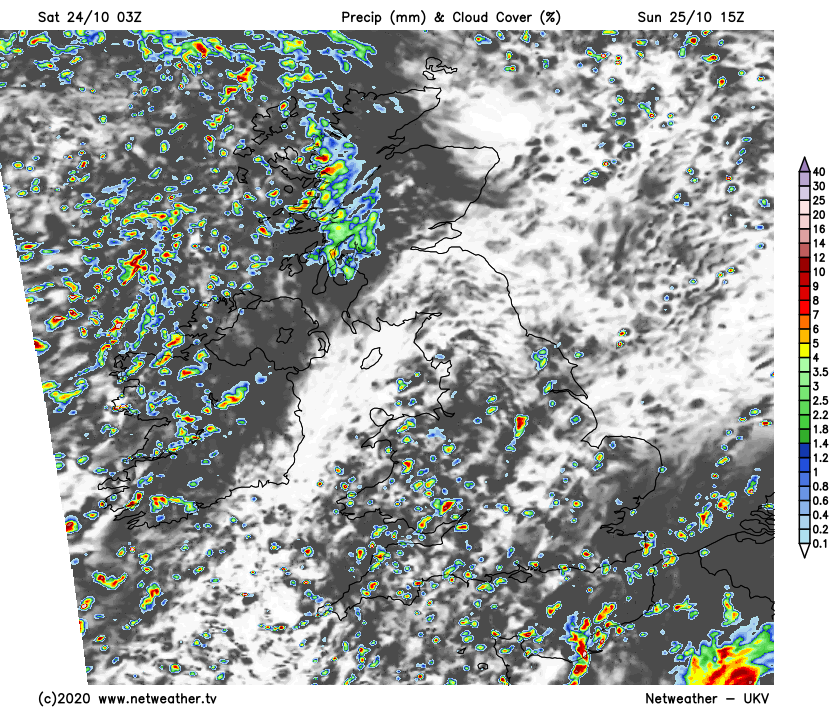 Showers continue during the evening and overnight, especially over Northern Ireland and Scotland but across England and Wales, the showers should be mostly towards South and West facing coast. This'll allow clear intervals to develop in central and eastern areas, but even here you won't be entirely immune from catching a locally sharp shower. A South Westerly wind although still quite blustery should decrease a little, with lowest temperatures mostly in the range 4 to 7C.