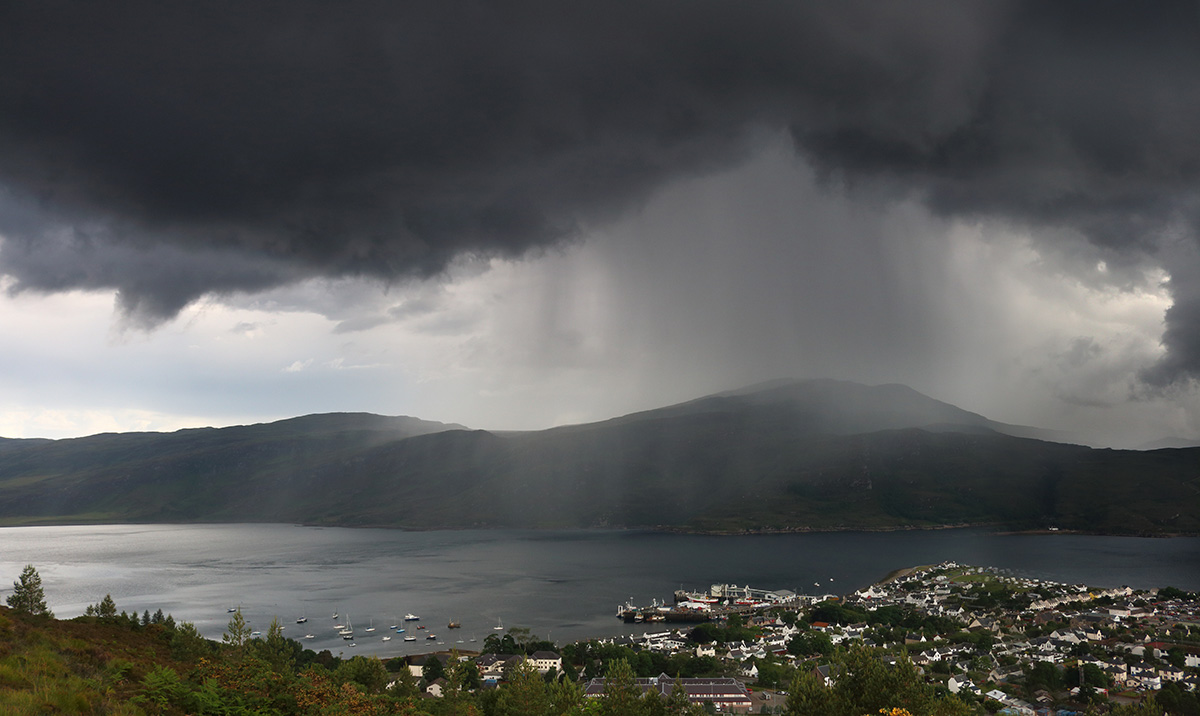 Squally, wet and wild start to the weekend on the way

The unsettled run of weather will continue as we end the week and move through this weekend, as Atlantic low pressure makes its presence felt. Today, we have a showery band of rain moving west to east, tomorrow brings a more lively band though, which is looking likely to bring some squally winds and torrential rain as it passes through.

Then, by Sunday with low pressure nearing the northwest of Scotland, it'll be windy - especially in the northwest, with a mix of sunshine and blustery showers being blown through from the west. Quickly looking ahead into next week, the remnants of hurricane Epsilon are forecast to move towards the British Isles bringing another spell of potentially very wet and very windy weather with them into Tuesday and Wednesday. That's a long way off though, with bags of uncertainty over the details and timing, so stay tuned for updates.

Today, after a wet start in the west, the rain will trundle its way east during the day. As it does so, it'll become more showery and generally lighter but there is the risk of some sharp, thundery showers in the south and particularly southeast this afternoon and into the evening. Behind it, there'll be a scattering of showers but plenty of bright or sunny spells with the majority of showers affecting the northwest of the country. Temperatures this afternoon will peak at 13-15c in the southeast, 9-13c typically elsewhere. 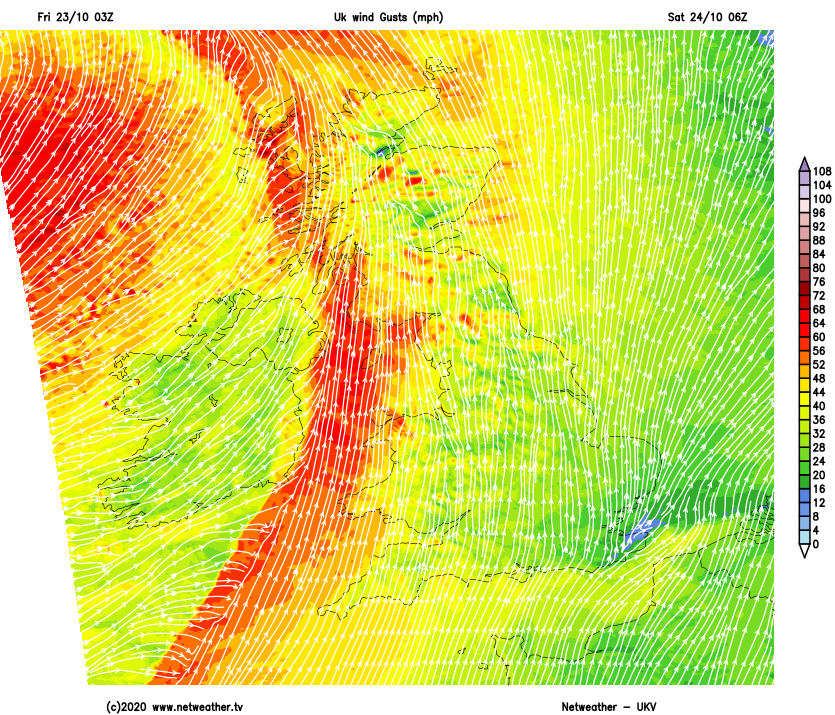 Overnight, the next band of wet weather arrives into the west - this time along a cold front. It's going to pack quite a punch as it moves through, with gales or severe gales most prevalent in western parts but also some locally very squally winds during the more intense periods of rain as it all moves east.

The rain could be torrential at times, with some hail and thunder potentially also mixed in. Timings wise, western Scotland and Ireland will see the rain first, overnight and into the start of Saturday. By Saturday morning, other parts of western Britain will be getting in on the act with everything then heading east during the day, to finally clear the southeast corner overnight.

Everywhere will see a period of rain, with some parts getting another good soaking with 25mm (1 inch) or more expected. 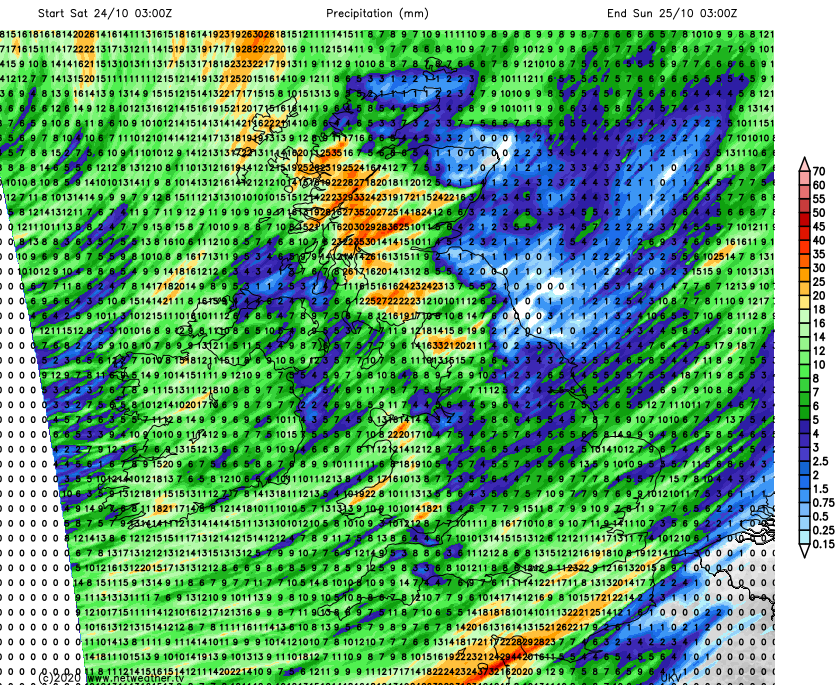 Fresher, colder air will be introduced behind the squally band of rain. There'll be some sunny spells coming through, but also a fair rash of sharp showers - especially in the north and west, and with temperatures falling they're likely to be wintry over the high ground in Scotland.

A day of sunshine and sharp, blustery showers then beckons for Sunday. The showers will be blown west to east with nowhere completely out of the firing line, but it will be those in the west and north who see the majority, along with the strongest winds with low pressure close to the west of Scotland. Temperatures will reach into the teens in the southeast corner, but for most 8-12c will be about the peak.

Into the start of next week, that same low is set to move across the northern half of Scotland during Monday, bringing another day of sunshine and blustery showers. We'll then have to look out towards the Atlantic to keep track of developments as the remnants of Hurricane Epsilon start to make their move. 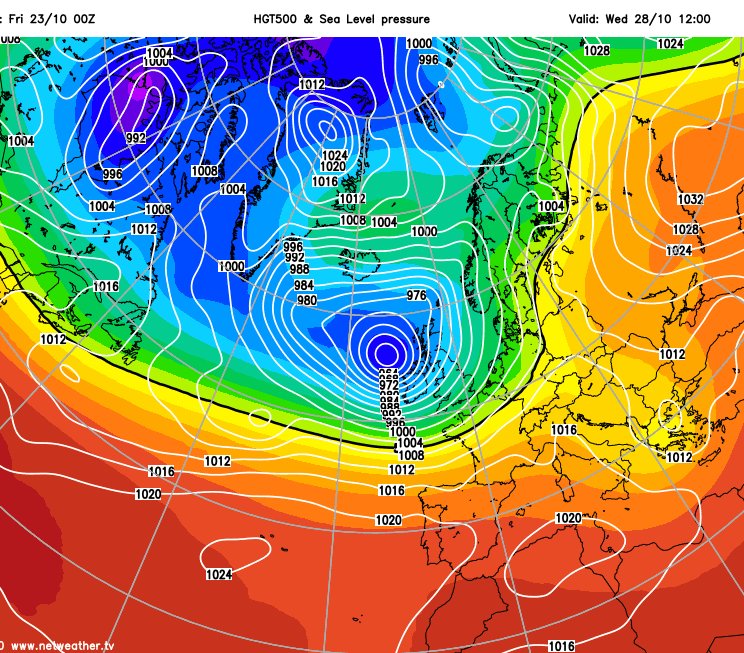 The first sign of that is likely to be a band of rain moving through on Tuesday, with the potential for more wet and potentially very windy weather following into midweek. Bear in mind though, that there's a lot of uncertainty over all of this currently.