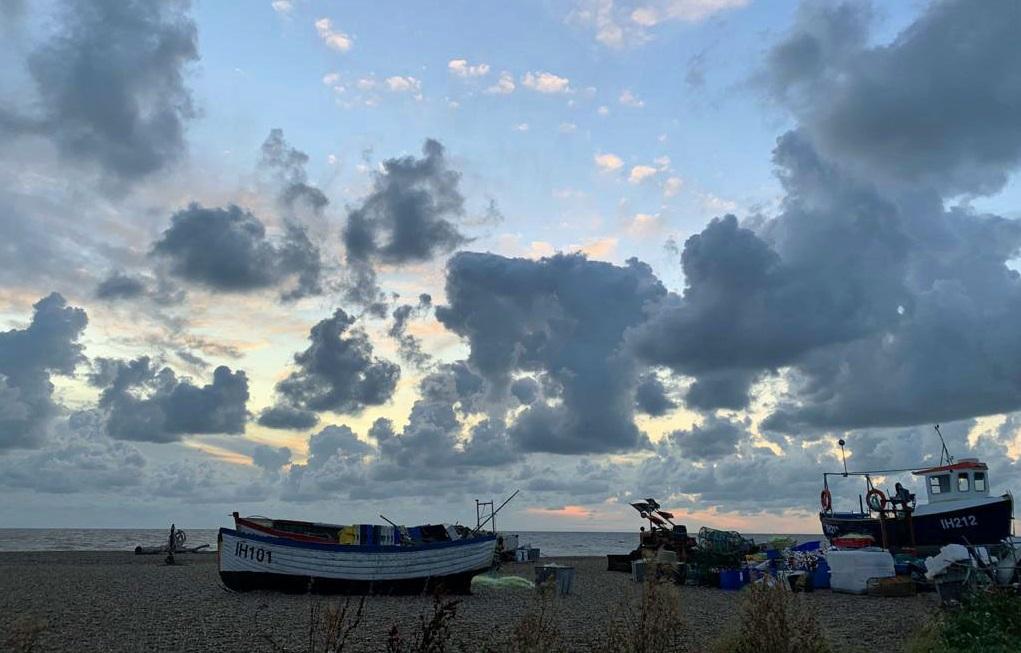 A quiet weekend, still chilly before wind and rain arrive for next week

This time 33 years ago people in SE Britain were venturing outside after The 1987 Great Storm which raged through the night bringing damaging wind gusts of up to 115mph which downed millions of trees in southern England. Central London recorded a gust of 94mph as a Sting Jet (core of upper strong winds) reached the ground, hitting the UK. Michael Fish will be back next Friday for his regular Netweather forecast. 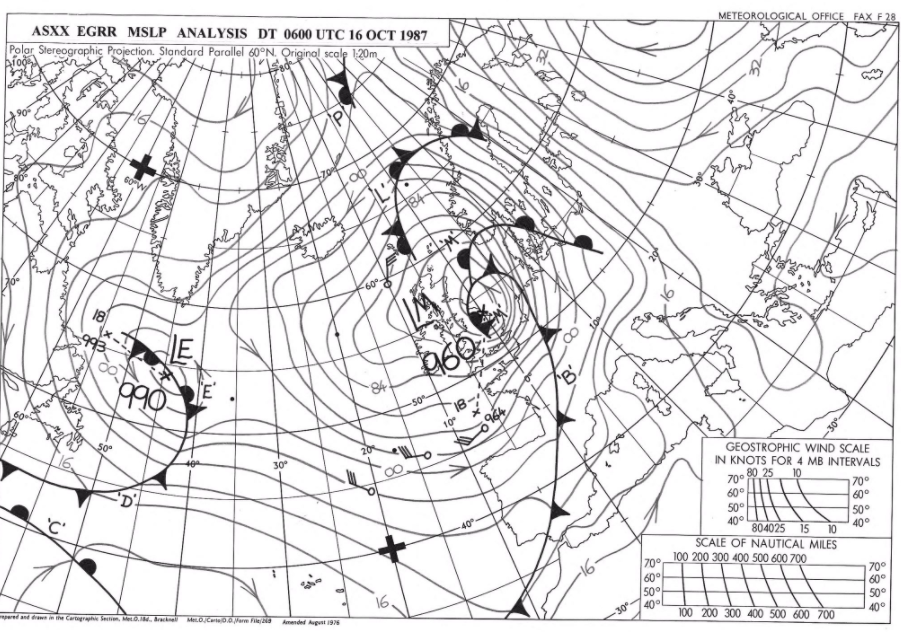 Today is a much quieter picture with high pressure to the north, light winds, a cool feel by day, nippy by night and dry for most with more cloud in the east yet brighter further west. This pattern continues for much of the weekend.

Another cool day with a good deal of cloud in the east. This low cloud is drawn in off the North Sea and continues to bring dampness to eastern Scotland, even though the Central Belt. Winds are light for Scotland being nearer to the centre of the High. Further west it will be sunny. For Wales, it will be a fair, bright day, dry for most with sunny spells. The odd shower could reach Powys this afternoon. Northern Ireland will also see the odd showers for eastern coasts, but it will be a fine, bright day just feeling cool. Across England, most places remain dry and fair with just a few showers moving east to west, more cloud for eastern counties but more brightness and sunny spells further west. Temperatures remain around 10 to 14C across the UK and it has been a chilly start this morning in places with grass frost. 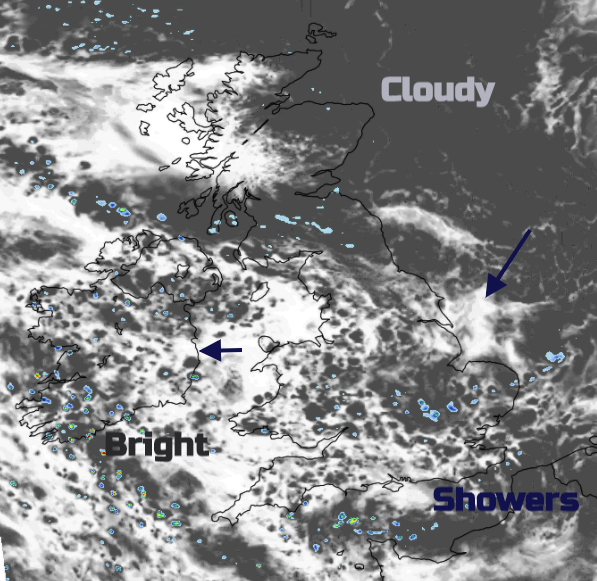 Very little changes, the days are mixed, mostly dry just a scattering of showers. The cloud cover either bringing gloomy grey skies and adding to the cold feeling or brightness and sunny spells giving cheer. By night there will be plenty of cloud feeding in off the North Sea bringing dampness again but also more frost mostly in the north and west where breaks appear. It remains cool by day. Later on Saturday, a cold front will bring more showers into Grampian then down into NE England on northerly winds.

With very light winds to start Sunday, there will again be some fog and frost but a change is on the way for next week. Wet and windy weather arrives as a series of low pressures move in from the SW. There is uncertainty in the detail but there will be spells of heavy rain and blustery winds around the various low centres. We will lose the ongoing chilly NE breeze as the sedate anticyclonic conditions are replaced with the mobile rush of autumn wind and rains. 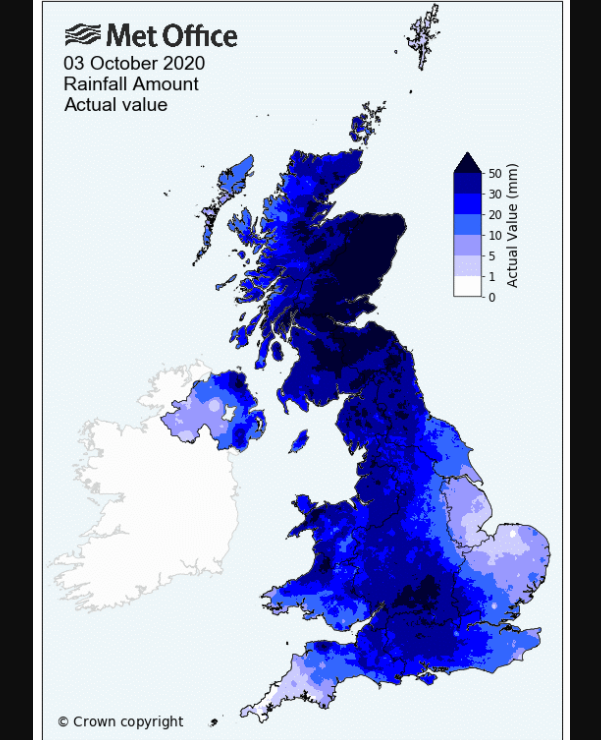 The Met Office has announced that Saturday 3rd October was the wettest day on record for UK wide rainfall. Records date back to 1891 with this day seeing moderate, persistent and widespread rain following Storm Alex which went on to devastate parts of Alpine Europe.