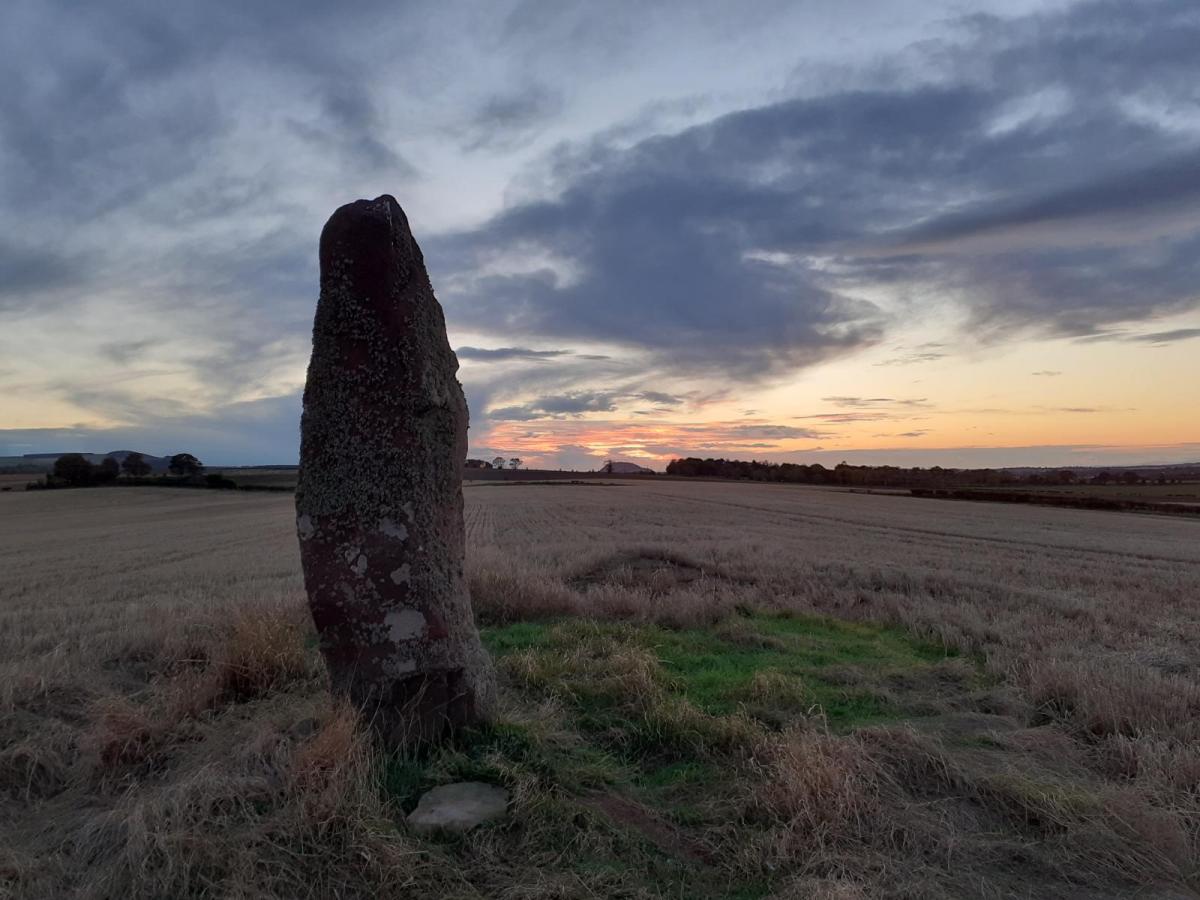 Today low pressure over eastern Britain will bring spells of rain from the east and clusters of showers for Wales and SW England. The week remains cool, but it will become drier with light winds and a touch of frost as high pressure builds to the north of the UK. Next week looks wet and blustery. 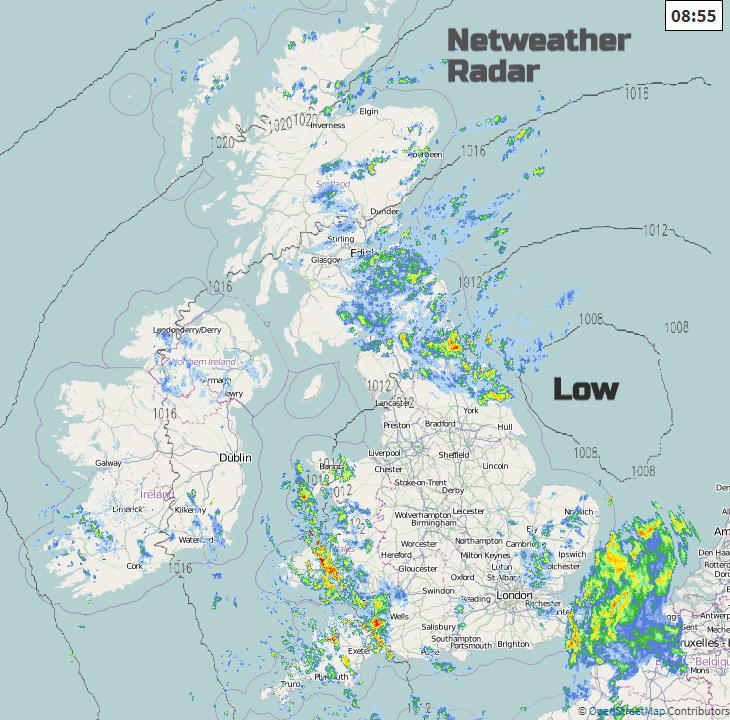 As the low fills and drifts southwards today, the brisk north-easterly flow continues to bring cloud and persistent rain to NE England and eastern Scotland. Quite grim, murky conditions here. Showers are also steering over northern Scotland, into Northern Ireland and heavier groups are giving a wet start for Wales and SW England this morning. There is also an occluded front lurking over Kent and the eastern Channel with other showery outbreaks rotating around the low for East Anglia and the Home Counties. It’s an unsettled day with some areas seeing a fair amount of rain. 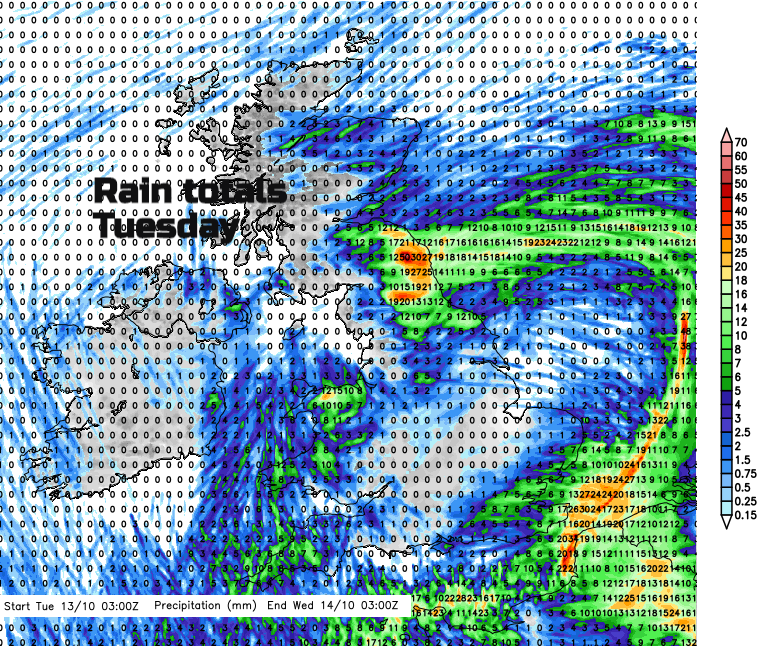 However, some inland parts of England will escape most of the rain, it’s a mixed picture. The clusters of showers over Wales rotate southwards with more for SW England particularly the north coast of Devon and Cornwall. The rain over eastern Scotland nudges southwards with rain extending over Yorkshire and the Pennines, then by lunchtime over the Peak District into North Wales and the Midlands. And the frontal band over Kent swings around over more of SE Britain, so catching London later today and Essex, Sussex and Surrey with potential wet conditions for the M25 and M2 for the evening rush hour. For Northern Ireland and much of Scotland, away from the SE, the day will improve becoming drier and brighter.

Temperatures stay around 10 to 14C and it will feel colder in the wet and blustery places. A fresh NE Wind takes hold for Scotland and Northern Ireland, northerly through the Irish Sea and backing north-westerly for SW Britain. Closer to the low the winds won’t be as brisk, particularly over East Anglia but still a cool feeling in the air with the northerly flow

Overnight in a north-easterly flow, low cloud and outbreaks of rain continue to move int from the North Sea. Showery outbreaks reach right across to Wales and County Down and Antrim. The winds begin to ease off in the north but moderate for southern Britain. So, feeling cool here with fresh NE winds for the Channel Islands. Western Britain will see more brightness and sunshine by Wednesday afternoon and fine for southern England. Northern Ireland also sees a fair day. Again, cloud and damp weather are pushed in from The Forth with more cloud and showers appearing for eastern England by lunchtime and flowing across Britain in the afternoon. Many places stay dry and bright as the high pressure does its work of settling the weather down, subduing the showers. 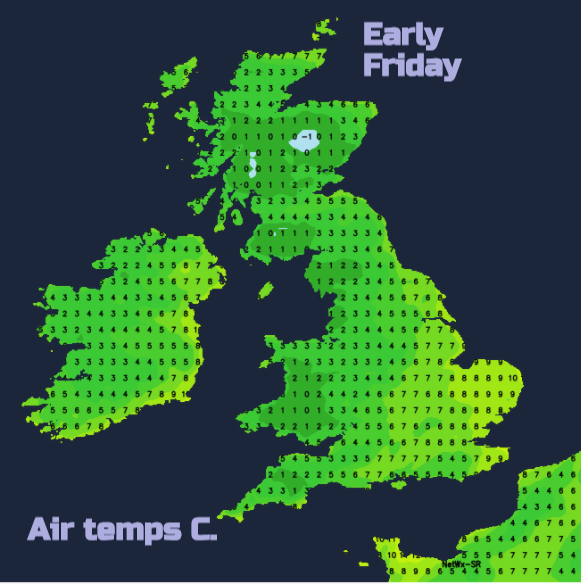 A colder start on Thursday with many areas starting off fair and bright. There will be a bit of frost in the north and even some fog patches with a steady feed of showers clipping the far SE of England and feeding SE through the Channel. It looks like there will be a good deal of cloud about under this high, so breaks giving sunshine will be scarce. The temperatures stay in the 10 to 14C region, no change all week, and the quieter conditions remain into the weekend, still with the risk of frost in the north and the west. Often grey, with cloud that is thick enough to sometimes bring rain but overall, just steady and fair but feeling autumnal cold.