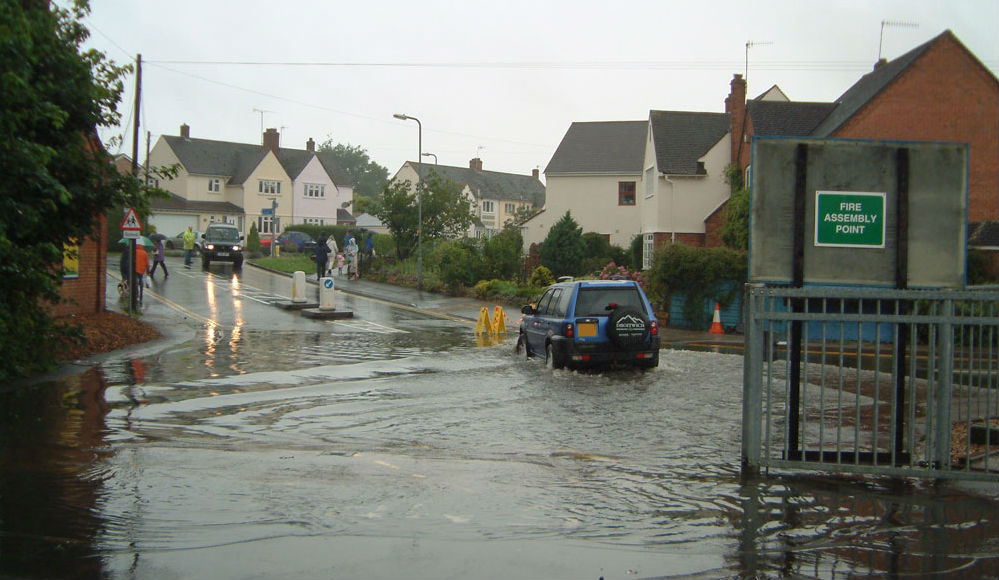 Storm Alex brought a wet and windy Friday across southern Britain, with persistent rain bringing over 60mm across parts of southern England, while winds gusted to 60-70 mph through the English Channel. Although northern areas escaped these wet conditions yesterday, much of the UK will have a very wet weekend, some places in the north and west wet enough to warrant an Amber Warning from the Met Office, with yellow warnings in force elsewhere too. It won’t be wet everywhere all the time, the far west will start dry today, but rain will move west across much of the UK through the day, while turning increasingly heavy across northern and western areas, increasing the risk of flooding and travel disruption here. With low pressure sat over the UK not moving far on Sunday, further spells of rain or showers are likely across many areas. Remaining unsettled and on the cool side next week, with low pressure nearby and winds from the west or northwest feeding in showers or longer spells of rain.

A yellow warning for rain is already in force covering eastern Scotland, parts of northern England, Midlands, Wales and down into SW and central southern England. However, an Amber Warning for rain from the Met Office comes into force from midday until 6am tomorrow across a part of eastern Scotland, where 40-70mm is expected widely, over 120mm over higher ground. Another Amber Warning for Wales and parts of SW England – where 25-50mm of rain could fall widely, 70-90mm over higher ground, perhaps over 120mm over Snowdonia and Exmoor. 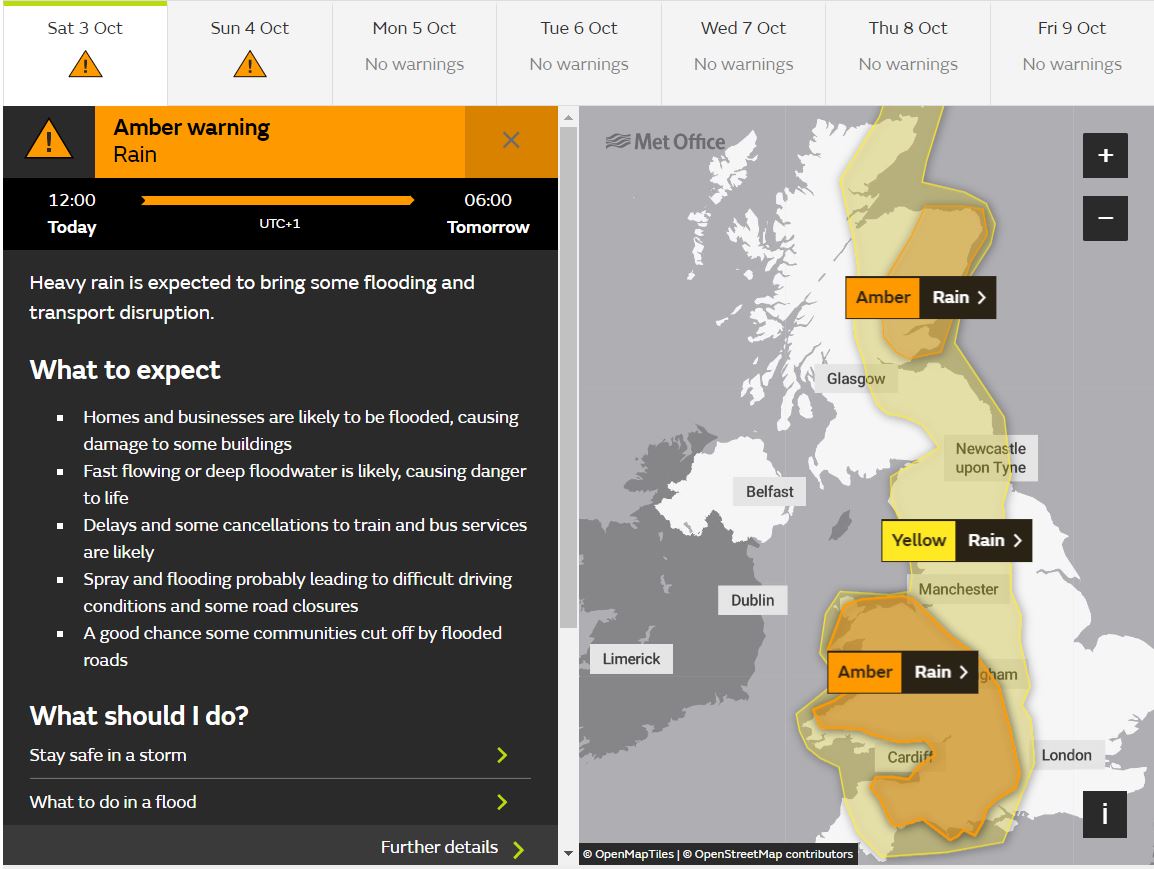 UKV Rainfall totals from 6am today until 6am Sunday 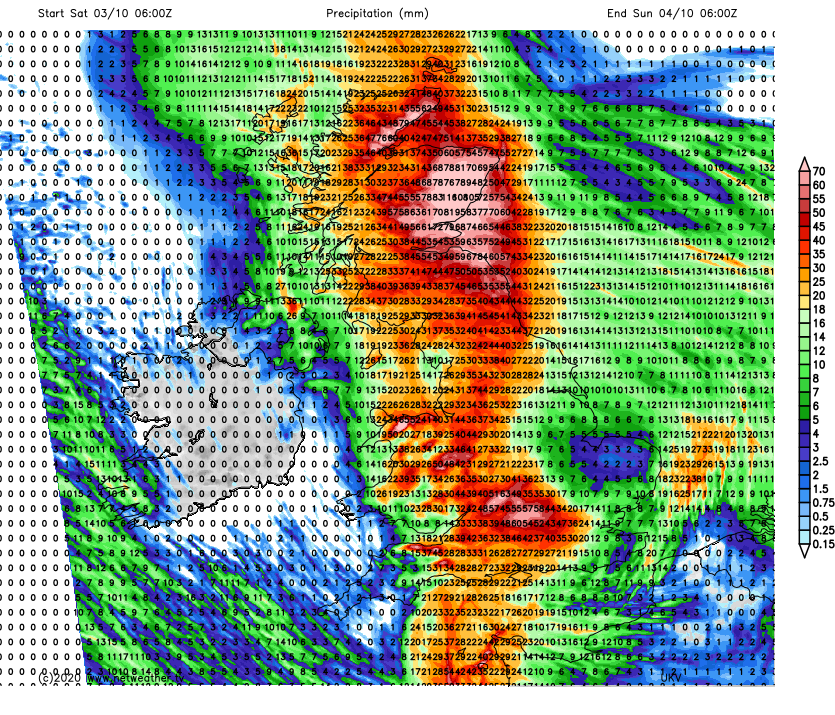 Not everywhere will stay wet today, Northern Ireland staying mostly dry today, if rather cloudy, after some early showers, while parts of SE England and East Anglia may become drier and brighter for a time through the afternoon, before rain returns from the west after dark. A cool day generally, under the cloud and rain in the north and west temperatures this afternoon reaching 11-14C at best, with some brightness this afternoon across eastern England – we could see 15-16C.

Generally cloudy tonight, with a swathe of persistent rain curling around low pressure over central areas continuing across much of Scotland, Wales and southern England, while edging west across Northern Ireland too. Rain heavy across eastern Scotland, N. Ireland and Wales – continuing the risk of flooding here. Much of northern and eastern England becoming dry, but rain returning across SE England during the night as it curls in from the west.

A wet start for northern Scotland, N. Ireland, west Wales and parts of southern England, rain easing here through the morning, then most places seeing showers at times, some dry and bright spells too. Best of the sunshine likely across northern England and southern Scotland – where winds fairly light near the centre of low pressure, but windy around southern and western coasts along with eastern Scotland, with gales developing. Temperatures reaching 12-14C generally. 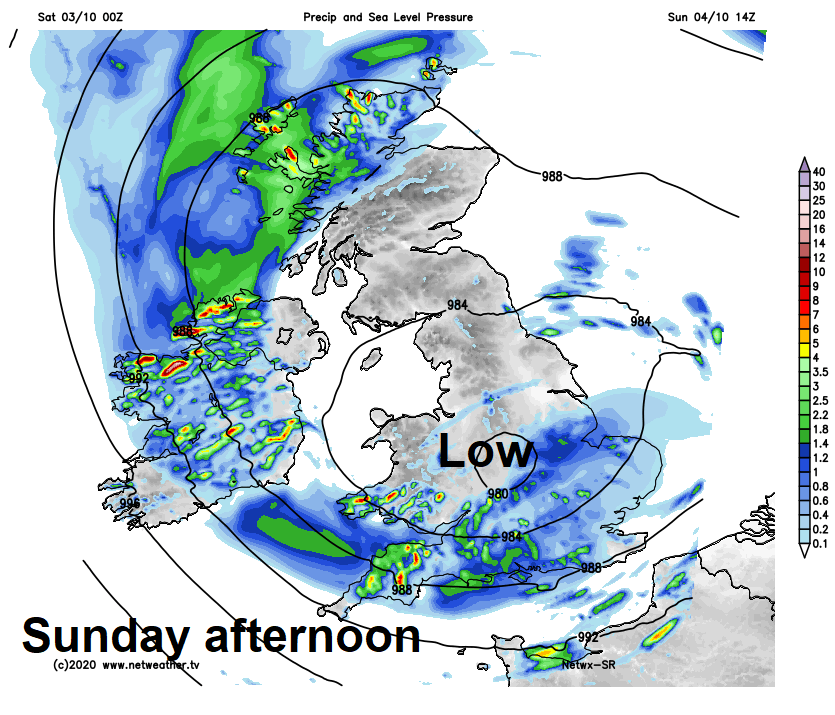 Low pressure still sat over central areas on Monday, but will start to fill, further showers for many circulating around the low, but with lighter winds, it will feel pleasant in the sun in any drier and brighter spells. Temperatures reaching 13-16C.

Remaining unsettled for the rest of the week, with low pressure close to the north and brisk westerly or northwesterly winds feeding in further showers or longer spells of rain. Perhaps becoming drier and brighter towards the southeast later in the week.