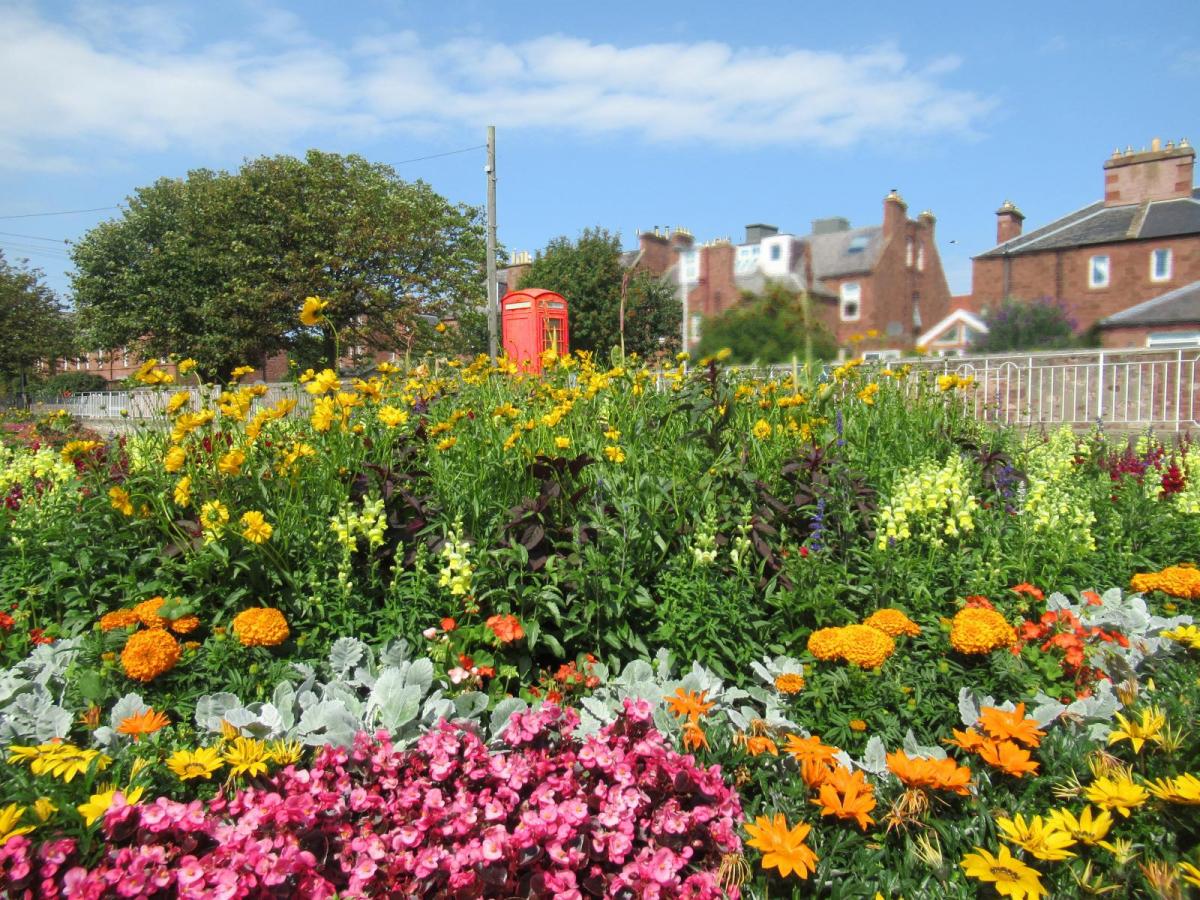 Faltering start but heatwave likely at the end of the week

After the short lived but intense heat of last Friday, the start of August has seen a return to fresher, bright conditions this weekend with a few showers but still warm sunshine. However, the forecast models are keen on a return to high temperatures later this week into the 30s C showing once more. Friday 31st July brought 37.8C to London, the 3rd hottest day on record for the UK but it was just one hot day. This week looks to have a longer hot spell, a heatwave. 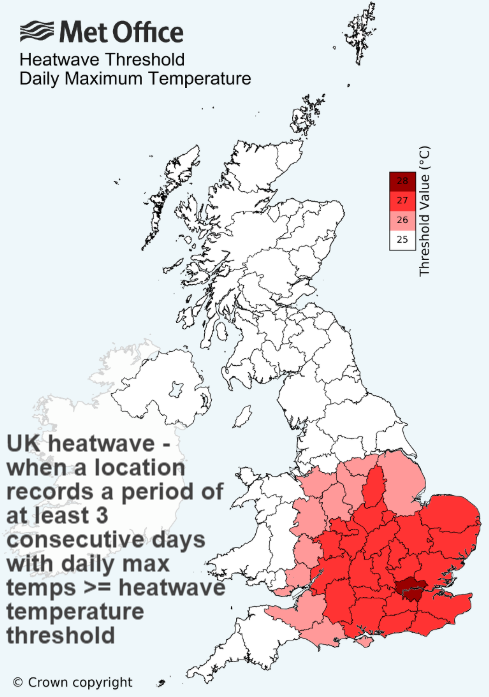 Today will see a scattering of showers, Tuesday and Wednesday wet and windy weather which starts in the north although the rain doesn’t really trouble SE Britain. Then the heat begins to build from the south on Thursday and should last into the weekend with many areas seeing a lot of fine, dry and very warm weather. Still unsettled in the far north. Last night temperatures dipped to 3 or 4C in the Highlands of Scotland and the evening darkness is beginning to creep in.

Monday’s temperatures will be 16 to 23C, so feeling fresher when the skies cloud over or a shower passes by but still warmth and strength in the sunshine. This afternoon and evening there will be a few heavier showers for eastern England but still well scattered. There had been rain in the forecast for the far south of England, that low pressure is faltering away in the Bay of Biscay so a drier, brighter day for SW England. 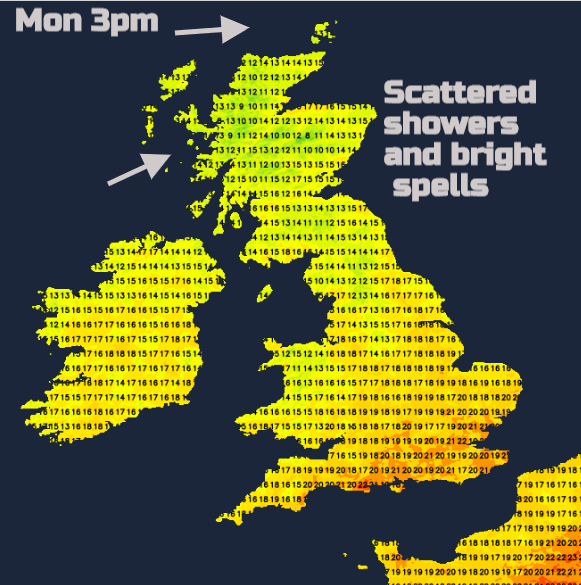 A nose of high pressure from the Azores brings a fine, settled night with light winds and clear dry weather over Britain before midnight. However, a deepening low pressure is heading up towards Iceland for the middle of the week and its weather fronts are going to reach the UK. Warm front rain will move over Northern Ireland on Monday night with cloud ahead of it for Scotland and the Isle of Man. 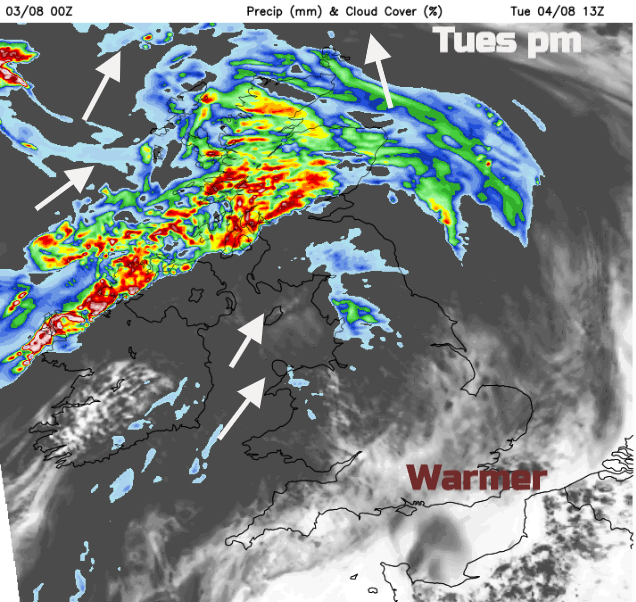 The frontal rain will be over Scotland, northern England particularly Cumbria and the Pennines by Tuesday morning, heaviest for the west coast but taking its time to reach NE Scotland and over Orkney by mid-afternoon. Rain will continue for Northern Ireland mainly in the northwest and over other counties and more of northern Britain, including north and west Wales, there will be cloud and dampness with blustery winds. If breaks appear in the northeast, it will feel warm in any sunny spells. For much of England and Wales, it will feel a bit warmer than today and in a light SW breeze with sunshine, it will be a pleasant day. Further north it will be a blustery day with gusts up to 50mph for coasts and hills. All the leaves on the trees in summer make it seem more windy. Lunchtime into the afternoon looks windiest for west coast Scotland around Northern Irish coasts, North Channel into the Irish Sea.

Later in the day, the frontal band moves south with heavy rain in the evening for southern Scotland and Northern Ireland with brisk winds. That rain reaches northern England, Manchester and Gwynedd by the evening with strong winds for Anglesey.

However, the frontal band seems reluctant to just clear across the UK, so further waves and pulses are likely through midweek. Don’t put too much weight onto rain timings on a weather app because they could alter by a few hours.

Southeast Britain stays fair and sheltered into Wednesday but there will be a lot of cloud and further outbreaks of rain with blustery winds for western areas. The winds do ease down for northern Scotland on Wednesday but there are concerns about the amount of rainfall over some hills for NW Britain and Northern Ireland. Meanwhile, the temperatures begin to rise for southeast England and East Anglia into the high 20sC. 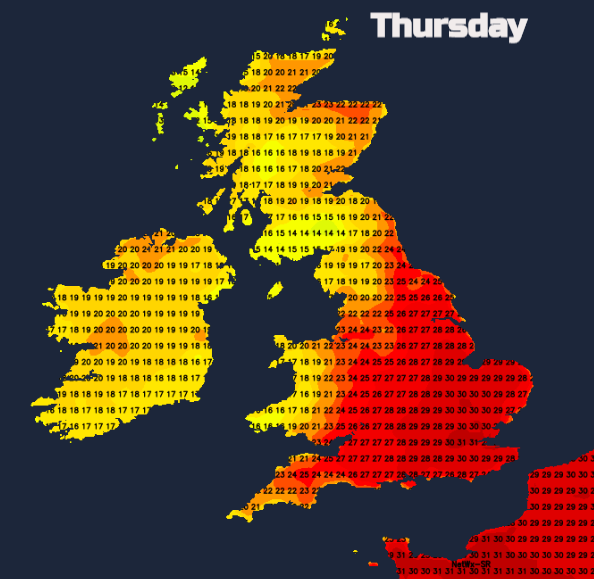 By Thursday there still could be cloud and drizzle lingering thought the Irish Sea, over Northern Ireland and western Scotland but to the east of this in a more southerly flow the heat arrives. Heatwave conditions are declared with three days over locally defined threshold temperatures. This does look likely for the end of this week. Another 38C is possible as the temperatures build throughout the UK on Friday and last in the south on Saturday. 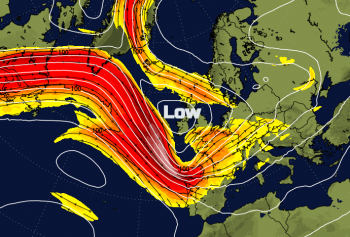 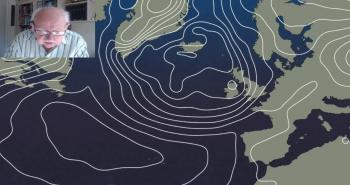