Today sees the risk of heavy showers even thunderstorms for southern Britain. By Friday an Atlantic weather system will bring persistent rain in from the west as SW winds pick up. So, a blustery weekend but with more humid air. The June statistics are out from the UK Met Office and show that overall, the UK was warmer than average and for many areas, wetter. The unsettled theme has continued into early July with more cloud, rain and today, those hefty downpours. 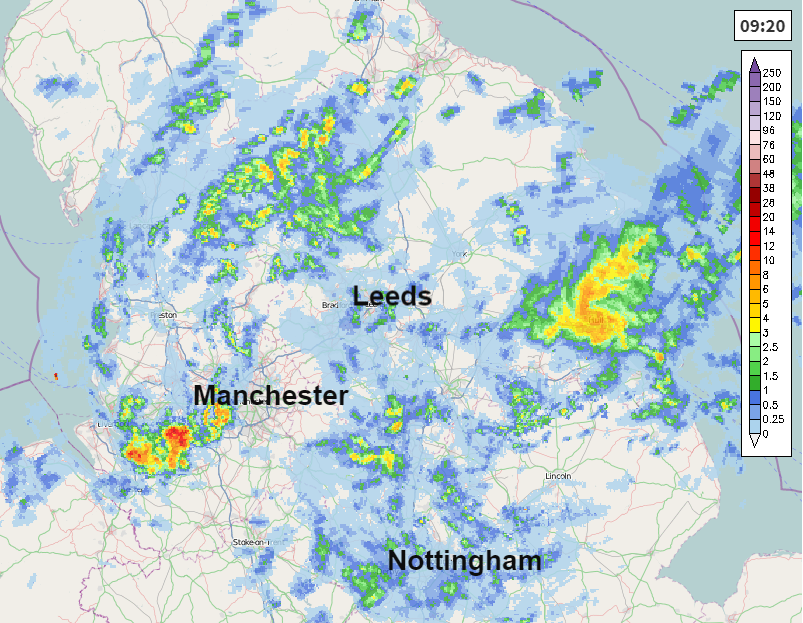 To start the day there is an occluded front giving a wet start for northern England, particularly Hull and East Riding of Yorkshire and North Lincolnshire. The winds are almost cyclonic around this rain, NE breeze off the North Sea for NE England, northerly for Northern Ireland, north-westerly for Wales and a westerly breeze for southern England. The rain will fade for eastern England this morning with many parts of the UK having a fair day with light winds, the odd shower, a good deal of cloud but some bright spells too. Temperatures will be in the mid to high teens and low 20sC in the south. Birmingham at 18C.

Showers breakout for southern Britain with the focus through lunchtime into the afternoon being across the Midlands, southern England and East Anglia and gradually towards the southeast. There is a risk of thunderstorms today.

“Strongest instability towards SE Mids, SE England and E Anglia by the afternoon may locally support thunderstorms to develop particularly where surface winds shift creating convergence and lift. Any thunderstorms will be slow-moving.“

The showers fade this evening and there is a brief quiet lull with light winds. Low pressure will continue to swirl around over the northern Atlantic, south of Iceland and Greenland. The weather fronts from this reach Ireland on Thursday night and trailing weather fronts just keep feeding in from the west, waving over the UK and Ireland bringing more rain. Through Friday the main rain areas will be for Scotland, NW England and western Wales and into Saturday; SW Scotland, NW England into the Pennines, the Welsh mountains and moors of SW England. This ongoing rain could bring the risk of surface water flooding and possible river flooding. 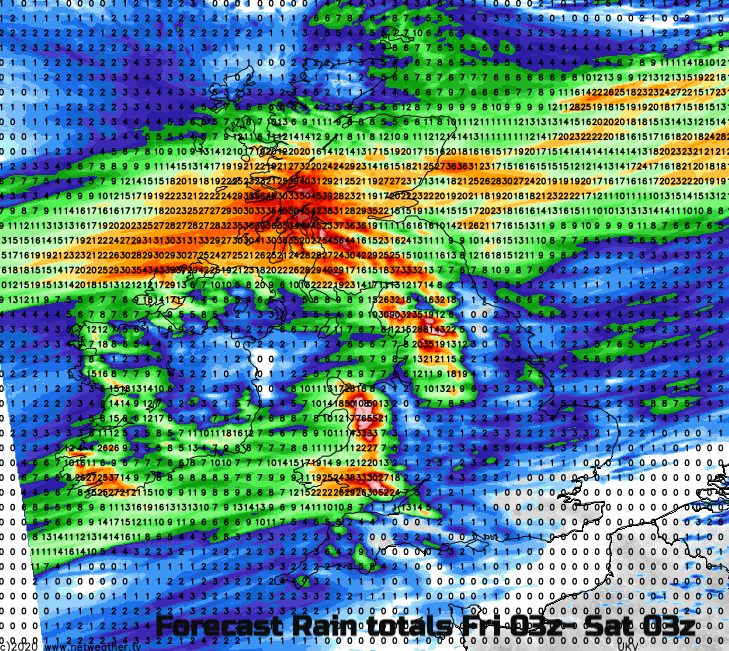 Northern Ireland will also see wet weather particaurly in the north and west. Northern Scotland shouldn’t see the main rain until later in the weekend with lighter winds on Friday and Saturday. Eastern and southern England stay drier and the Midlands into east Wales won’t see as much rain as upslope western parts of Britain. 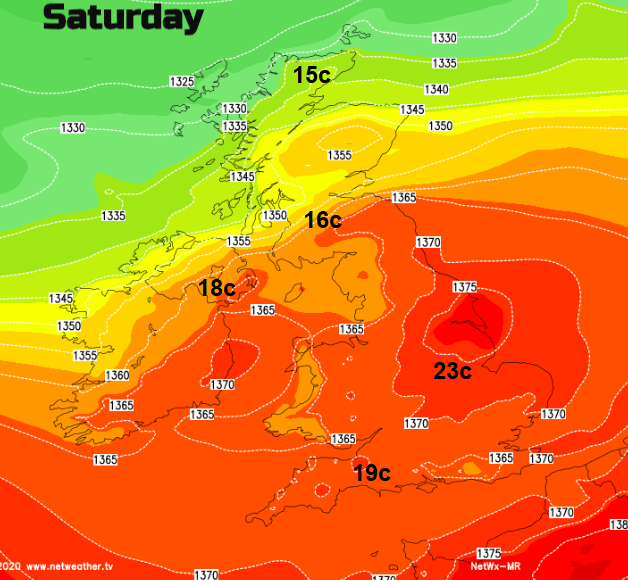 The air feeding up from the south will feel close and humid for the end of the week before a fresher turn from the NW to end the weekend. Temperatures at the weekend could reach into the mid 20sC but it will depend on the cloud cover and how the frontal band waves north-south. If breaks appear and the sunshine gets to work, then the temperatures will leap up. Otherwise, in windy, grey and damp conditions, it will stay closer to average.