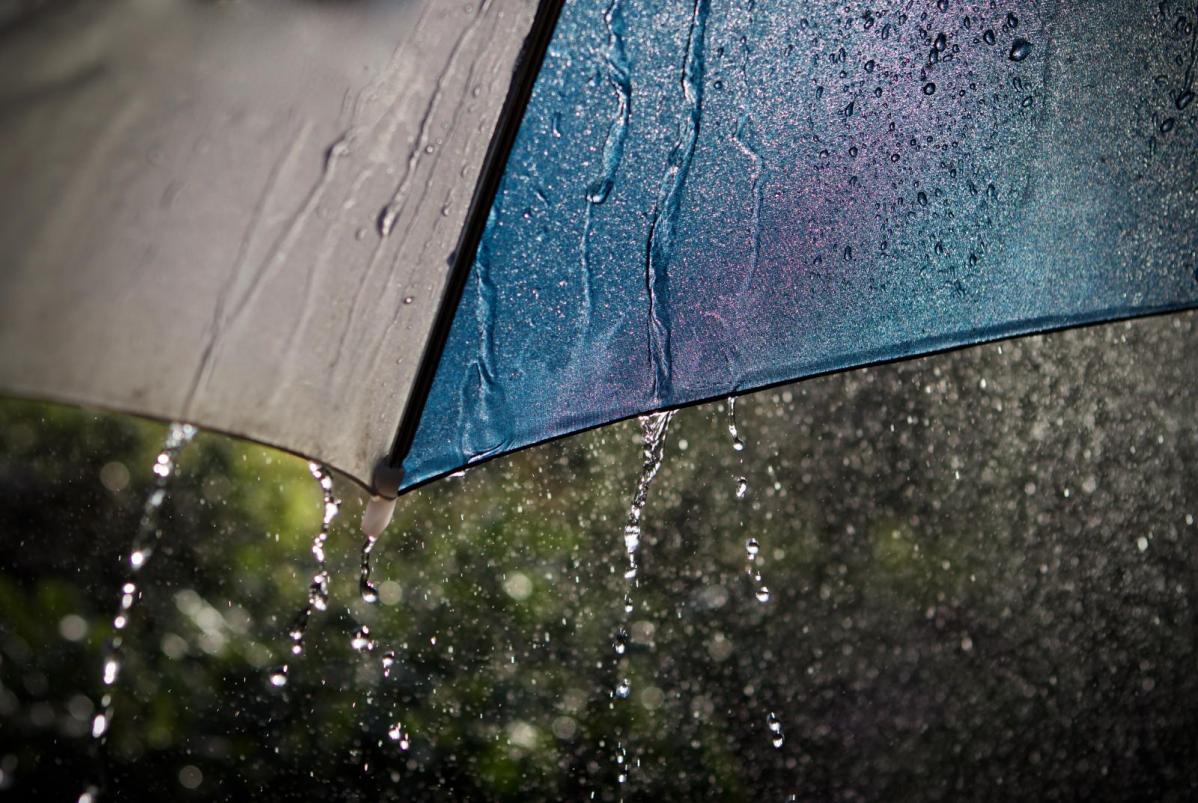 A mixed start to July with heavy, thundery downpours

It’s all a bit mixed. Temperatures in the teens or low 20sC with the chance of rain, even a few short-lived thunderstorms midweek. By the weekend, the Atlantic will be throwing in more wet and windy weather from the west. 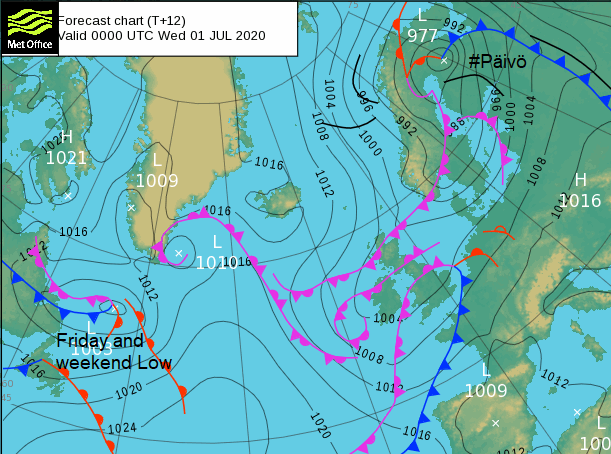 Today there will be a fair amount of cloud, occasional bright spells and more showers. Temperatures will mainly be in the teens although eastern England up to 20C. For south-eastern England where the sun breaks through, temperatures could reach 23C and it will feel more close and humid. Many areas are starting Wednesday with light winds. There is still a westerly flow over southern Britain but more of a north-easterly flow moving over Scotland. This is linked to a low pressure over Scandinavia, a summer storm which hit eastern Finland last night, Päivö. It brought heavy rain and strong gusty winds which knocked down leaf laden trees and resulted in localised flooding. Around this low, cooler air is being pulled down past Norway and it looks cold tonight for northern Scotland, maybe down to 2 or 3C! 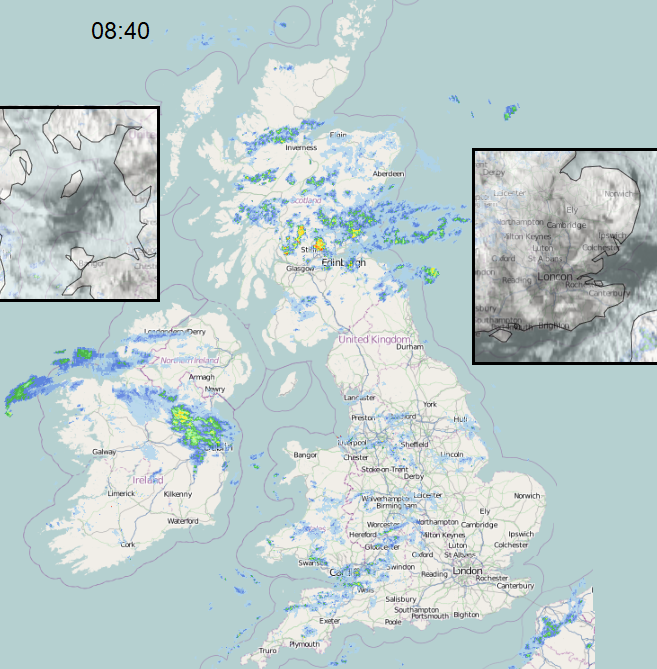 The wind directions are also important over the UK for Convergence Zones (CZ) today.

… a breeze Convergence Zone shifting SE across N England towards Midlands/East Anglia. This CZ could be the focus of heavy shower / isolated thunderstorm development in the afternoon, as moist airmass moving in from the SW to the south is forced to rise along the CZ.
Also scattered heavy showers with isolated lightning developing further south across England and Wales. Storms will be short-lived, though localised flooding is possible where any storms merge.

These aren’t the huge storms we saw in June but a scattering of slow-moving heavy showers with the risk of thunder and lightning for today and tomorrow. 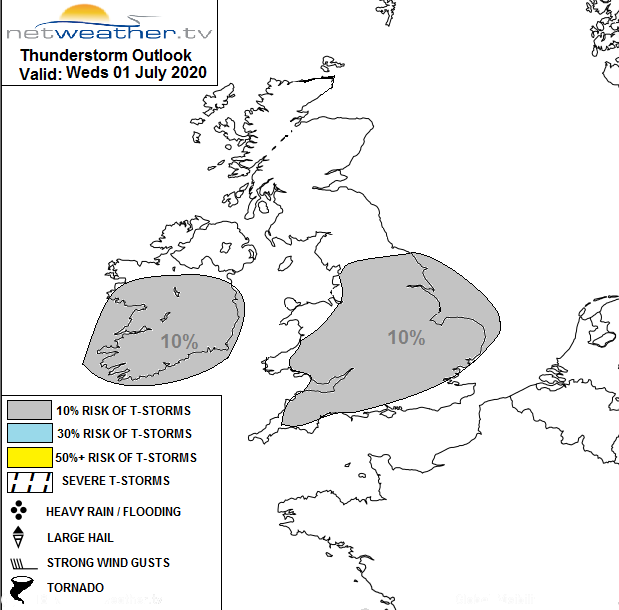 Scotland and Northern Ireland have a good deal of cloud and damp weather this morning although drying up in the north by lunchtime as the rain pulls over Cumbria and north Pennines. For England and Wales, it is a more showery picture this morning with the heavier downpours this afternoon, particularly for central and eastern England. The rain on the occluded front continues to edge southwards through the day and settles over northern England and north Wales overnight. The East Riding of Yorkshire and Hull look wet tonight.

Thursday should see more sunny spells either side of the frontal band, to the north and south. Most of the showery rain will be over England and Wales edging south-eastwards through the day. Temperatures will be similar with light winds.

Friday into the weekend

Heavy and persistent rain is forecast for Northern Ireland, western Scotland, NW England and Wales. Surface water flooding is likely also flooding possible from some rivers. There will be brisk SW winds with warmer more humid air over England and Wales.