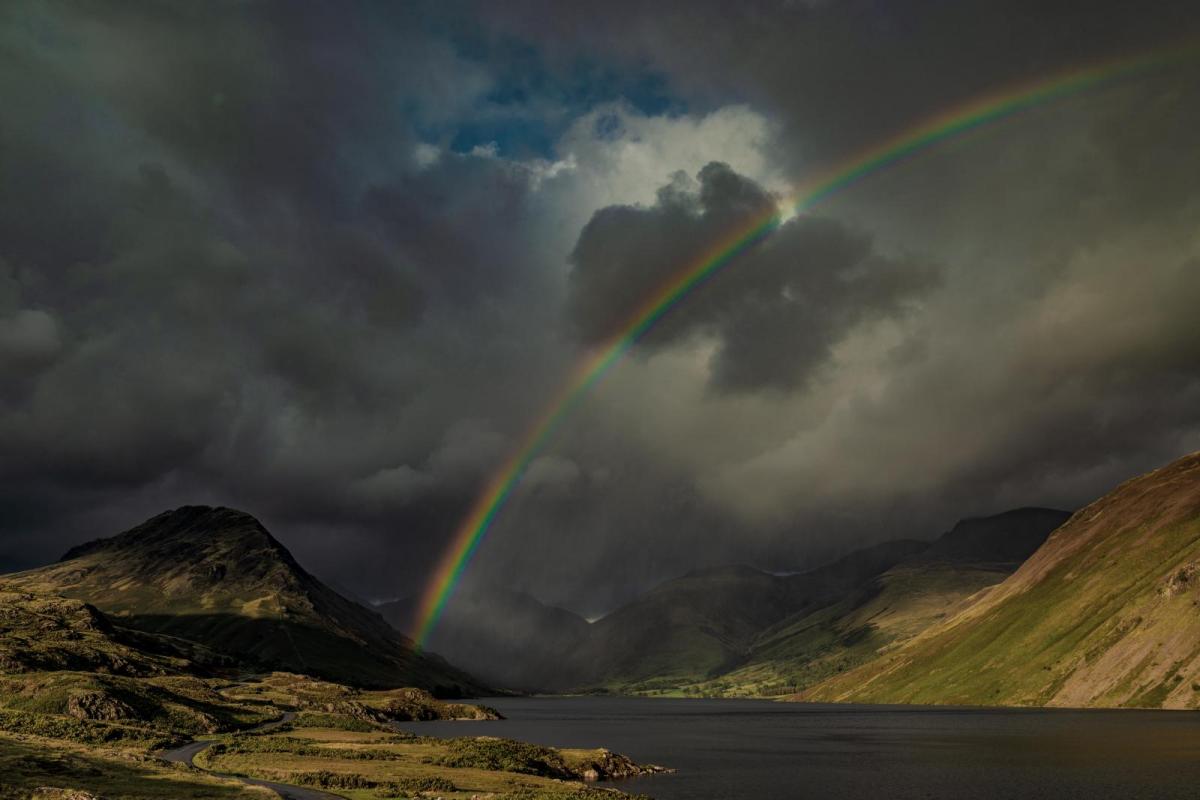 In the blink of an eye, the hot spell of weather is over. The last of the very warm air will clear away from the Northeast Scotland and Southeast England today, with the weekend and next week staying cooler and often unsettled with showers or longer spells of rain.

The Met Office weather chart below says it all this morning - high pressure has been replaced by two lows, with a multitude of fronts and troughs spiralling around them. 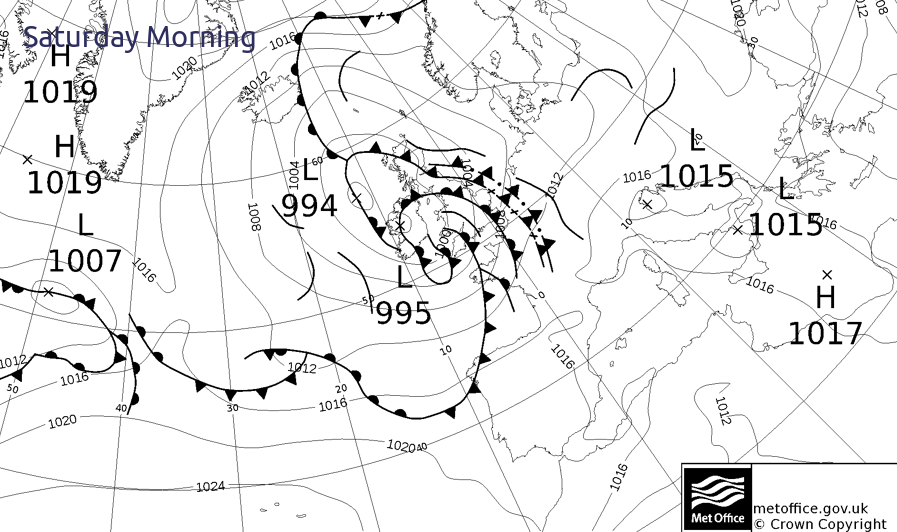 In amongst all that, there are likely to be some sunny spells breaking through today, but those may help to trigger further sharp showers and thunderstorms. Due to this, a storm forecast has been issued for today. As you may expect, temperatures will be well down on recent days today. Parts of central and eastern England, along with the northeast of Scotland will still be warm enough, with highs into the low, perhaps mid-twenties. Elsewhere, 15-19c will be the max, although western fringes of the UK, along with Ireland will peak at 13-16c. All a far cry from the 30c plus many parts have seen this week.

This evening and overnight, the showers will continue in many parts - especially the north and west of the country. They're even likely to merge into longer spells of rain in the northwest. Further southeast will become drier though.

With low pressure centred over the north of Scotland on Sunday, it'll be another unsettled, cool day - especially for the north and west of the country. 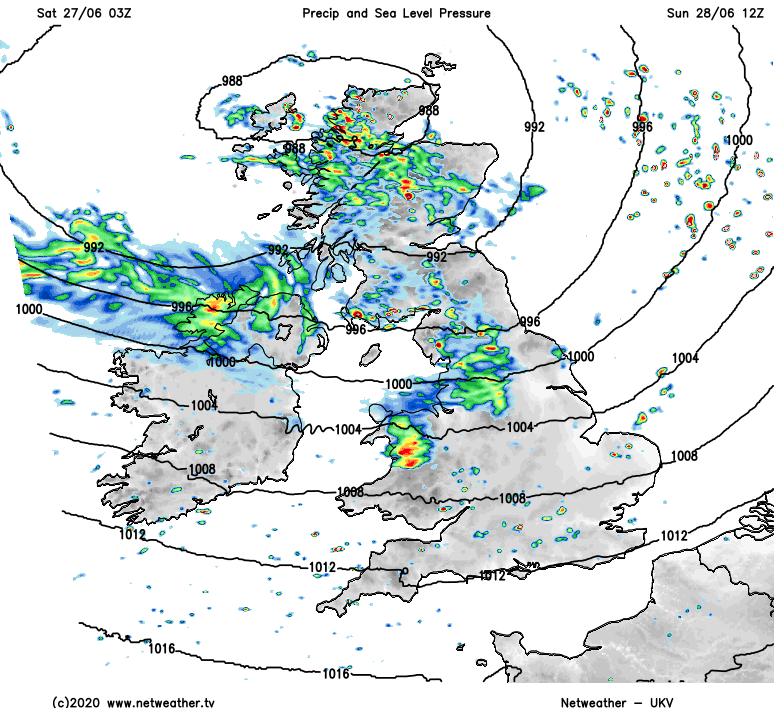 Persistent rain is likely to affect parts of Western Scotland, Northwest England and North Wales for a good portion of the day, with a mix of sunshine and scattered blustery showers elsewhere. The winds will be a feature too, with gales in exposed parts of northwestern Britain. Temperatures will be a notch or two cooler than Saturday with the southeast of England perhaps scraping to 20c, but elsewhere 14-18c will be about your lot.

The low pressure will take its time to ease out into the North Sea on Monday. With it, the persistent rain in the north and northwest will eventually ease, with some showers following on behind. Further south, any showers will be fewer and further in between - especially in southern and central England, with many likely to get away with a dry day.

It'll still be cool everywhere, with temperatures about on a par with Sunday, and that wind will continue to be a noticeable feature too.

Into Tuesday, we're going to have to keep an eye on the threat of some rain and showers moving up into southern England and South Wales. There's some uncertainty over the northern extent of it, and the bulk of it may just miss and stay south of the UK. Away from all that, it's another day of sunny spells and showers, with the northeast perhaps seeing the majority of the showers. Winds will be lighter by this point for much of the country, with temperatures recovering a little, moving into the high teens or low twenties.

Then for midweek and beyond, we keep an unsettled flavour with low pressure never too far away. By the end of the week and into the weekend, a northwest to southeast split may develop, with the northwestern half of the country often wetter and windier, with more settled, drier and warmer weather further southeast.