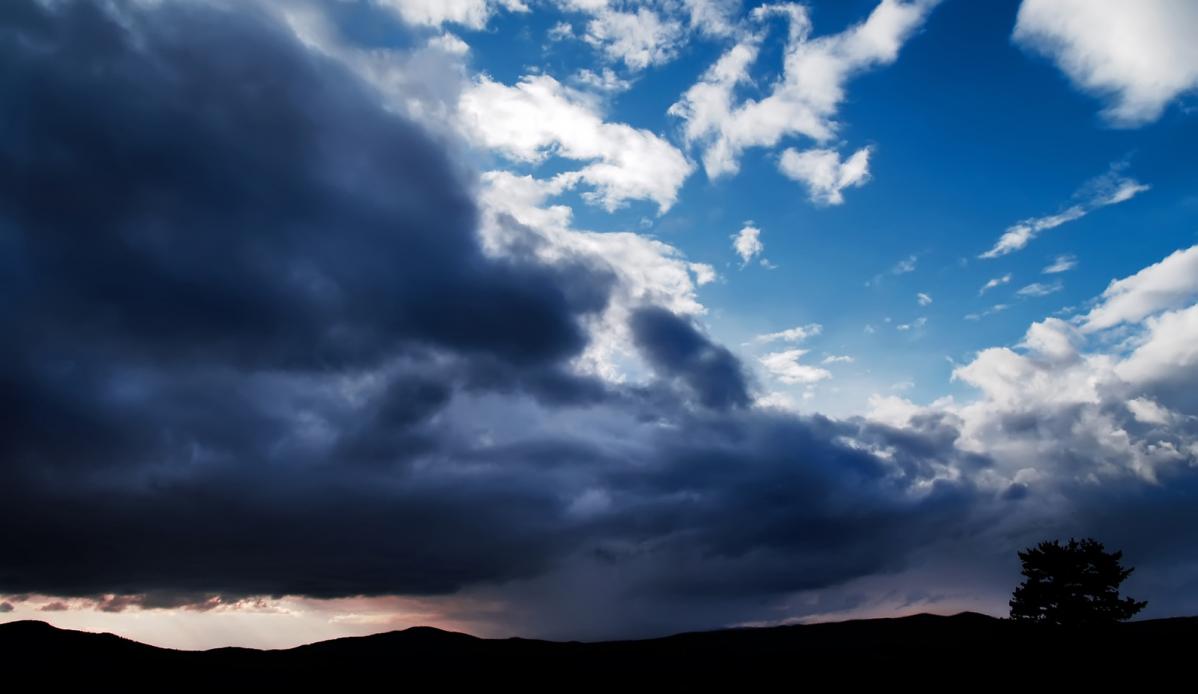 100mm of rain has fallen for some but a sunny, dry Bank Holiday Monday is on the way

It's been a while since rainfall totals have been a discussion point, but they are for western Scotland at the moment, where some parts have seen 100mm+ over the last 24 hours with more to come today and to start tomorrow. Elsewhere though, we're still at the other end of the scale with some locations further south and east yet to see a drop this month, and many below 10mm. There's little in the forecast to suggest that's going to change during the coming days either - there will be some very hit and miss showers today but then high pressure will be taking control from the south again from Sunday onwards. 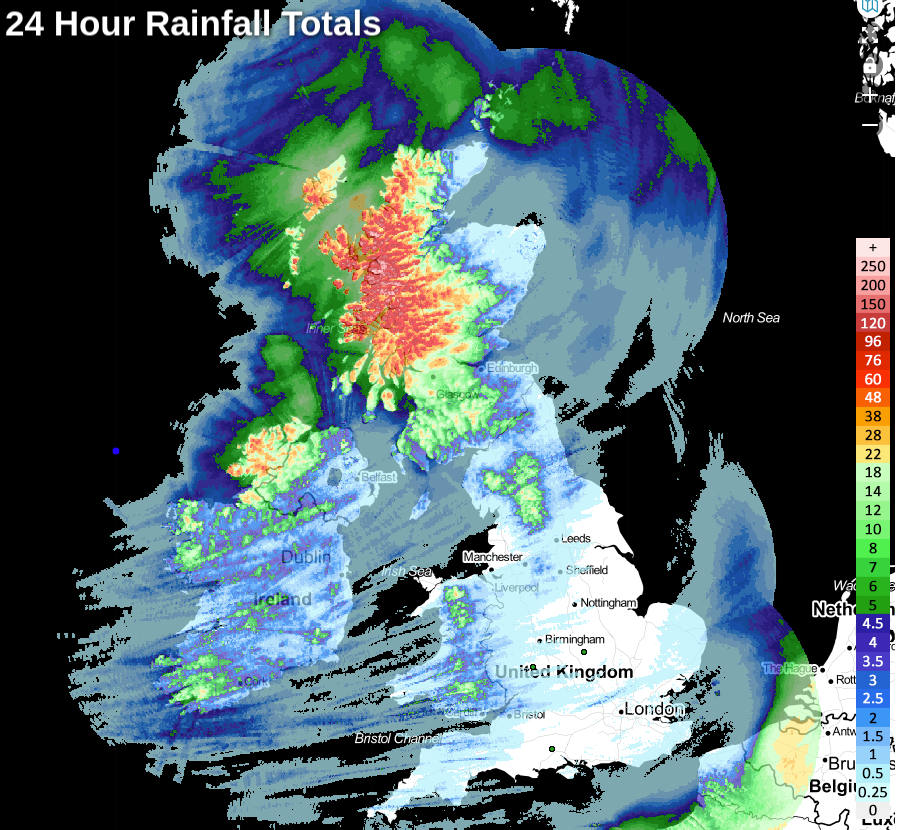 Today, that rain is going to just keep on coming for the west of Scotland, with some of it making it further east at times. Head further south, and it's a day of sunshine and scattered showers, with those showers (some thundery) blown west to east on a still strong wind. It'll be across Scotland where winds are the strongest today though, with gusts of up to 60mph in exposed spots, whereas elsewhere 30-45mph is more likely. So, if you're out of the wet zone and avoid the showers, it'll be a cracking day to get the washing dry! It's also going to be a great day for renewable, green energy with strong winds and sunshine bringing a perfect mix. 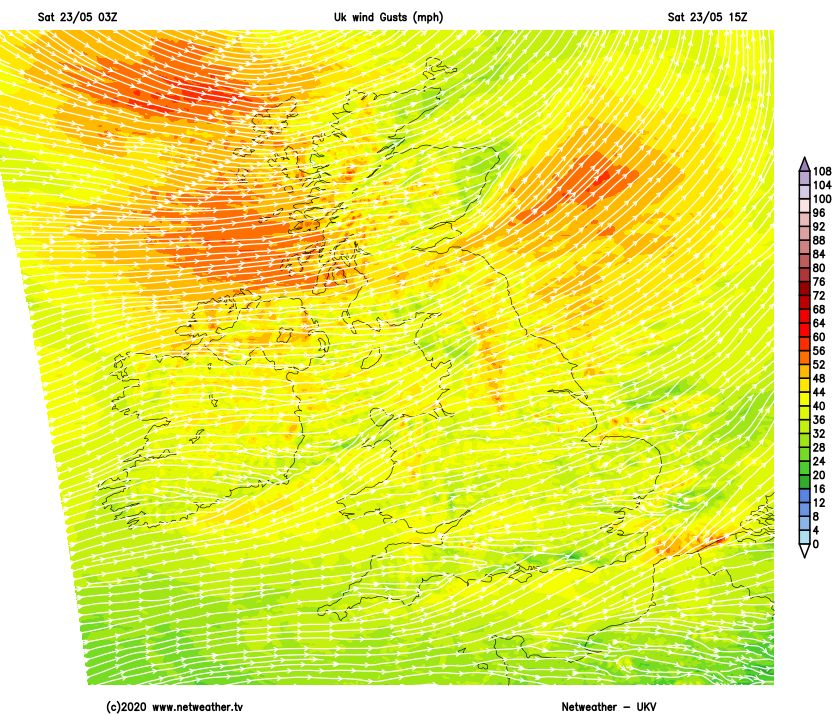 Temperatures today will range from a not too bad at all 18-20c in London and the southeast, and 14-17c across central and eastern England. Western England and Wales will be a touch cooler at 12-15c and Scotland will struggle a bit more with 8-13c - the coolest end of that scale under the persistent rain the west.

This evening and overnight the showers across England and Wales will die out, as will the rain in Scotland for a time. But more will cross into Northern Ireland and Northwest England before heading north and east, to bring outbreaks of rain for Western Scotland as well by Sunday morning.

The over-riding trend on Sunday will be dry though, as high pressure starts to ridge up from the south. Any wet weather north of the Border will tend to ease quite quickly by early afternoon, and there will maybe just be a few showers in Eastern England. But beyond that it's a case of varying amounts of cloud with sunny spells. The wind will still be on the brisk side, but will ease from the south during the day - despite it still being noticeable, it'll be far lighter than in recent days across Northern Britain though. Temperatures will typically range from 16-20c for England, Wales and Northern Ireland, and 13-16c in Scotland.

Monday will be the pick of the long weekend, with ideal BBQ weather - bags of sunshine, warm temperatures and light winds. Highs will readily head up into the low-twenties away from western facing coastal counties. Locally, parts of the southeast may even see 25c or so. The only fly in the ointment is that some cloud will arrive from the west during the day across Ireland and into Scotland, parts of Northern England and North Wales. With a few showery outbreaks of rain possible into Ireland and the far west of Scotland into the afternoon. 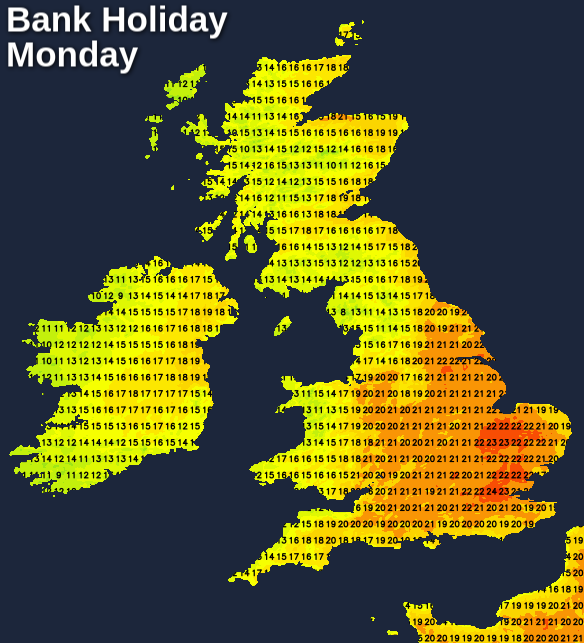 The outlook for Tuesday and Wednesday next week is for more of the same for much of the country. Although, some wet weather may sneak into the northwest during Wednesday.