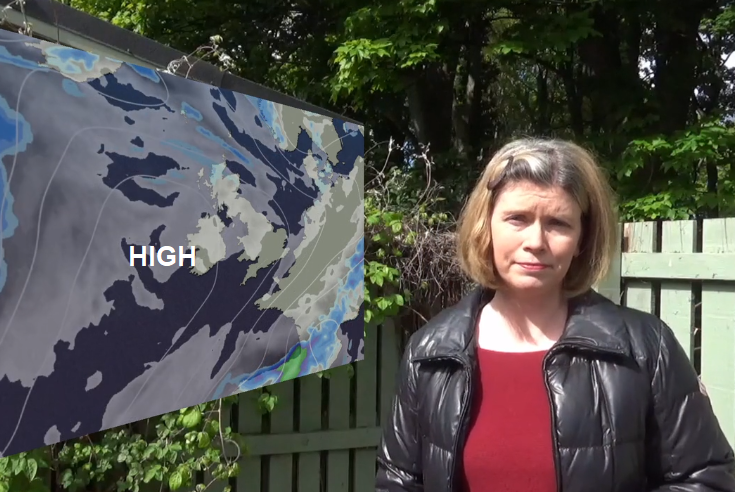 That wind will ease. Quite shocking for a Monday in May. It's down to high pressure over the NW of Europe and low pressures over central Europe, resulting in brisk winds for SE UK.

High pressure often suggests fine, settled weather with steady conditions. However, it is all about the position of the high and wind direction but also the cloud cover. In winter, a high can bring low temperatures, under clear skies with winter sunshine but add lying snow and there is extreme cold. In summer, the heat can build with days of dry sunny weather and often poor air quality. May can be an awkward month. The “cast ne’er a clout til May is out” weather proverb reminds us that the shorts and T-shirt of one day could be a great mistake the next. The same can be said for forgetting your sunscreen though.

Temperatures are below average. We have Arctic air drawn down around the High pressure to the NW. The source of the air is important for forecasting around a high pressure. Out of the window, the sunny scene may look inviting but the reality is quite different in the wind. There have been clear skies for many although with some low cloud drawn off the North Sea. As the winds ease down on Tuesday and Wednesday then the risk of frost does become more widespread. 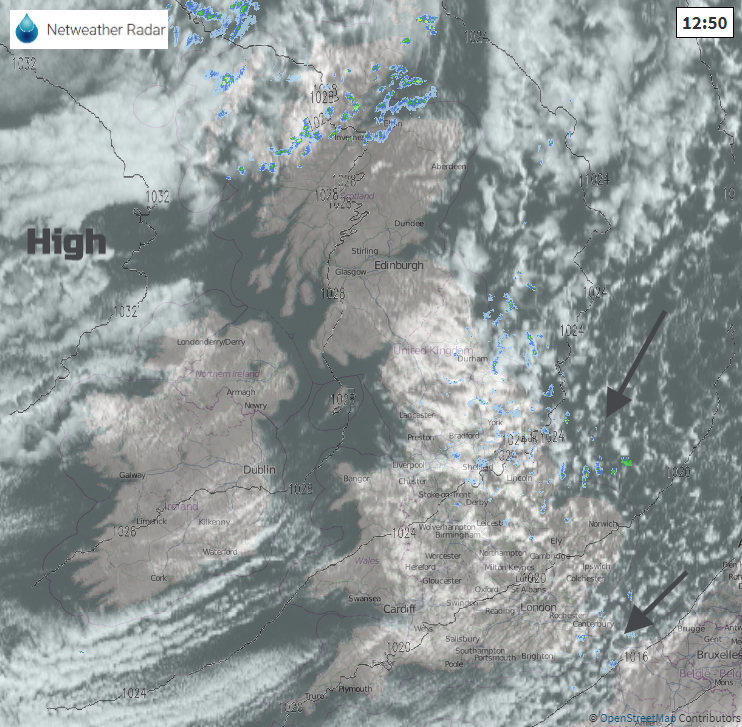 I’m worried for my runner bean and broad bean plants that are out in a raised bed in southern Scotland. Monty Don hasn’t even put his out yet on Gardeners World. Temperatures dipped below zero early on Monday and colder air is forecast behind Tuesday’s cold front for early Wednesday. So, a widespread frost for northern Britain with the risk of wintry showers and ice for Scotland.

April was very dry and although the last week of that month and the start of May have been a little more unsettled, overall, the dry theme continues. The high pressure is only interrupted by a few showers from the north and Tuesday’s cold front, otherwise, there is not much precipitation at all this week. 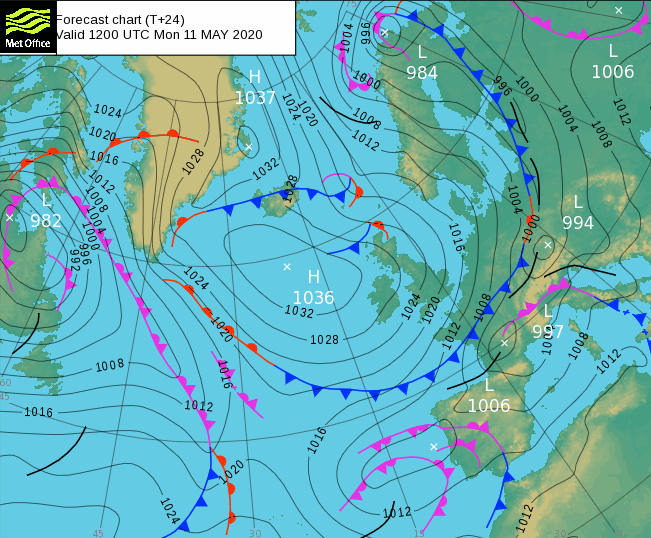 Another side effect of the high pressure and northerly airflow were extra high tides for the southern North Sea and tidal flow up the Thames. We have had the recent supermoon, a full moon at a closer part of its orbit around Earth (perigee). So significant spring tides but an extra surge as the strong winds around the high pushed extra water down the North Sea towards SE England. 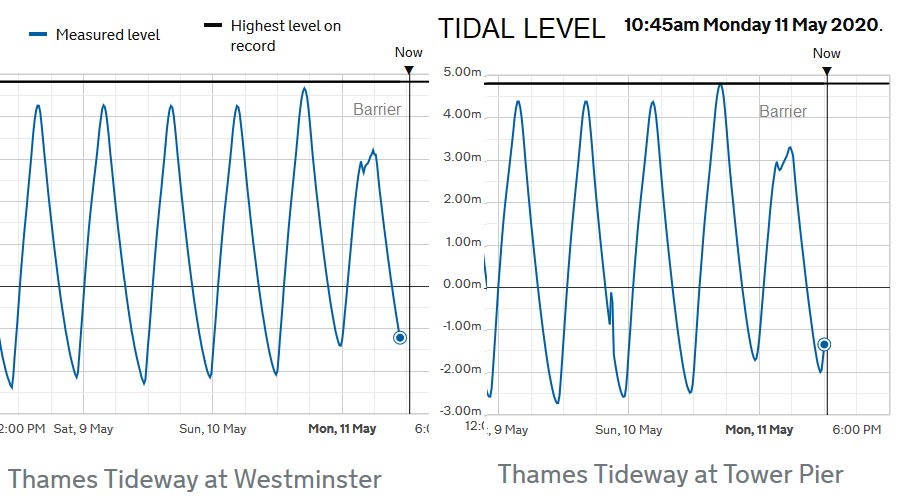 Flood alerts were issued for Sunday, perhaps to low key for some, as river edge pathways and roads were flooded as the Thames overtopped. A reminder of the importance of the Thames Barrier which closed early on Monday. It was scheduled to have its monthly test on Monday 11th anyway with the low tide, but it occurred a bit earlier due to the enhanced risk of flooding from surge and weather conditions.

It was the first time it had been closed in May due to the risk of flooding.

The high sinks southwards later this week, taking its time. This will bring an end to the cold Arctic flow although the diurnal range of temperatures still has quite a swing. Cool clear nights and warm sunshine by day. High teens and low 20s Celsius again by next weekend with more of a westerly then southerly flow as the high stays nearby and the mostly dry theme continues.