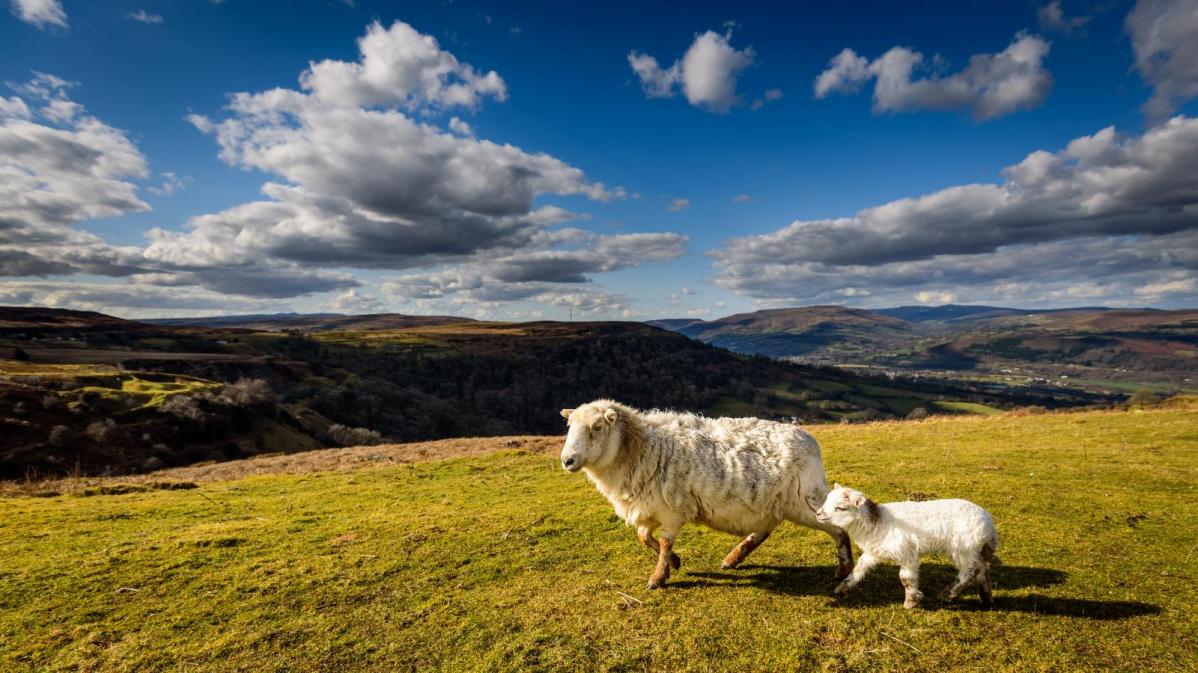 For many Monday brought the first significant rain for a few weeks and also a fresher feel after the warm sunny weekend. However, high pressure is back in charge over the next few days, bringing predominantly dry and settled weather, with some warm sunshine, especially for England and Wales. It won’t stay dry and fine for all though, there will be isolated showers in the south and further north a weakening cold front arriving across the far northwest later today slipping down across Scotland tomorrow, bringing cloudier skies and a little rain. By Friday, high pressure will begin to retreat eastward, with cooler and more unsettled conditions taking over, with showers becoming more widespread with the same theme continuing through the weekend as low pressure moves in, but there will be some drier and sunnier spells too.

For now, clear skies for many overnight has meant a chilly start, with temperatures before breakfast widely in low single figures with quite a few spots across northern, central and western areas falling close to or just below freezing. There are some mist and fog patches in places too.

However, with the sun up earlier and stronger now compared to a month ago mist and fog will soon disperse and it will quickly warm up through the morning in the sunshine across many parts. For most it will stay dry with long sunny spells throughout the day, though it will turn cloudier across Northern Ireland, NW Scotland and southern counties of England later though, a few showers arriving along the south coast this evening. Windy across NW Scotland but for most winds will be light with high pressure sat over the UK. 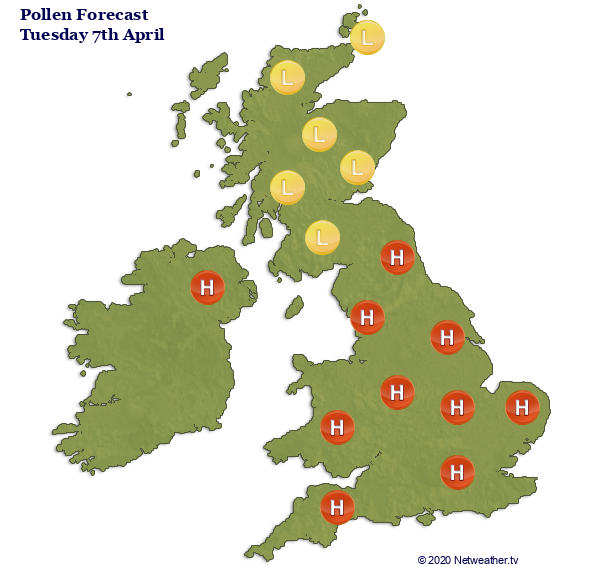 A largely dry night across Britain, some patchy cloud spreading form the south across England and Wales, bringing some showers across the far southwest, but also some clear spells, but a milder night compared to last night with most staying frost-free. Thicker cloud spreading in across western Scotland and N. Ireland will bring some outbreaks of rain and it will be breezier here too. Where you have clear skies, look out for the supermoon tonight.

Another largely dry day on Wednesday. A weakening cold front slipping south across Scotland and N. Ireland will bring a band of thicker cloud with a little patchy rain here and there, though clearer skies moving in across the far north of Scotland. Otherwise, much of England and Wales will have another sunny day, though more in the way of cloud building than today, which could bring an isolated sharp shower in places, but for most it will stay dry. Warmer than today though across England and Wales, with temperatures reaching 16-19C across northern England and Wales, central, southern and eastern England reaching 20-23C. Scotland and N. Ireland cooler with the cloudier skies – reaching 10-14C at best, perhaps only 8C in the Northern Isles. 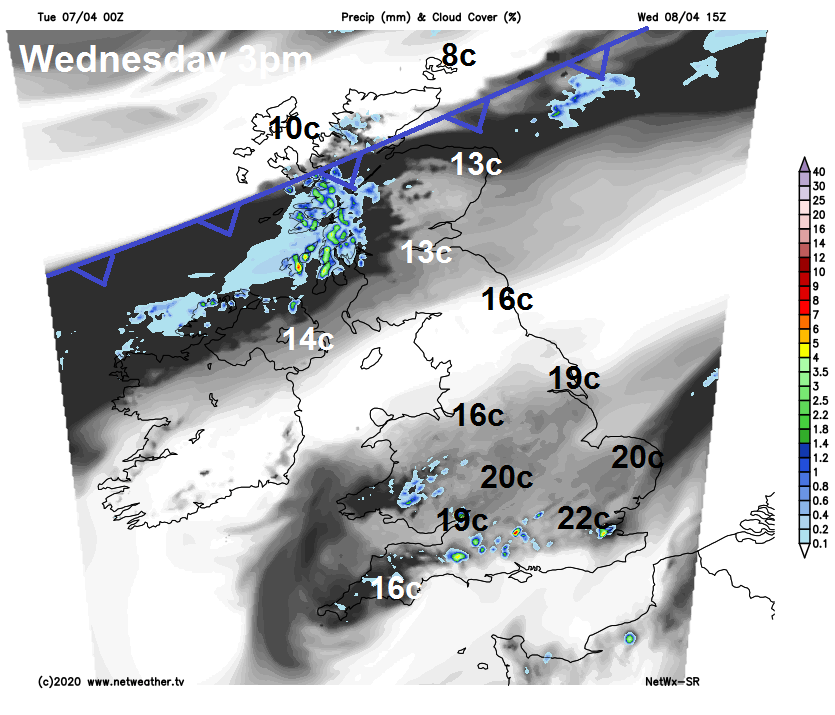 High pressure still in charge on Thursday, bringing a mostly dry day. A weak slow-moving front will bring more in the way of cloud across northern areas, and it will feel chilly towards eastern coasts with an onshore breeze too, but still with some brightness or sunny spells, temperatures ranging from 9C along eastern coasts to 13C inland. The clearest skies and long sunny spells across central and southern England – where temperatures will reach 19-21C, though again, cooler along eastern coasts.

All change as we head through Good Friday, with pressure falling from the west and one or two fronts bringing cloudier skies, cooler temperatures and showers moving across most parts, perhaps longer spells of rain for the northwest.

Turning unsettled and cooler Good Friday and through the Easter Weekend

An unsettled and cooler theme through the Easter Weekend, with low pressure taking charge, with showers or longer spells of rain affecting many areas, but there will be some drier and brighter spells too, increasingly so across the north on Sunday, with northern areas drier and sunnier on Easter Monday as high pressure builds, while showers become confined across southern areas. It will turn increasingly windy though.