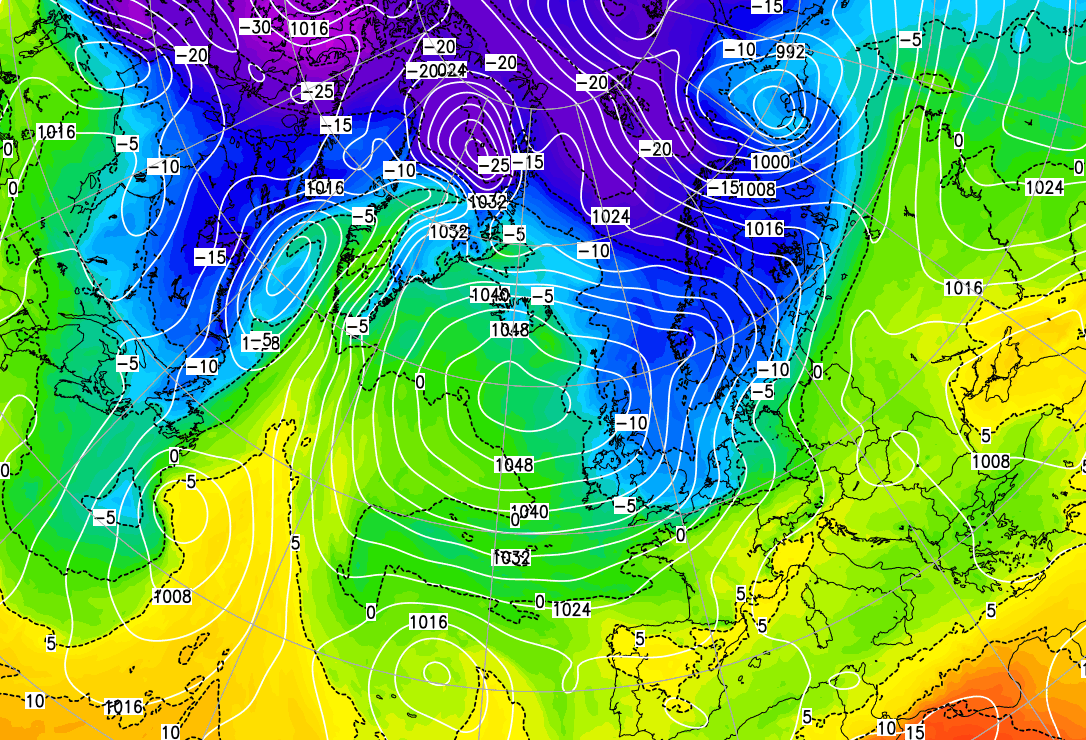 Hope you remembered to put your clocks forward one hour this morning, as we enter British Summer Time. This'll give us lighter evenings to cheer things up a little in these challenging times, but unfortunately, the weather isn't playing ball. This is because we currently have a dose of spring northerlies from the Arctic that are blowing around an unusually intense anticyclone centred to the West of Scotland.

So it's going to feel bitterly cold today in a stiff and very blustery North wind, that'll give gusts to gale force in the Dover Straits and along some North Sea coasts. We've already had a few snow showers over North East England, but many of these will fall as rain or hail and mostly in the east, with any snow through the day chiefly on hills. There'll be a few sharp ones over East Anglia and the South East, but most of the showers will be light. Generally, large amounts of cloud are expected, but there'll be sunny intervals, with the best of these in the West. Top temperatures only 4 to 6C in the North and 7 to 9C further South, but it'll feel more like 1 or 2C out in the wind. 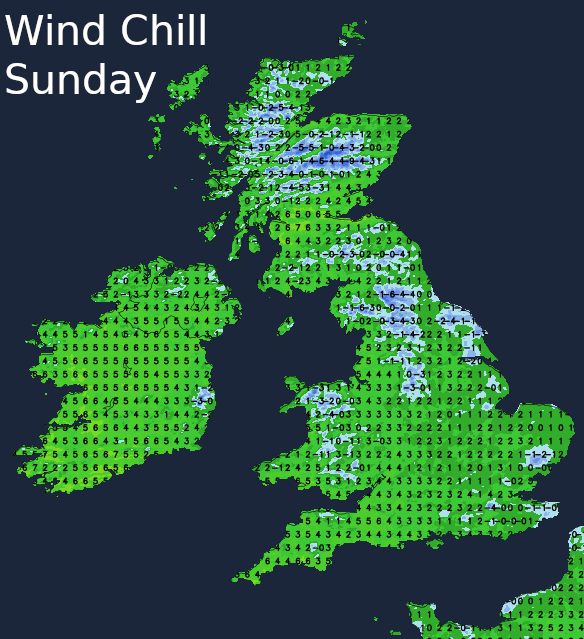 It'll be similar into the evening, with just subtle changes after dark. Northern Ireland, southern Scotland and many western parts are mostly dry with clear spells, and as winds decrease a little, this'll lead to a frost in places as temperatures fall to -2 to +1C. Meanwhile, the North of Scotland sees cloud making it less cold here, with the Northern Isles, in particular, having light showers overnight. Central and eastern England see a mix of clear intervals, and mostly light scattered showers wintry on hills, with still perhaps a few heavier ones towards the South East. Despite feeling raw a still quite blustery North wind will help prevent a frost, with lowest temperatures here mostly between 2 and 4C. 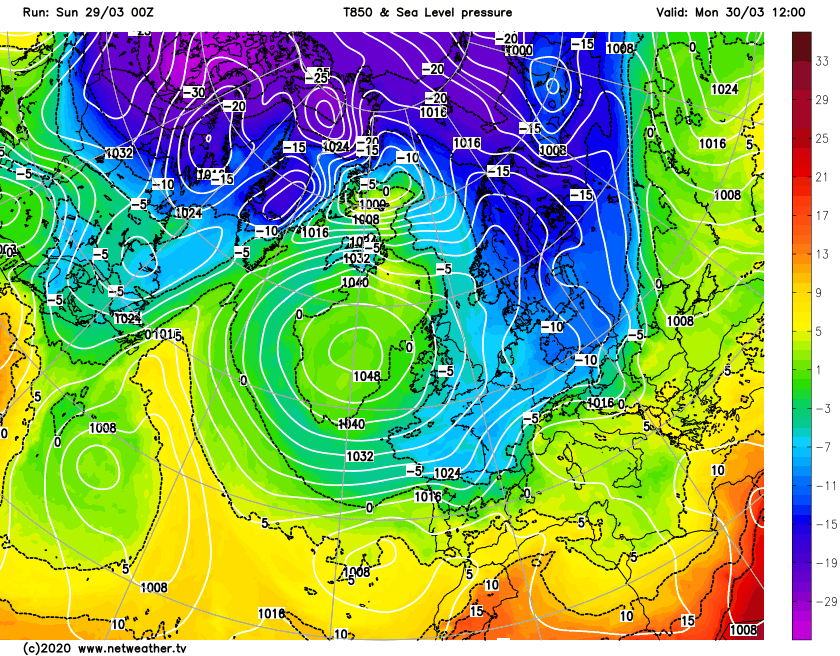 As our anticyclone to the West slips a little further South on Monday, somewhat less cold air begins to move in from the North West after a frost in some western areas at first. Eastern areas see in particular see further scattered showers, but they'll be mostly light and fall as rain. The emphasis, however, will be on dry but cloudy weather at times, with the best of the sunshine again mainly in the West. Although not quite so blustery a North or North-West wind will still feel quite cold and raw, with top temperatures only up slightly to about 7 to 11C.

The West, in particular, is mostly dry into the evening and overnight where there'll be clear spells, but with more cloud in the East. This'll continue to give a few primarily light showers, with clearances further West perhaps allowing a touch of frost to form in places again in a somewhat lighter North Westerly breeze. Across East Anglia and the South East, there'll be a more noticeable northerly wind that'll continue to feel raw. On the whole, though it should be a somewhat less cold night, with lowest temperatures mostly in the range 3 to 5C.

High pressure remains to the West for the rest of the month, giving a lot of dry weather, but cloud amounts will vary. Little changes into the first few days of April but as winds turn into the West at least for a while, Scotland particularly the North may turn somewhat breezier and more unsettled.