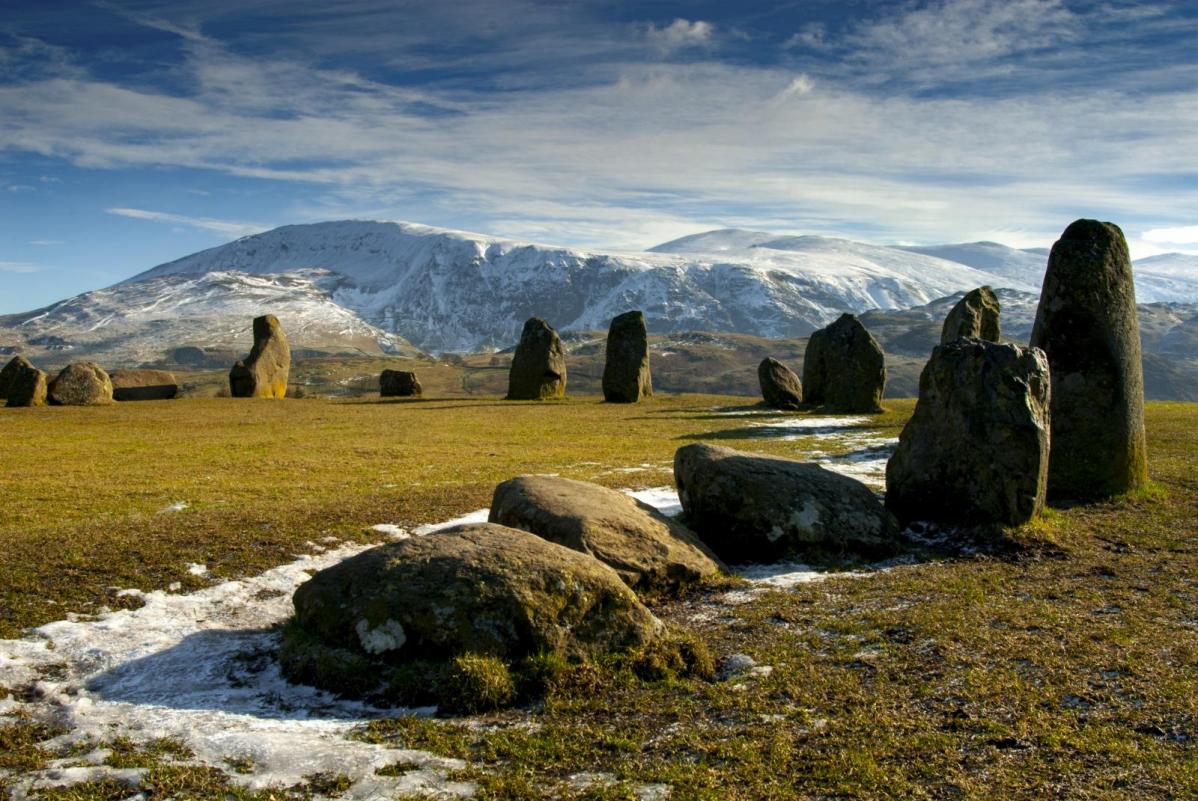 A wintry start to Thursday, trouble brewing for Friday and into the weekend

It's been a wintry start to the day, with parts of the Northwest of England and Scotland waking up to a fresh covering of snow, even at lower levels. Further south, low pressure has brought a mix of rain sleet and snow, which will slowly clear southeast this morning. Any settling snow here has been reserved for higher ground, lower down any wintriness is mostly comprised of wet snow or sleet.

The wintry mess should clear the southeast corner by lunchtime, leaving the whole country with some spells of sunshine, but also a scattering of wintry showers. These will be most frequent in the north and west. It'll be another cold feeling day, with a fresh northwest wind blowing, so while temperatures will range from 4-7c this afternoon, it'll feel more like -4c to 3c.

A cold night follows, with a widespread frost to start, The wintry showers in western Scotland will continue though, and thickening cloud from the west will slowly raise temperatures here. Rain with some sleet and snow over the hills will start to move up from the southwest into Ireland by midnight, getting into southwest England and Wales during the early hours. That'll then spread its way northeast during Friday - bringing some heavy rain at times - particularly across Wales and Northwest England, and also the potential for some accumulating snow up over the high ground of northern England and Scotland. 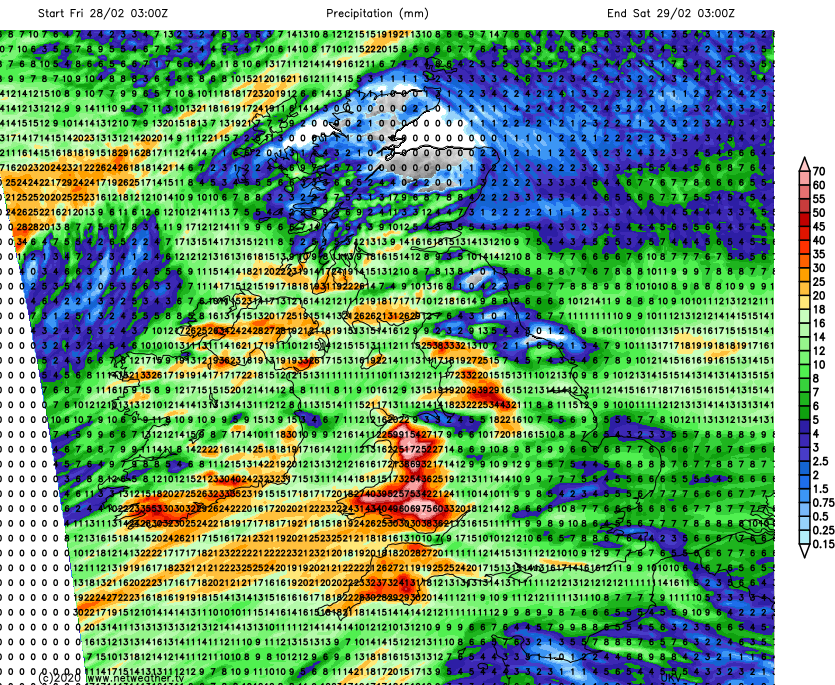 There are Met Office warnings issued for the rain during both Friday and Saturday currently, with the flooding situation likely to be worsened once again, unfortunately.

Behind the rain, briefly milder air will arrive up from the southwest, with the warmest part of Friday likely to be into the evening, with highs touching double figures quite widely across England and Wales. Scotland stays colder though. 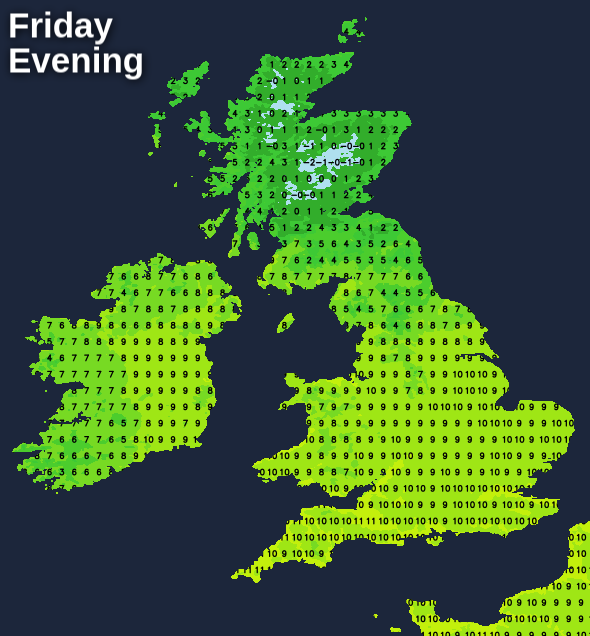 Later in the day, the next spell of rain makes it's way up from the southwest, with winds strengthening in the south too. This spell of rain will be along a cold front, so colder air will return behind it. And as the low pressure bringing the rain moves in, winds will strengthen more widely as we move into the weekend. The wet weather will spread northeast during the latter part of Friday and overnight, bringing more heavy rain to those areas which need it least. It should all move through relatively quickly though, clearing the east and north of the country during Saturday morning.

We'll not be out of the woods behind the rain band though, as the low will be moving in afterwards - crossing Ireland and then Northern England or Southern Scotland during the day. With it will be a good number of showers - some of which may merge. And with the air now colder again, these will fall as sleet or snow over the hills in particular. It'll be windy too, with gales, perhaps even severe gales likely in exposed places, and the winds will stay blustery right through into Sunday.

Another cold feeling, showery day follows on Sunday, with the majority of the showers falling in the north and west. Away from them, there'll be sunny spells.