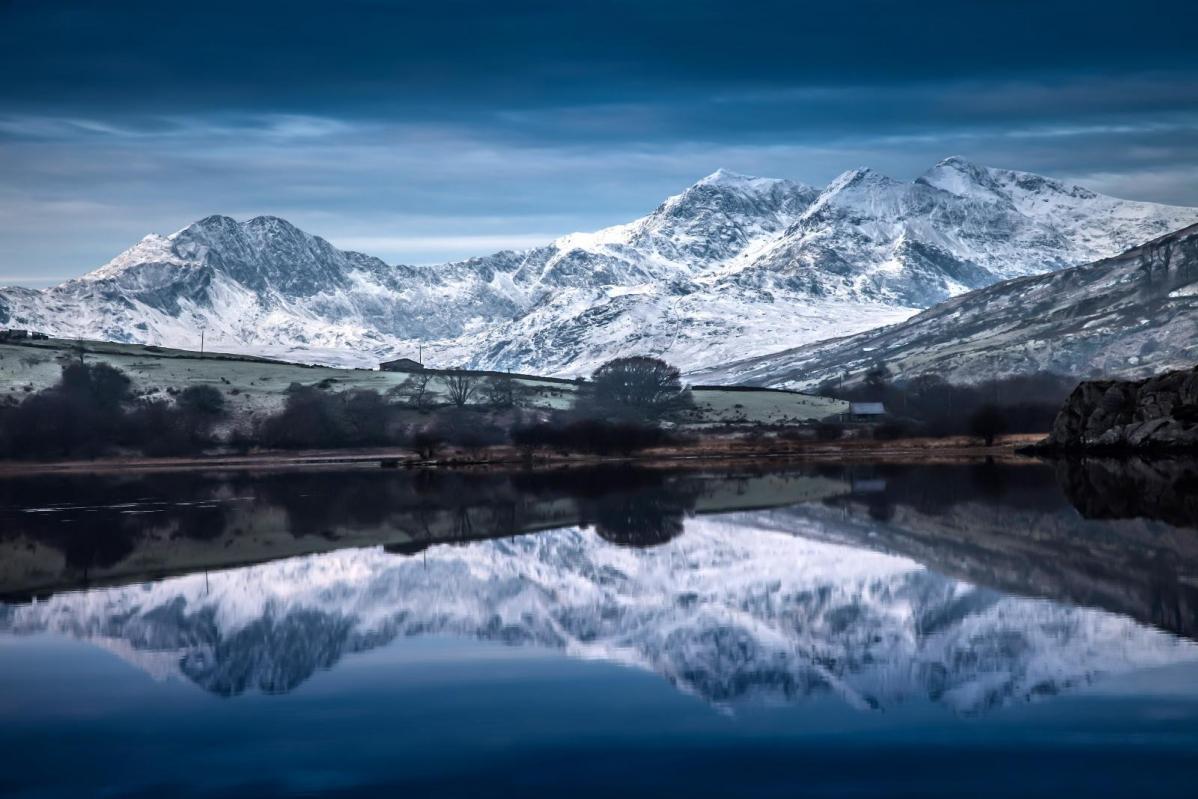 There'll be a cold, showery flavour to our weather during the next couple of days, so although not settled there's at least a break from the persistent rain in flood-affected areas. Unusually for this winter too, the air is cold enough for many of the showers to be wintry - with some sleet and snow even possible at lower levels and further south during the next 48 hours.

The reason for the colder weather is Polar Maritime air - an airmass which started over the pole but has been taken out over the Atlantic and then back over the UK in a northwesterly wind.

Polar Maritime Air
In winter this will give convective type cloud with showers, often on windward coasts and hills. Depending on how cold the air is then snow, soft hail and sleet are likely. The showers can extend well inland by day but as the land cools at night the showers become mostly confined to the coastal belt. If troughs form in this air mass then showers can continue into the night and become much more widespread, especially if a Polar low forms (read up on separate section for Polar lows)

Read more about the different air masses which affect the British Isles here.

With the west to northwest wind blowing, it'll be the west and the north of the country seeing the bulk of and heaviest showers. But some will make it further east, and become quite widespread for a time, especially in southern and central England later. Between and away from the showers, there'll be some good sunny spells, although you'll need some shelter from the wind to feel the benefit. Many of the showers will have a wintry flavour to them, at lower levels and in the south this may be no more than a bit of sleetiness during the day at least, whereas over the high ground from Wales northwards there'll be accumulations of snow.

Temperatures will range from 4-8c widely, with the warmer end of that scale reserved for south and particularly southeast England. Take the wind into account though, and it'll feel a good few degrees colder than that, with many parts having a wind chill of close to or below freezing. 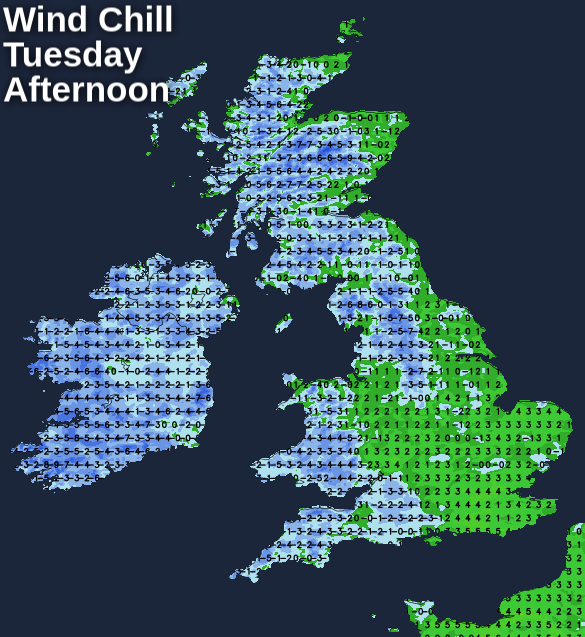 A cluster of wintry showers over central and southern England will continue to head east during the evening and overnight, with some snow in places. Once that's cleared away though, most central and eastern regions will be dry, but a scattering of showers will continue in the west. There'll be quite a widespread ground frost by dawn, with icy patches likely.

Tomorrow (Wednesday) will be very similar to today, with sunny spells and wintry showers. The west and north will see the bulk of them, but some will make it further east at times. The snow will continue to accumulate over the hills and mountains of Wales, Northern England, Scotland and Northern Ireland, so travel on higher routes is likely to be tricky. On the flip side of that, the Scottish ski resorts should have some great conditions, with Glencoe and the Nevis Range in prime position to catch a lot of snow. 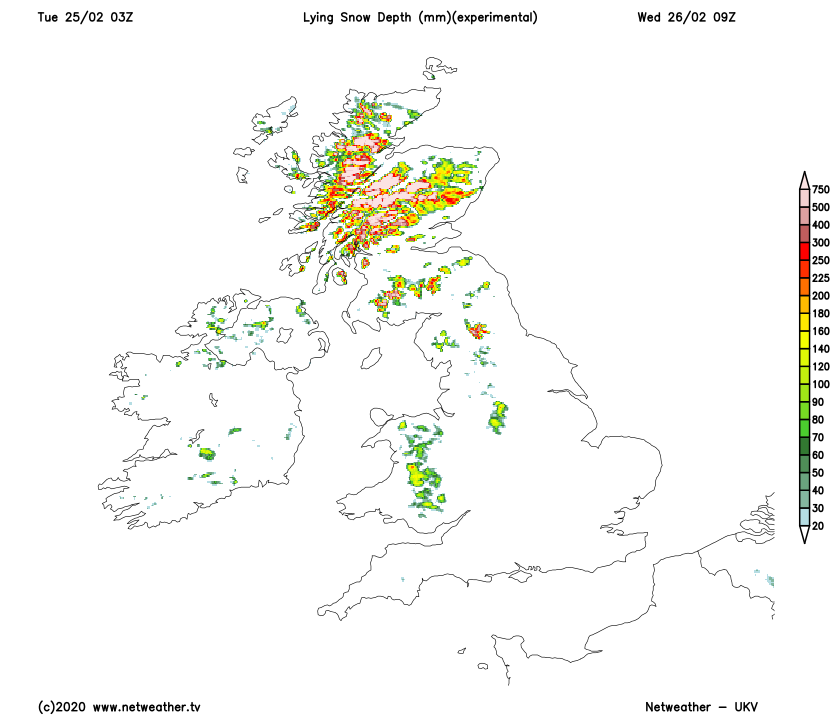 Overnight Wednesday and into the start of Thursday is then a period to keep an eye on. The reason is a low pressure system approaching from the southwest, which at the moment is looking set to run along the English channel, give or take. If you're a snow fan, the prospect of a 'Channel Low' bumping into colder air can be a mouthwatering one, as it can bring copious amounts of snow when conditions are right. On this occasion, the air isn't going to be quite cold enough for that, but there is the possibility to be some hill snow across southern and central England, and Wales, along with more persistent rain lower down. There is some uncertainty over the track and northern extent of the rain and snow at this time though - so keep an eye on the latest forecasts for updates over the next 36 hours or so.

All that should clear away during Thursday to leave plenty of bright or sunny spells, and a scattering of still wintry showers. The next low pressure won't be too far away though, moving in for Friday and spreading rain and hill snow northeast across the whole country. It'll be windy too with gales in places. The low will then clear into the weekend having brought a brief milder blip, but colder air will then return with some snow likely.