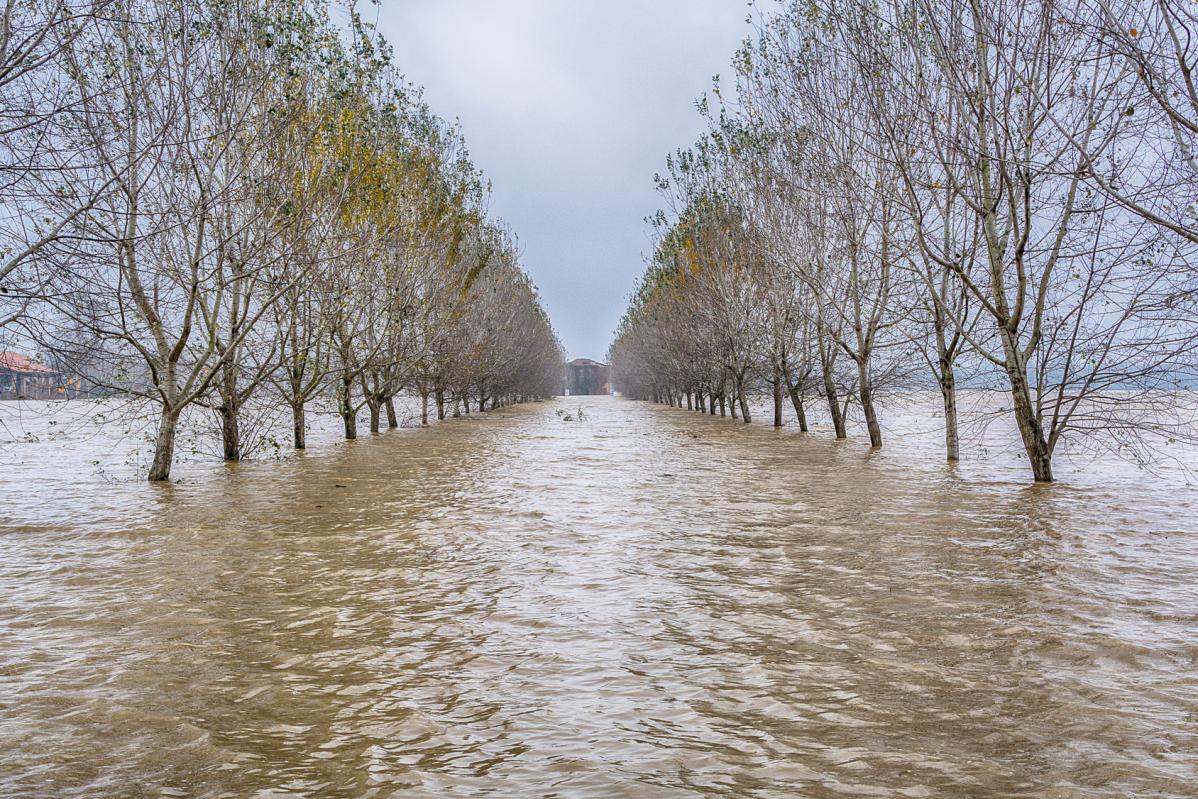 A colder weekend in the north with snow. More gales and unwelcome rain for wet and wild February

Another day with rain and wind warnings. It is mild this morning. We’ve been chopping and changing from mild air coming up from the SW to cold, wintry flow from the NW but it's all off the Atlantic and bringing more rain.

There are still five severe flood warnings in place after Storm Dennis. No other named storms so far, no Ellen yet. There is a low showing on the charts for Monday which will bring another spell of wet and very windy weather but nothing showing like Dennis and Ciara which were long-lived impactful events. Currently, any rain adding onto the sodden ground and into the river catchments just isn’t helping our very wet February flood situation. 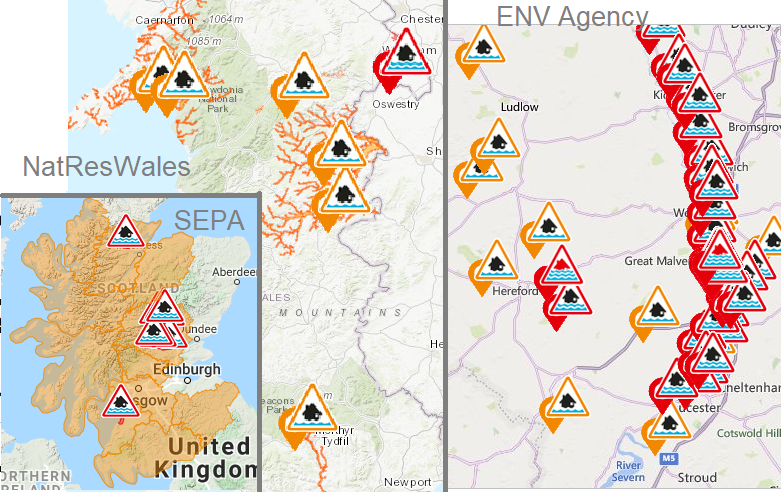 The Low on Monday will bring more rain and strong winds, also snow as it moves in early Monday for Scotland and snow showers after the cold front later on Monday for northern hills. The gales which could cause impacts are currently forecast for Monday evening and overnight particularly for Scotland as the low passes by to the north. So, there could be stormy conditions and there is agreement from the models. But it’s at night and we’ll wait for the UK Met Office or Met Eireann to do any naming if deemed necessary. 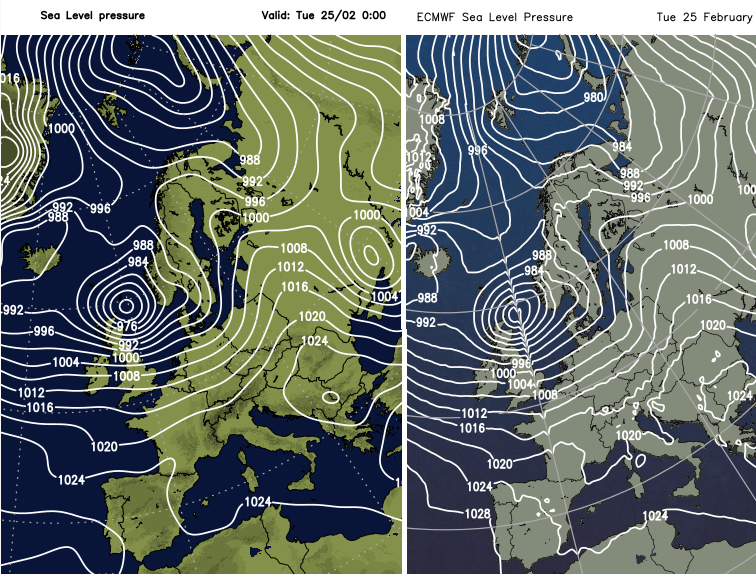 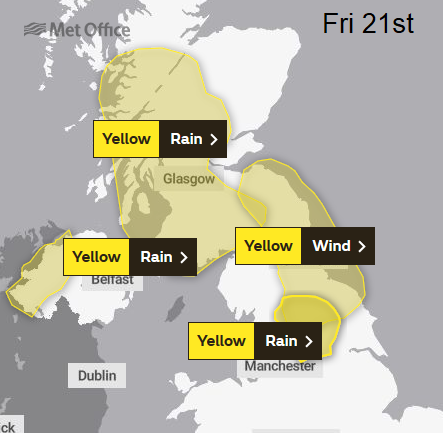 It is very windy this morning as another low pressure moves to the south of Iceland. There is a wind warning for SE Scotland and NE England particularly to the lee of the Pennines in these gusty SW winds. The fresh to strong winds continue today with the risk of severe gales for the Northern Isles. Southern Britain will not be as windy. It is quite mild this morning but feeling colder in the winds, but a cold front will move SE slowly today and behind that, it turns chilly again with snow showers for Scotland, Northern Ireland and northern England this weekend. 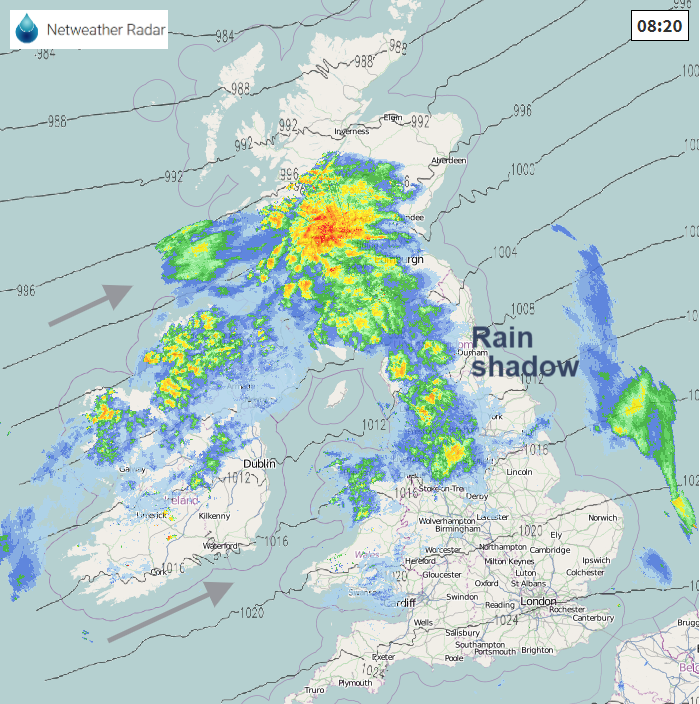 Temperatures today will be 7 to 11C. There will be bright or sunny spells to the lee of high ground where the cloud cover gets broken up, northern Scotland, the Midlands and the West Country, NE England. Other areas stay wet and miserable with poor conditions on the roads with surface water and spray. 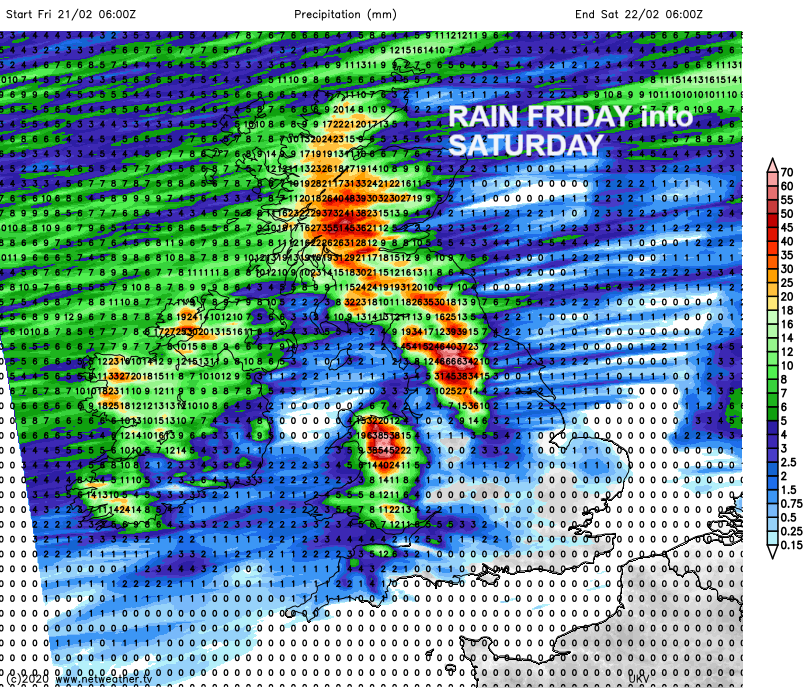 You can see on the rainfall totals chart for today that some areas stay dry but other (mostly marked by rain warnings from Met Office) get a lot of rain today. There is more to come for Yorkshire, Pennines, Lancashire, Gt Manchester and more of Wales on Saturday.

It stays windy tonight. Sub-zero for inland Scotland but mild for southern Britain at 10C. There is a yellow wind warning for Northern Ireland and northern Britain on Saturday with cold west winds bringing wintry showers and snow above 200m 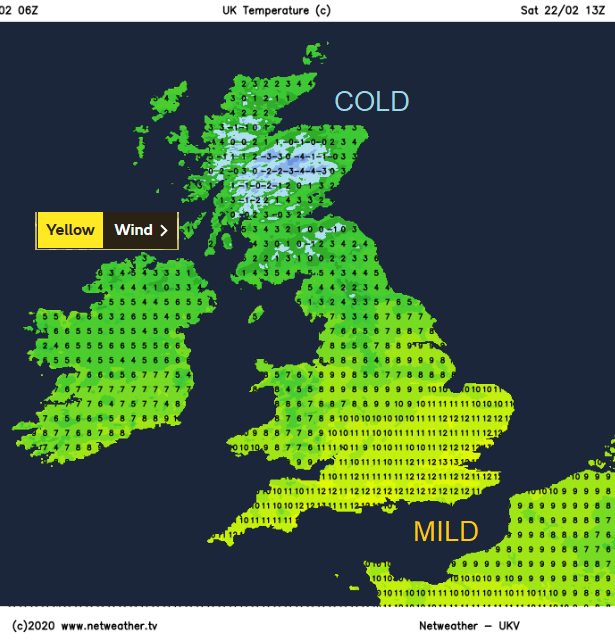 More rain on Saturday night as the cold front waves back north as a warm front which will bring rain to Wales, by the small hours into Northern Ireland, NW England and the Pennines again then over more of England. Mild air follows but as this frontal band hits the cold air in the north there could be snow swirling about for a time early on Sunday, maybe still during Sunday morning.  Sunday does settle down; the winds finally ease and there is a lull to end the weekend.

Before the Monday low pressure heads in with its wind, rain and northern hill snow