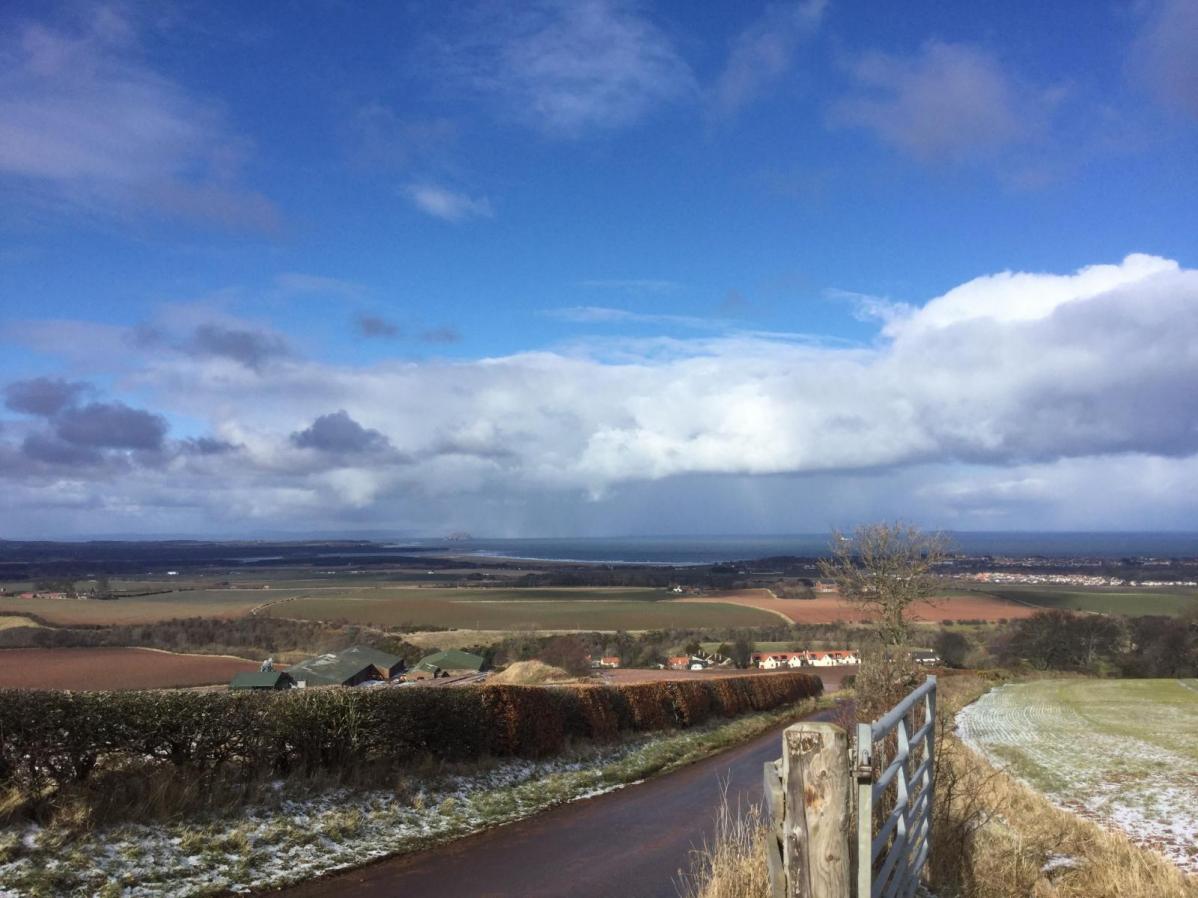 UK weather: A Wintry start for final week in January. Milder by payday

It’s cold away from SE England. Many areas are well down in single figures this morning with Ice warnings for northern Britain and Northern Ireland. SE England starts Monday around 7C with more cloud and rain showers. Further north and west there are large clusters of showers moving in from the Atlantic. These are a mixture of rain and sleet and through the day there will be hail and hill snow. The Scottish mountains have already seen snow overnight. 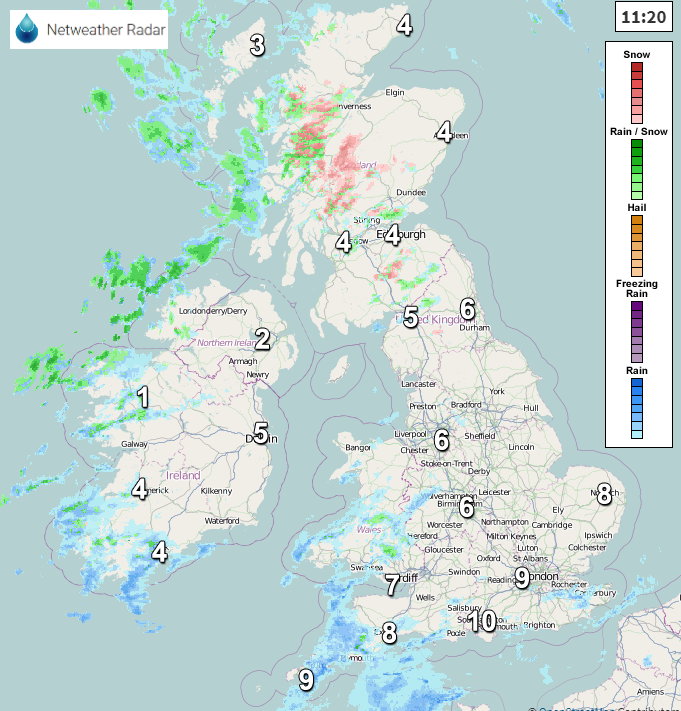 Last Monday we were waking up to news of a pressure reading of 1050hPa to end the weekend. This week we are back to the unsettled theme of low pressures whizzing in from the Atlantic bringing blustery winds, rain from the west and even to start the week, a bit of snow.

High pressure does try to settle our UK weather down in the south midweek, a high around 1018hPa but several low centres move by. One tonight, we’ll come back to that one, another lurks near to northern Scotland later on Tuesday into Wednesday with blustery winds and more wintry showers from the NW and then another one later Wednesday into Thursday, again for northern Scotland.

Resulting from this pattern there will be blustery winds, particularly in the NW with a lull midweek for the south. Western Britain and Northern Ireland see plenty of showers, mostly of rain with the risk of sleet and hill snow whereas other parts of Britain, especially the east have bright even sunny spells. 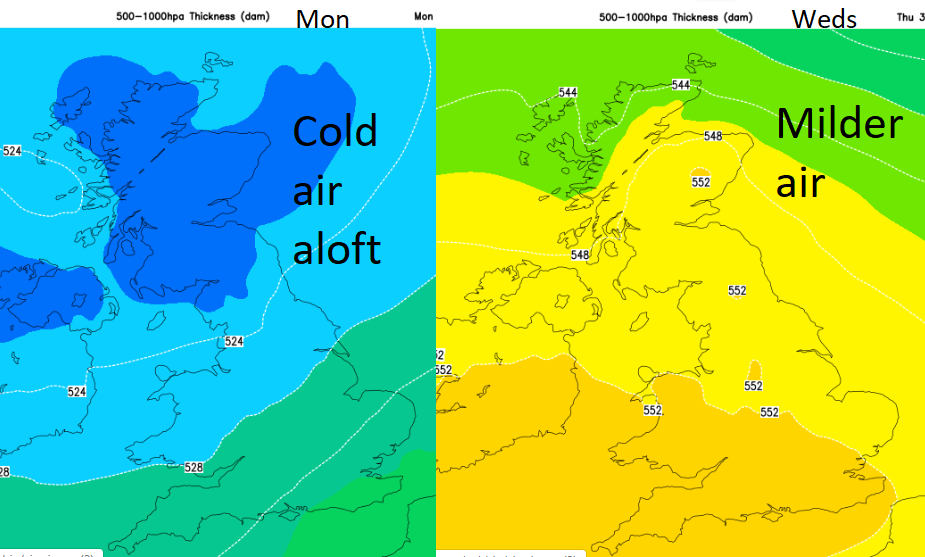 The risk of snow disappears later in the week as the cold air above us is replaced with milder air from the southwest with double figure temperatures at the surface for eastern then southern England Thursday and Friday. And southern Britain still looks mild at the weekend. 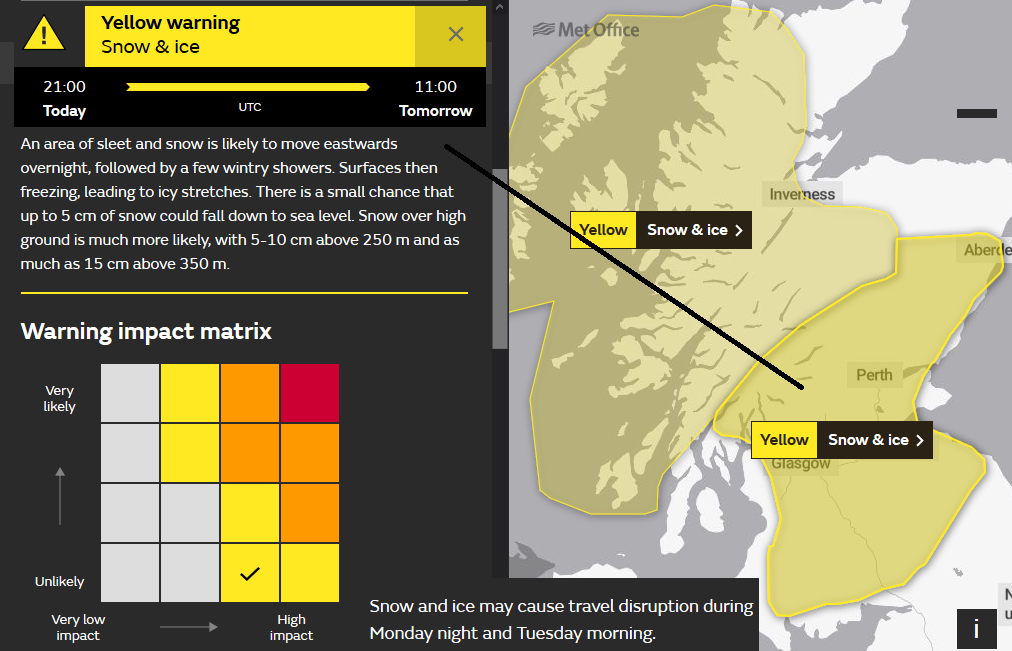 With air temperatures around zero and just above for the north. Monday starts with the risk of ice and wintry showers, although still of rain at low levels. The main area for these showers today will be NW Highlands and the Scottish Islands. There will be a few for Wales and Northern Ireland, also Cumbria but much of the northern half of the UK just has a fair but chilly day with a noticeable SW wind. 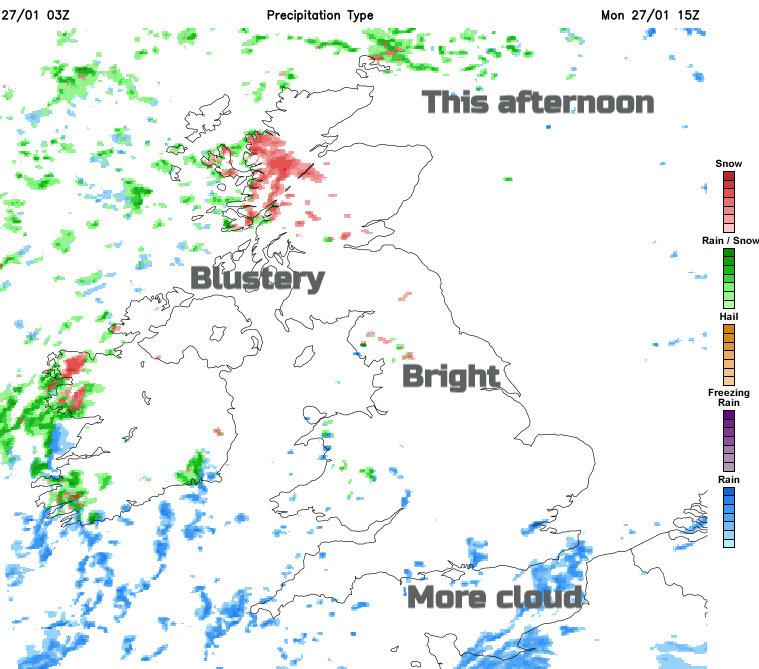 For southern Britain, there have been rain showers over the SE to start the day. One group move away towards the Low Countries, but more will move in from the English Channel over southern counties of England.

For Monday night a low centre will develop, the one I said I’d come back to, I’ve not forgotten. This is a secondary low from a large low pressure near to Iceland. It begins to develop tonight over Ireland and heads over northern Britain then out into the North Sea. Last week some model solutions really did develop this centre, so it was being kept an eye on for strong winds, the GFS still has hints of this as the low pulls away from eastern England. it could bring some snow even to lower levels during Monday night. 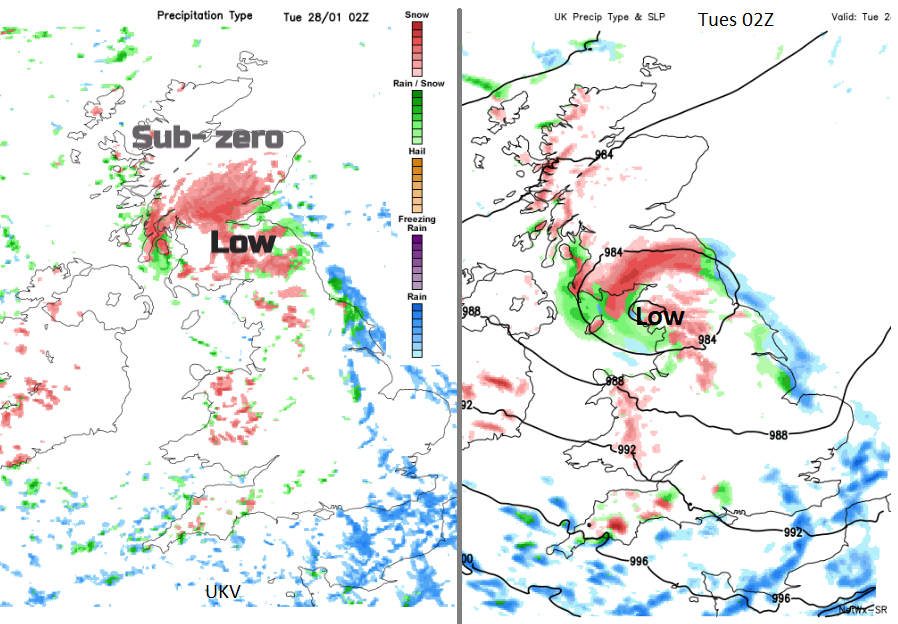 Looking at the output from the UKV and GFS model there are some differences in the path of the low centre and so the location of any snow. It will be interesting to see where the Met Office warn for snow after their mid-morning conflab. (Below from GFS Netweather SR model) 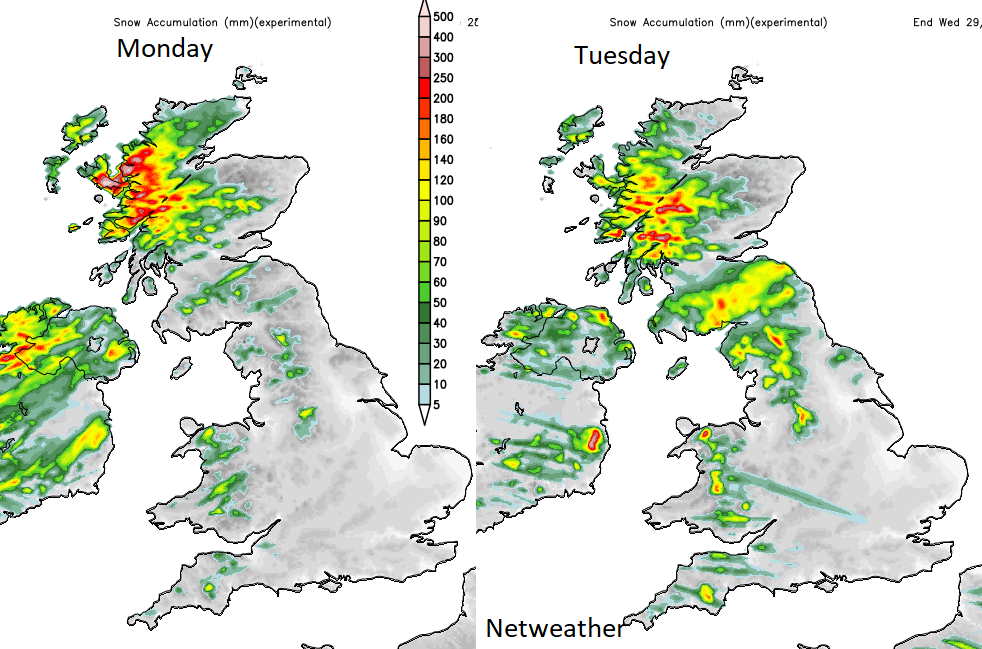 So, uncertainty in the forecast for Tuesday morning. It could be fair but cold for many with a few wintry snow showers from the west. With lying snow for parts of Northern Ireland and northern Britain from the overnight low. Or, with the low centre still over northern England and SE Scotland with strong winds to the south of the centre for the Irish Sea, NW England, into Wales and the possibility of snow for northern England and southern Scotland to start Tuesday. And fresh westerly winds for England and Wales, strong around some western coasts and maybe as the low moves towards the North Sea.

For the rest of Tuesday, it will feel cold, there will be bright spells and still a scattering of showers from the west.