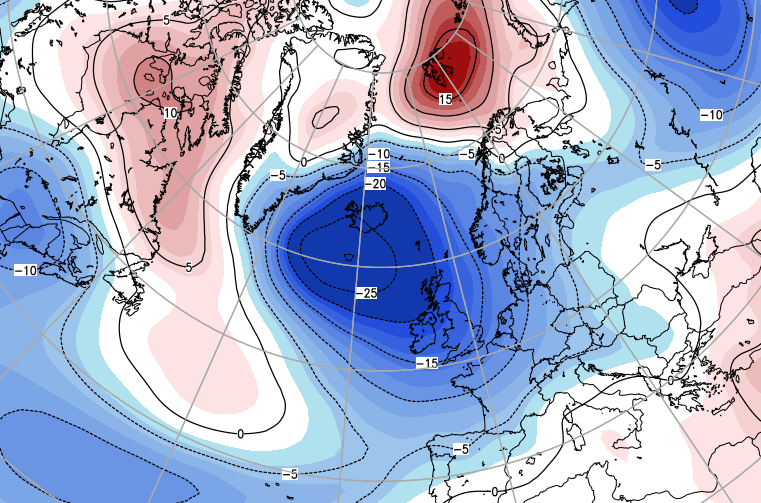 As pressure continues to fall, we'll lose the awful anticyclonic gloom that many areas have had over the past few days. By Sunday it'll be breezier and more unsettled as rain or showers spread from the West, with today a period of transition.

The weekend begins cloudy and misty in parts, but apart from a little drizzle in the West, it's mainly dry. Some places like yesterday remain cloudy, while others mostly in the East and South where winds will be light may see a few sunny intervals coming through later. Elsewhere, a South to South West wind becomes more noticeable and fresh in the North and North West, with parts of Northern Ireland and the Western Isles seeing some rain before dusk. The South-West may also see a few showers later. Otherwise, Saturday is mainly dry, with top temperatures between 8 and 10C.

Northern Ireland and much of Scotland turn wet after dark, with probably only just a few showers towards Lothian and The Borders. Southern counties of England may also see some showers, but they'll be 'hit and miss' before Cumbria, Wales and many western areas turn wet overnight. Elsewhere it should stay dry, but with variable amounts of cloud.

A South West to southerly wind still lighter towards the South-East becomes mostly moderate or fresh, with some strong or gale-force gusts likely over Northern Ireland and the North and West of Scotland later. It'll be a mild night though, with temperatures unlikely to fall below 5 to 8C.

Sunday completes the change to breezier, more unsettled conditions as a band of rain 'sweeps' steadily across the country from the West. This'll be heavy in places, before brighter weather although still with scattered blustery showers already across Northern Ireland, spreads to all but eastern England by dusk, where some parts may start the day bright perhaps with some sunshine. 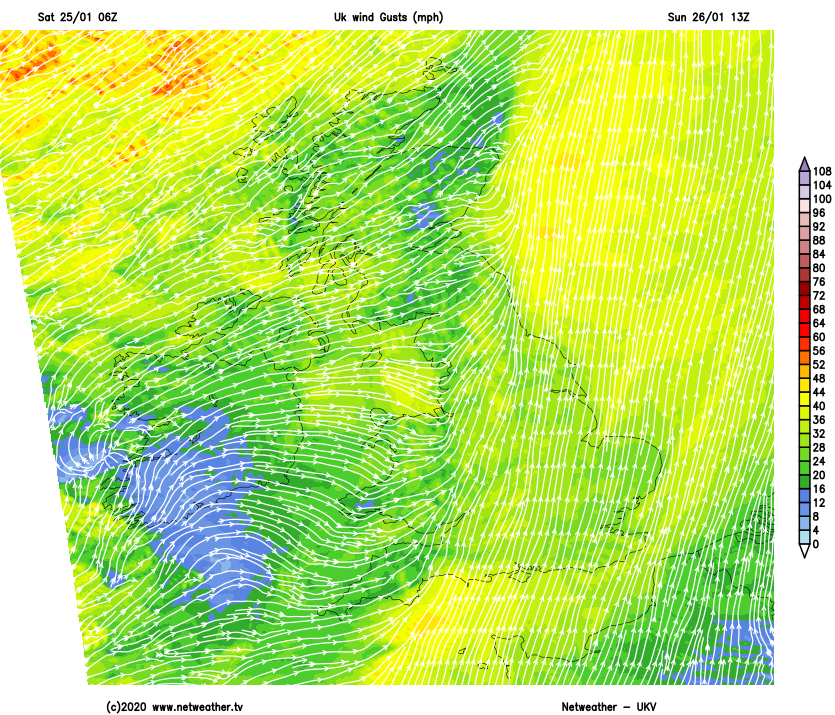 A fresh to strong and blustery southerly wind will give gales in exposed areas for a time, before 'veering' South West and decreasing a little with the arrival of the brighter weather. Although mild at first it'll turn colder as the rain clears, with the showers turning wintry on Scottish hills later. Temperatures ahead of the rain 8 to 10C, falling to 5 to 8C in the brighter weather.

The rain finally clears from East Anglia and the South East during the evening, leaving clear intervals here for a while, but with the risk of further scattered showers before morning. 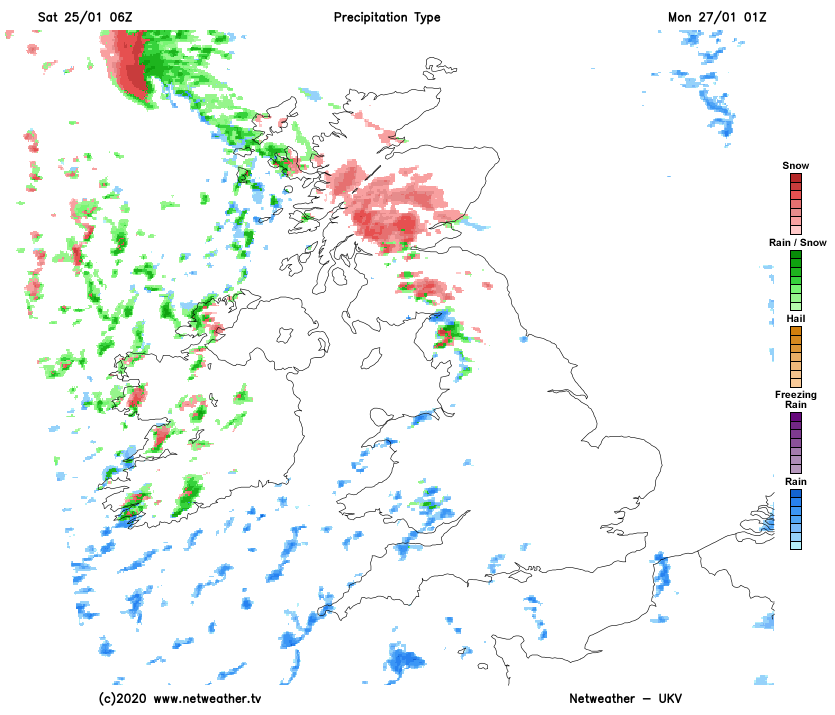 Elsewhere a blustery South West wind that'll feel raw will bring showers. Some will be heavy and wintry falling as snow mostly on hills, but at lower levels over parts of Northern Ireland, Scotland and the far North of England. This'll give some icy patches by morning, as temperatures fall to between freezing and about 5C.