We're going from one extreme to another, as a large anticyclone becomes established across the country over the coming weekend. By Sunday we could be seeing unusually high barometer readings as it becomes much quieter but also somewhat colder, with frost and patchy fog at night. But for the meantime, it remains very mild and windy, with a band of rain crossing the country from the West today. 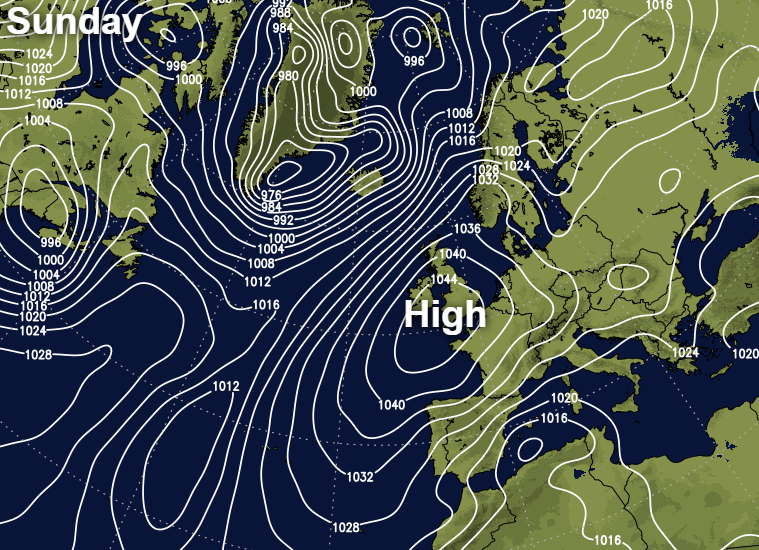 Another thing you'll notice will be the strength of the wind, that'll freshen markedly ahead of the rain. A South or South Easterly wind will become fresh or strong, with gusts to gale force quite widely. In the North and West and exposed areas, gusts of 55 to 65mph even 70mph are likely for a time, before winds 'veer' South Westerly and decrease a little in the West later. Although feeling chilly in the East at first, temperatures will rise steadily to reach a very mild 8 to 12C eventually.

Central and eastern areas have a wet evening with bursts of heavy rain before clearer weather moves in from the West, but it'll probably be well into the night before this finally reaches the South East. Elsewhere broken skies will allow clear intervals, but there'll be showers especially over Northern Ireland, Scotland and in the West, where some will be heavy and blustery. After a brief lull in the East, a South West to southerly wind becomes fresh again in most parts, with gales still likely in the West and over exposed coasts and hills. A touch of ground frost is possible in a few well sheltered eastern areas, but for most temperatures shouldn't fall below 5 to 8C. 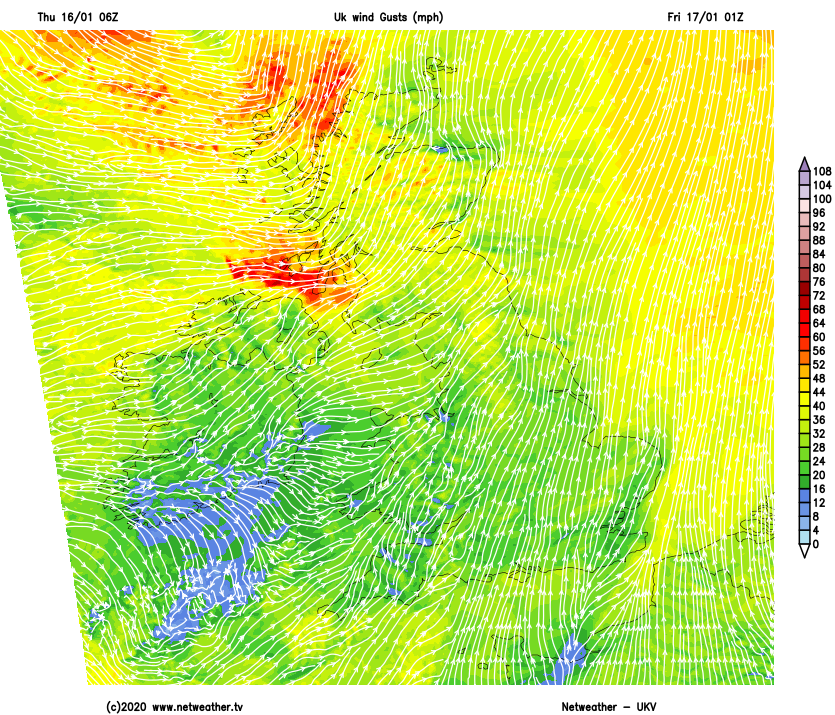 While most places see sunny intervals on Friday, there'll also be showers occasionally enhanced by embedded troughs. Some of the showers will be heavy, blustery and wintry on Scottish hills before they perhaps begin to fade towards the South West by dusk. A South West or Westerly wind remains blustery in the vicinity of showers in a somewhat colder day, with temperatures mostly between 5 and 9C.

There'll be clear intervals after dark when the showers begin to fade, although Scotland, where the showers will be wintry on hills, and some eastern regions may continue to see a few for a while. As pressure rises though, most parts should have become dry by morning. A West to North West wind will feel chilly, with a ground frost in some sheltered rural areas by dawn, as temperatures fall to between 1 and 5C. We then see that major change on Saturday that could last well into next week giving some pleasant quite sunny days, but with frost and patchy fog at night.