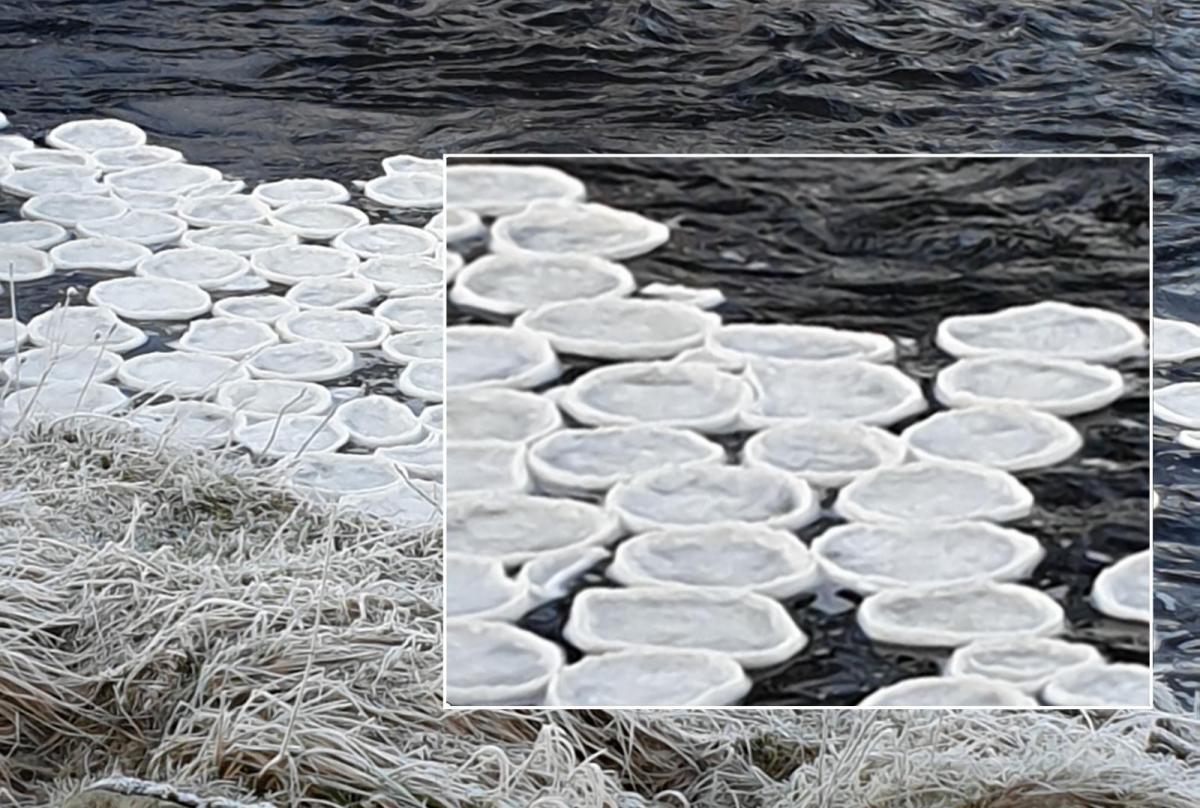 These ice formations are usually found in the Arctic, Antarctic or Baltic Sea but do sometimes form in the rivers of Scotland or northern England. They are known as "ice pancakes" or "pancake ice," a natural formation that occurs when conditions are just right. 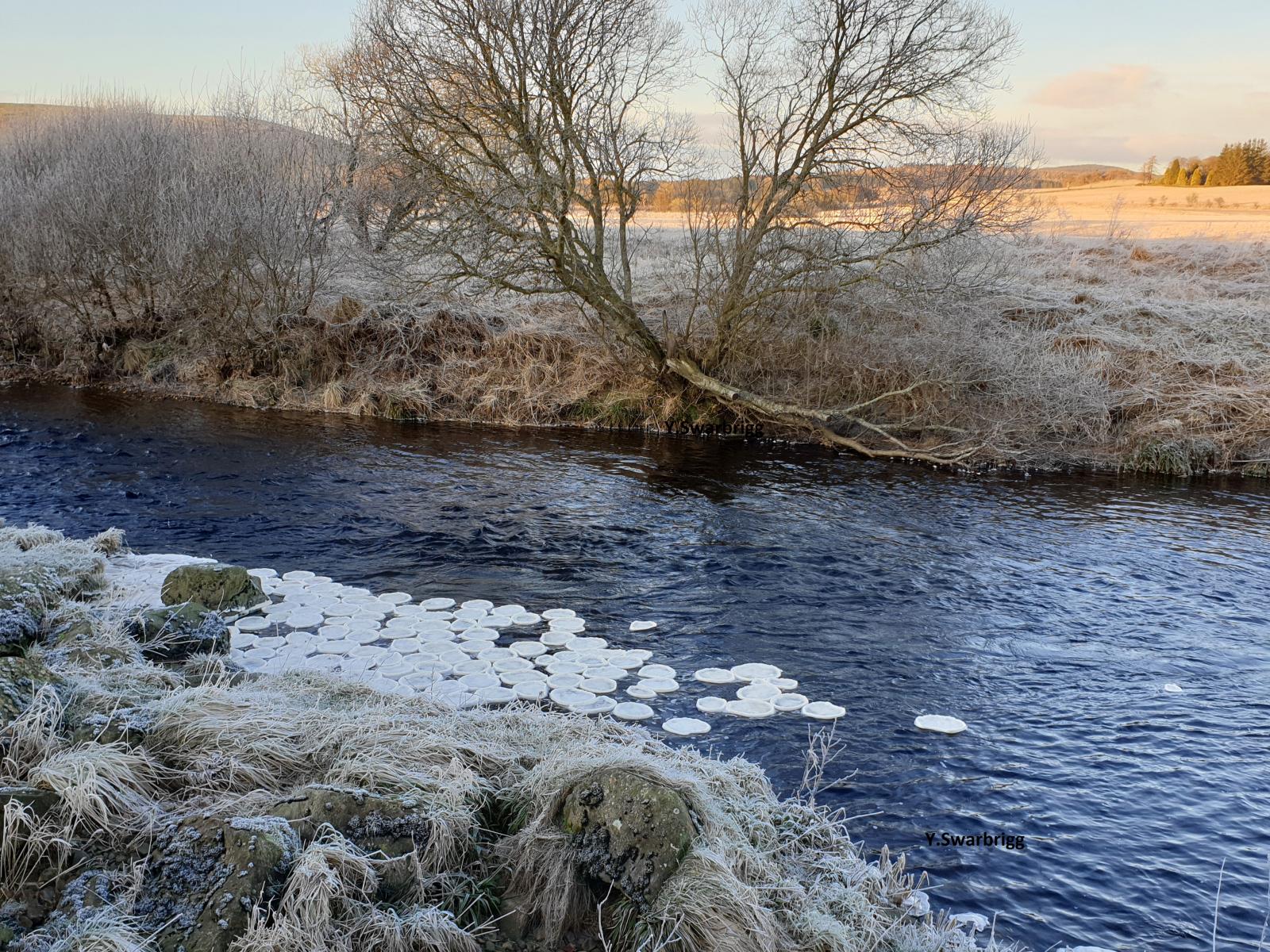 As water begins to freeze, small needle-like ice crystals called frazil form and slush in the moving waters. The frazil crystals begin to accumulate into slushy circular disks, the pancakes. Foam in rivers can also act as a starting point, this freezes and slush adds too it. If they get caught say at the side of a river they build raised edges from bumping into each other from the ongoing motion of the water. A group will collect as an ice pancake spectacle, which then in colder waters can form a sheet of ice.

It needs to be cold enough, with some water motion to jostle the ice pieces and round their edges to look like white lily pads. 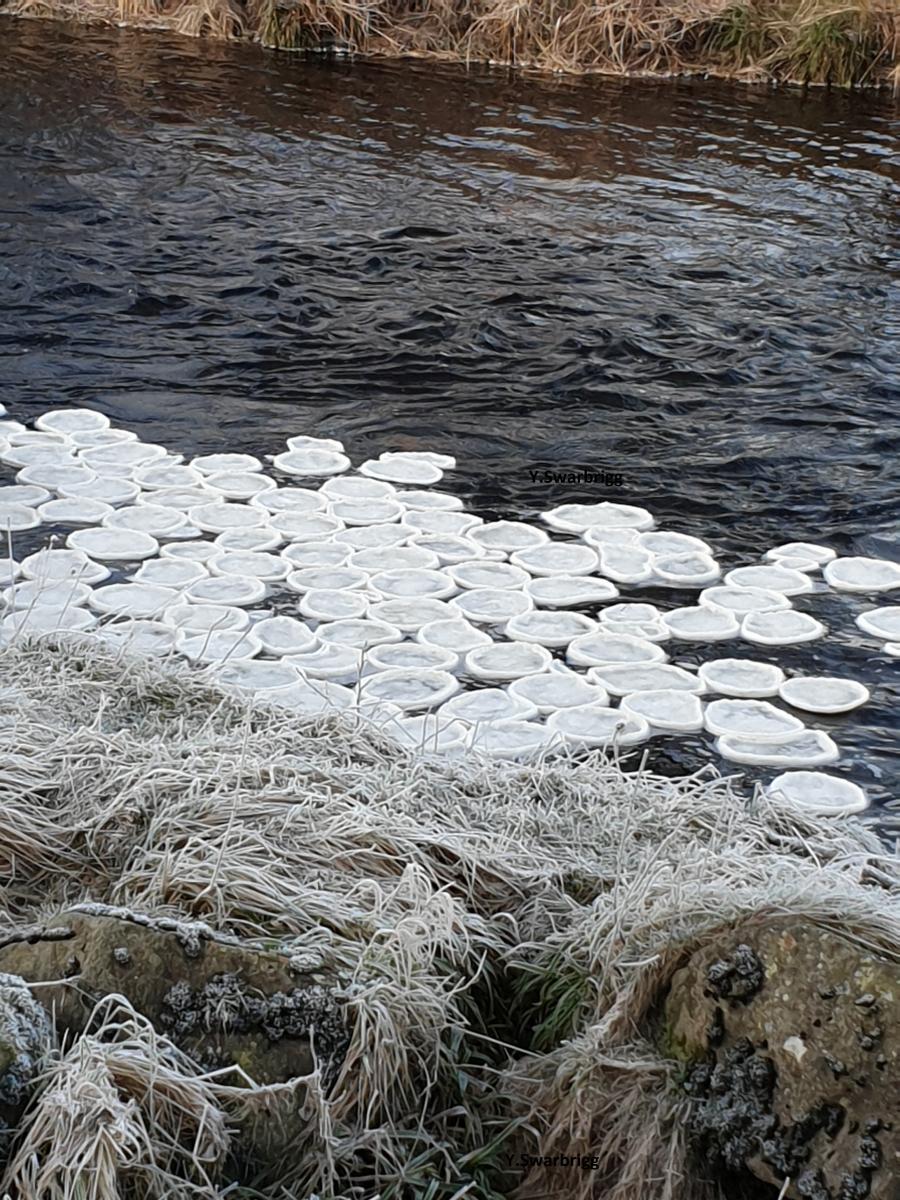 These ice pancakes were seen on the River Deveron, Huntly, Aberdeenshire Jan 10th 2020. It had been cold overnight, down to -6C in Aberdeen but not extreme for the time of year in Grampian.

The photographer said “I wasn’t sure what they were, they looked like giant prawn crackers. I saw one floating down the river, then came across the group of them further up. “

They were also seen on the River Dee the same day. They would be too slushy to pick up but still look most intriguing.