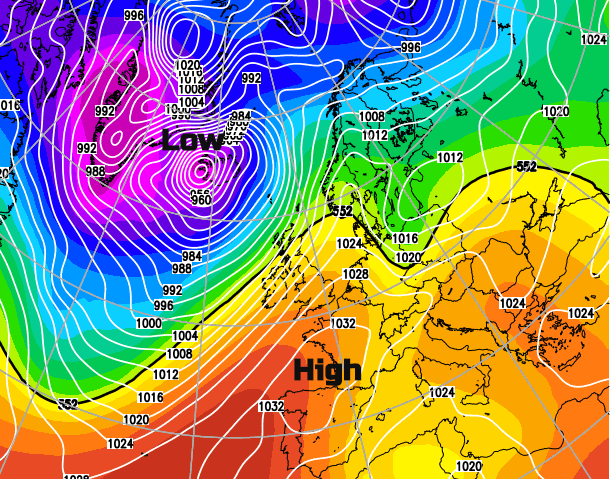 It is January, so no-one should be expecting much from the UK weather. Saturday looks very unsettled and there will be a few snow showers for the hills as it turns colder by Sunday. As another deep low heads for Iceland at the end of the working week, the UK will see wet and windy weather from this system Friday night into Saturday. There are weather warnings issued already for Saturday.  The wind and rain could affect some sporting events. 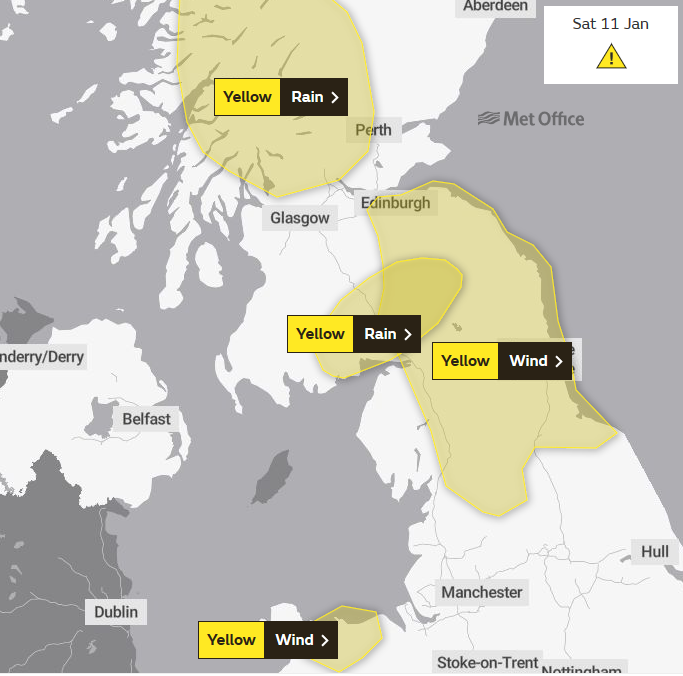 High pressure builds over Europe with the UK and Scandinavia too far away to feel any benefits of settled conditions. The Icelandic storm low influences Saturday’s weather particularly for the NW half of the UK and after that another Atlantic low tries to swing our way but rotates northwards, again towards Iceland spawning other secondary lows which could hit the UK next week bringing more wind and rain. The risk of flooding remains with high groundwater levels and rivers. 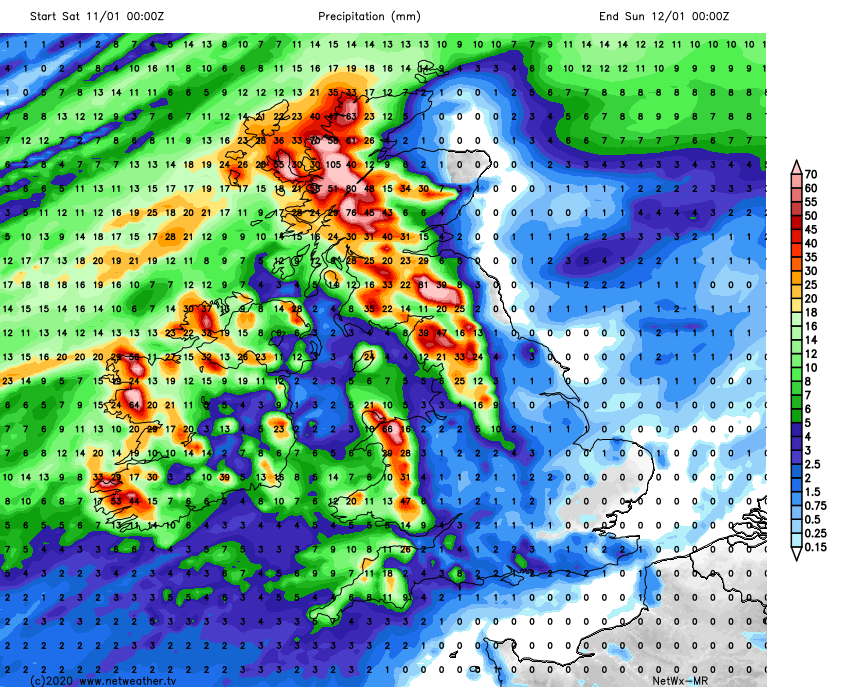 Southeastern Britain will stay quite dry as will parts of eastern Britain as all this unsettled weather heads in from the west. Blustery winds will pick up and it will feel chilly with the air being quite damp.

For Premier League matches Crystal Palace v Arsenal and Chelsea v Burnley on Saturday 11th it looks dry but with a cool breeze, it will feel chilly. 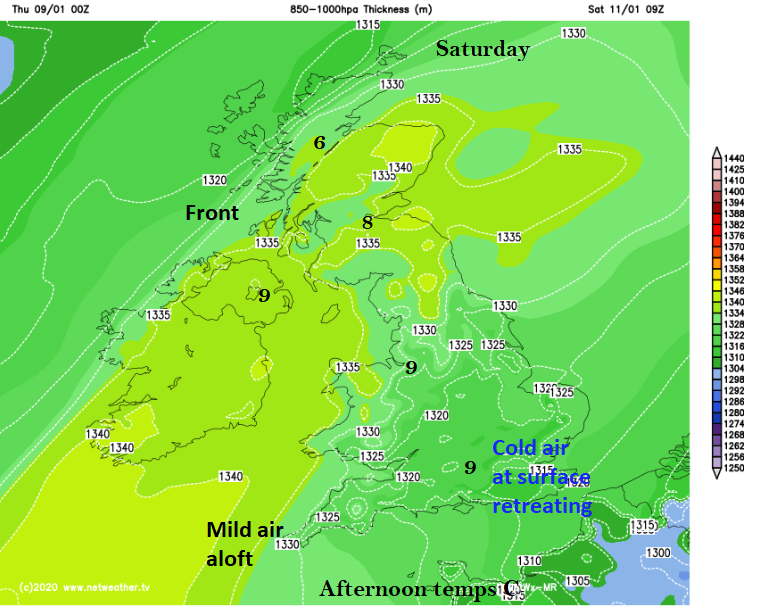 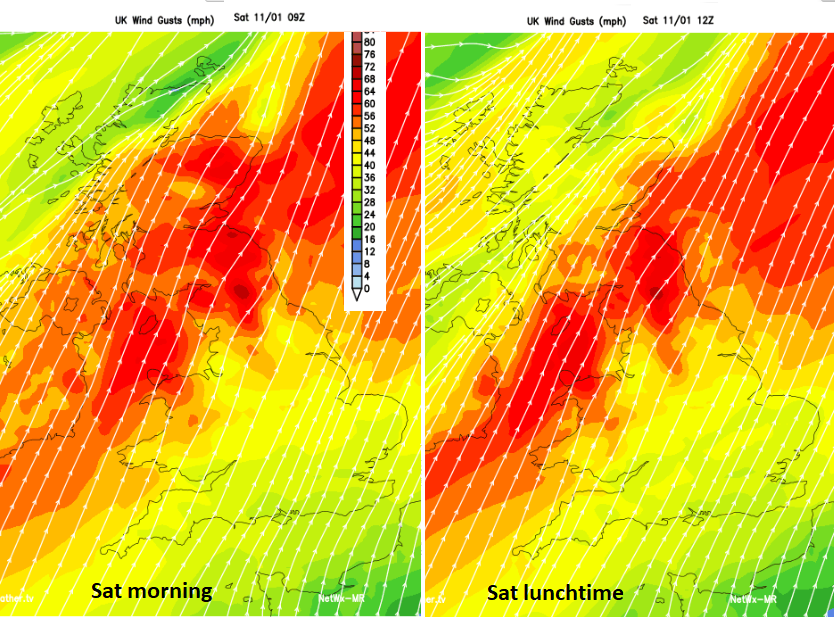 The heavy rain arrives for western Scotland on Friday evening, spreads over Northern Ireland, Cumbria and Snowdonia in particular but affecting western Britain more with shelter further east. During Saturday the main rain band moves southwards from Scotland and Northern Ireland over northern England into Wales then SW England by Saturday evening. Always heaviest in the west with blustery winds.

Local river and surface water flooding is possible across parts of the north of England on Saturday and Sunday. Env. Agency 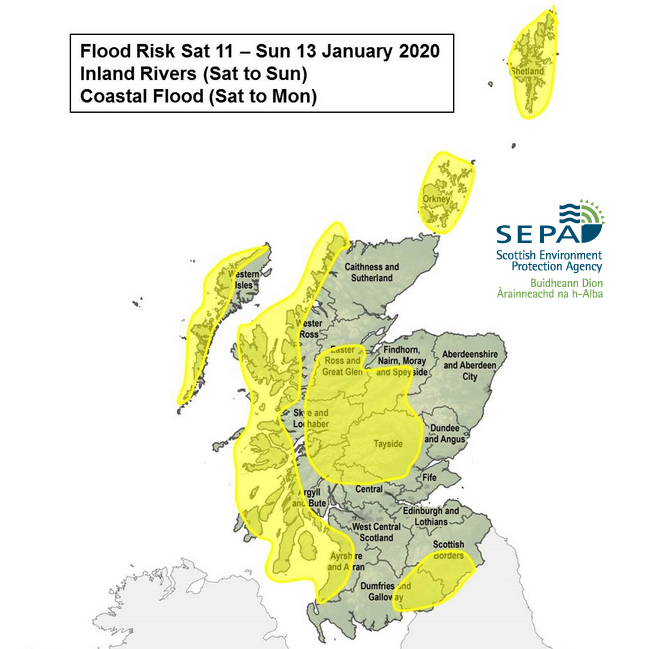 This cold front will allow chilly air to flood in from the NW and any showers will be wintry over the hills. So if you are hill walking on Sunday, it will be windy and cold with snow showers for the Welsh mountains, a sleety mix for Northern Ireland and snow accumulations for the NW Highlands, even northern Pennine or Cumbrian Fells over the tops. 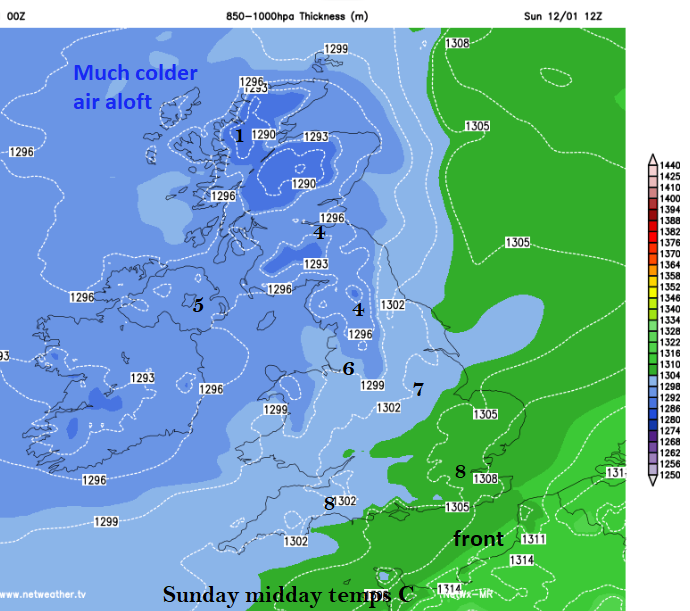 Another low could tuck in during Saturday night bringing more rain and blustery winds to Ireland and Scotland early on Sunday, we’ll have to watch developments here. Then Sunday is left with a brisk westerly flow. It will feel cold in these winds but they ease in the south by Sunday afternoon.