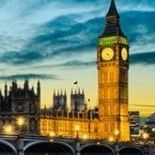 Appeal to help stop this before Valentines Day.