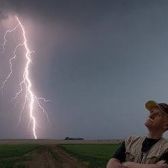 Some memories from tours 1 & 2