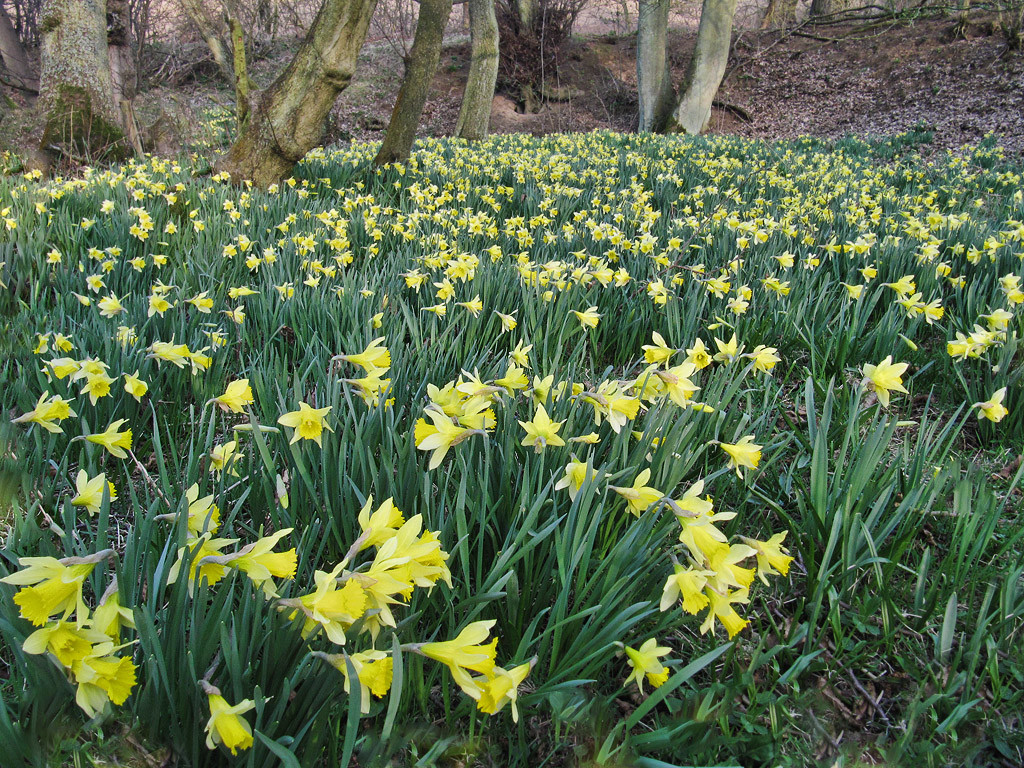 Wild daffodils by the River Esk

Most of the North York Moors dales have wild daffodils in abundance.

Believed not truly native, there are enigmatic connections with the medieval Crusaders who may have brought bulbs home from the Middle East.

They were grown as a medicinal plant originally. Flowering during Lent (also known as Lenten Lilies) has given them a connection with Christianity and it's likely the Great Abbeys such as Rievaulx helped to some extent in spreading them around the area they managed.

They are thoroughly naturalised now, and spread by seeds and sometimes water moving bulbs during flood events.

Photo Information for Wild daffodils by the River Esk