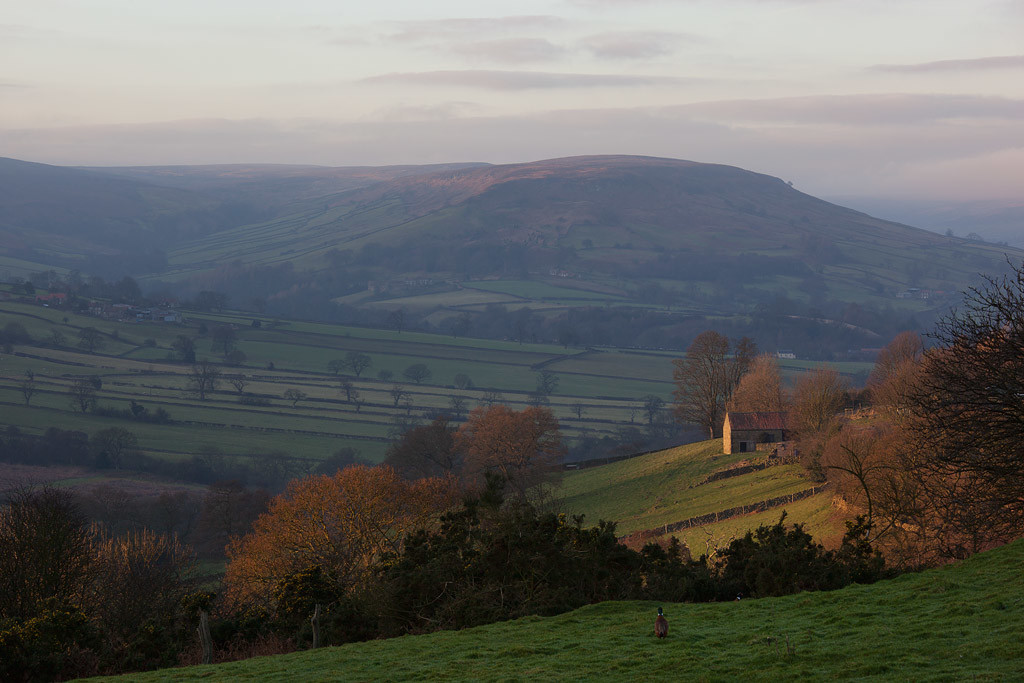 Fryup is a tributary dale to Eskdale inland from Whitby.

This area has a complex glacial history with huge moraines from an ice sheet over what is now the North Sea periodically blocking normal drainage - then releasing catastrophic amounts of water.

For example the well-known North York Moors steam railway uses Newtondale gorge as an easy way through the elevated moorland.

This was a channel cut in a very short time as a large lake in Eskdale suddenly burst through an ice dam realeasing a biblical flood towards where Pickering is now located.

The railway engineers also used an old overflow drainage channel as a route between Whitby and Middlesbrough.

At one time the whole upper Esk Valley drained northwards as a tributary of what is now the Tees.

The curious name of Fryup probably comes from the Old English "Frige-hop".